This is the Episode-II, of the amazing predator-prey interactions that I witnessed during my trip to the wonderful and seemingly endless grassy plains of the Serengeti.

You can read my previous post, the Episode-I , here – When elephants crossed paths with the lions at Serengeti

The onset of the dry season brings about a lot of changes at the helm of the social structure of most major predators of the grasslands. With the water table going low and the prey base dwindling, many new pacts seem to come into play. Among lions, two, or sometimes more number of males, generally siblings, get together to take over a pride. A pact, that is beneficial to them, making them a formidable team and enabling them to rule over a huge territory without much contention.

One such pair forms the main character of this story. 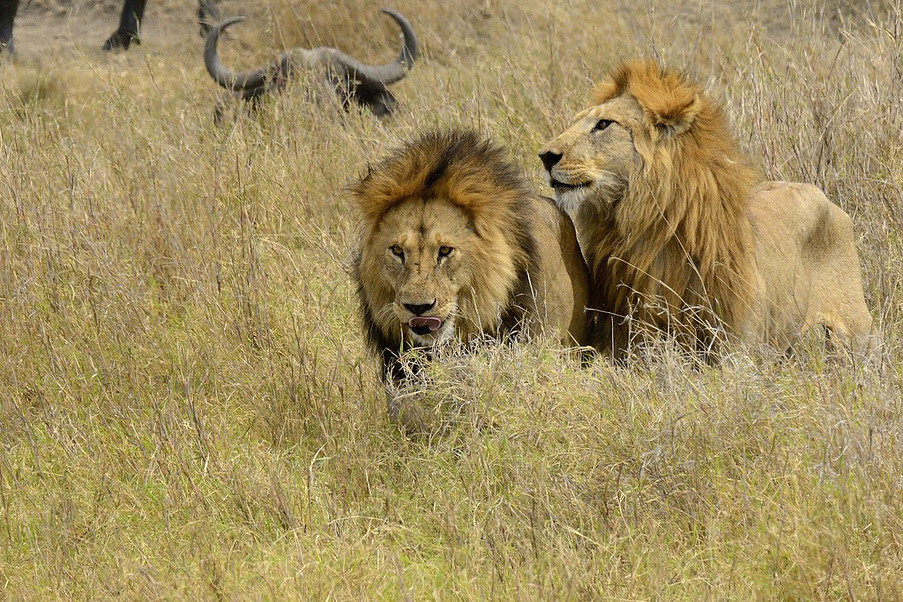 One, hot afternoon, these guys were in the bushes near a water hole, doing what lions do best during the day, dozing away. Just so as to break the lions’ siesta, a huge, a really huge, herd of buffaloes were making their way towards the water hole. As they strode forward, a few of the bulls among them, seemed to have picked up the scent of the predators.

The big herd was pretty much mobbing the two lions, almost having them surrounded. But, the arrogance of the supreme predator came to fore. They didn’t seem to care and stood their ground, albeit intently watching.

Though it didn’t seem as if the lions were in the mood for a hunt, the buffaloes, with little calves in their herd, were extra cautious. Other than the ones that had gotten down into the water hole for a quick drink, the rest of the herd had their attention focused on the lions. All the bulls had their horns turned towards the lions. Neither party made any move. This stalemate continued for sometime. Then, suddenly, one of the bulls, made the charge. This finally broke the lions’ brazen contempt and got them on the run.

This bull’s initiative got a few of the others going and they started cornering the lions, pushing them to the very edge of the water hole. 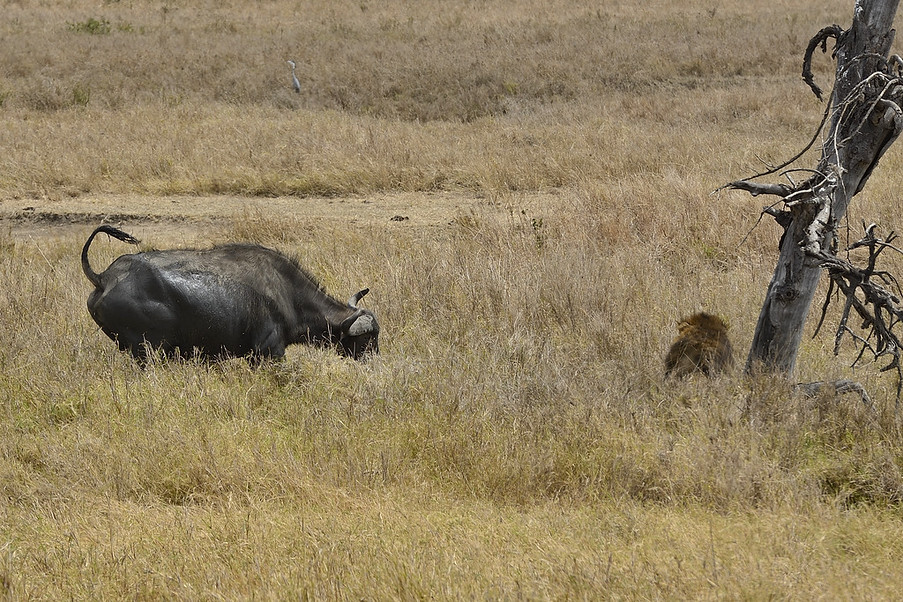 After a couple of heated charges, the lions finally seemed to realize that they were quite outnumbered here and made a sensible retreat. 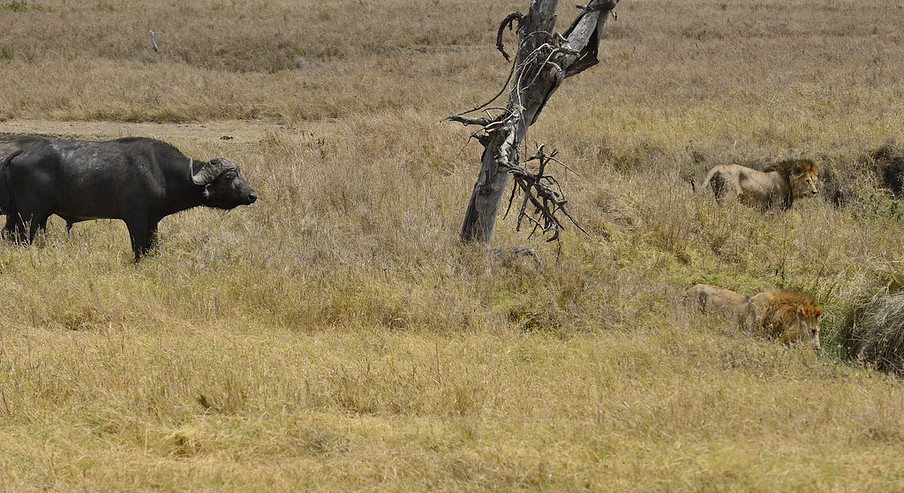 But the way of this amazing grassland is such that, come nightfall, the tables turn around quite drastically. I guess the lions knew this and decided that they would get even, then.

In all, it was a fantastic experience watching a Nat-Geo like moment play through in front of me.