It was a long time, I was waiting for a trip to Ooty for birding, after seeing the great images of birds made by my co-clickers. Ooty is an area of colourful birds, and almost all the birds are among the charismatic class, in other words, most celebrated by bird photographers.

So, I planned a trip to Ooty in the beginning of March, for a sat/sun. The summer vacation crowd was just starting. The main two areas to cover were - Botanical garden and Doddabetta, as per an expert's advise.

First place I visited was the Botanical garden. I was invited by few Oriental White-eyes which had just started their day, collecting honey from the Bottle Brush flowers. Soon after that, I could see the Nilgiri Flycatcher - the 2nd most popular bird locally.

After a while walking, I could only see couple of Indian Pond herons, Sparrows and Red-whiskered Bulbuls. I was told, the Kashmiri Flycatcher has not visited Ooty this year. Then after sometime, I saw the most popular bird of Ooty - Black and Orange Flycatcher. I fell in love with the bird, the first time I saw it. It was a curious little bird, with black and orange colours in its plumage as its name say.

In Ooty, I could feel that the birds are very much used to humans and are not as shy as the birds I have seen in western ghats. In the botanical garden, I saw Black and Orange Flycatcher, Nilgiri Flycatcher, Grey headed Canary Flycatcher, Bar-winged Flycatcher Shrike, Plenty of Indian Black Birds collecting nesting materials, Red-whiskered Bulbuls, Great tits, Common Moorhen, Indian Pond Herons, Spotted Dove and lots & lots of House Sparrows.

Then I started to Doddabetta after a quick lunch. It was around 7Km from Ooty town, and another 3 Km was reached via a four-by-four jeep drive. In Doddabetta, I found the Nilgiri Laughing Thrush, White-bellied Shortwing and Common Rosefinsh. Also I saw the Nilgiri Wood Pigeon and a Black eagle. The birds here are adapted to feed on the throw-away of fruits from the vendors.

Out of all the birds I saw in Ooty, I liked the Black and Orange Flycatcher the most. The curious little bird is so cute to watch. The way they behave after seeing a person in its territory, the way it calls with its bright orange tail spread to show the territorial display, everything was beautiful about this bird. I saw 2 pairs of them, and a single male, in both botanical garden and at Doddabetta.

The main population of this bird is found in the high elevation plateaus (above 1500m) areas of the Nilgiris, Palani Hills, Biligirirangans (Bellaji and Honnametti) and Kannan Devan Hills. They prefer areas with high leaf litter and undergrowth in open shola grassland habitats.

In the breeding season, March to May, these birds are very vocal. They feed on insects by flycatching low over the ground and also pick insects from the ground. Territories are maintained by a pair throughout the year. The threat display involves the male pointing bill up, fanning the tail, opening wings and producing "keet-keet" notes. Males are usually involved in defense but females may sometimes join in. The nest is built by the female, placed in a low bush or fern. Two greyish speckled eggs form the usual clutch. Young birds are brownish and speckled. The nest is unlike that of most flycatchers and is large, coarse, ball-like and made from sedges. The nest has a foundation of dry leaves and ferns. The nest has an external diameter of about 6 inches (15 cm) and the egg cavity which is devoid of any lining is about 2 inches (5.1 cm) in diameter and 2 inches (5.1 cm) deep. The nest is placed usually at the centre of a bush at about 1 to 3 feet (0.30 to 0.91 m) height with an entrance hole close to the top.

The peak feeding activity of the birds is early in the morning and towards dusk. During these period they capture as many as 100 insects an hour whereas at mid-day they are half as efficient. 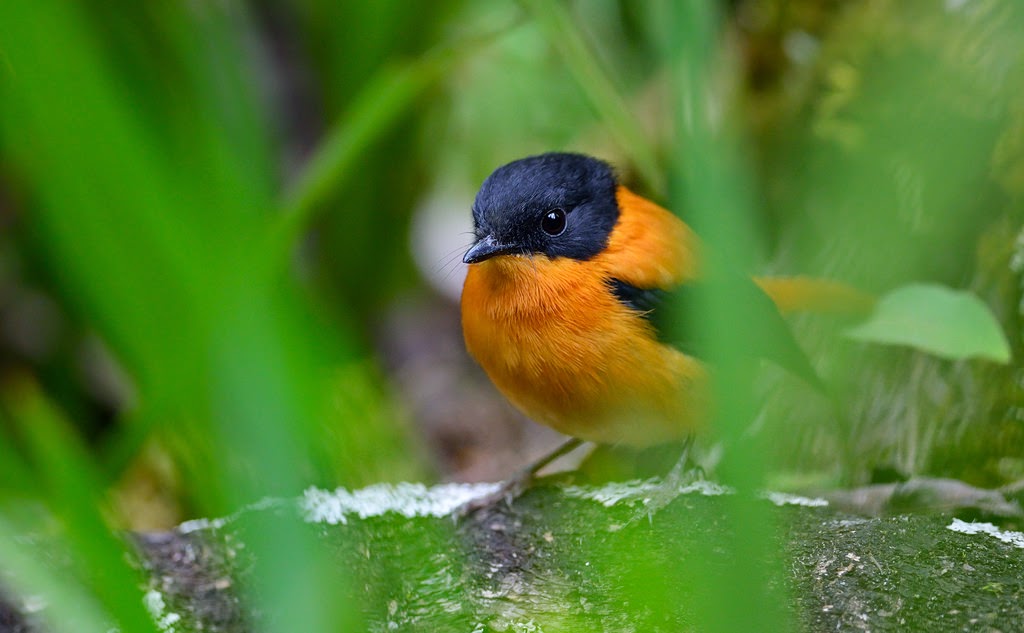 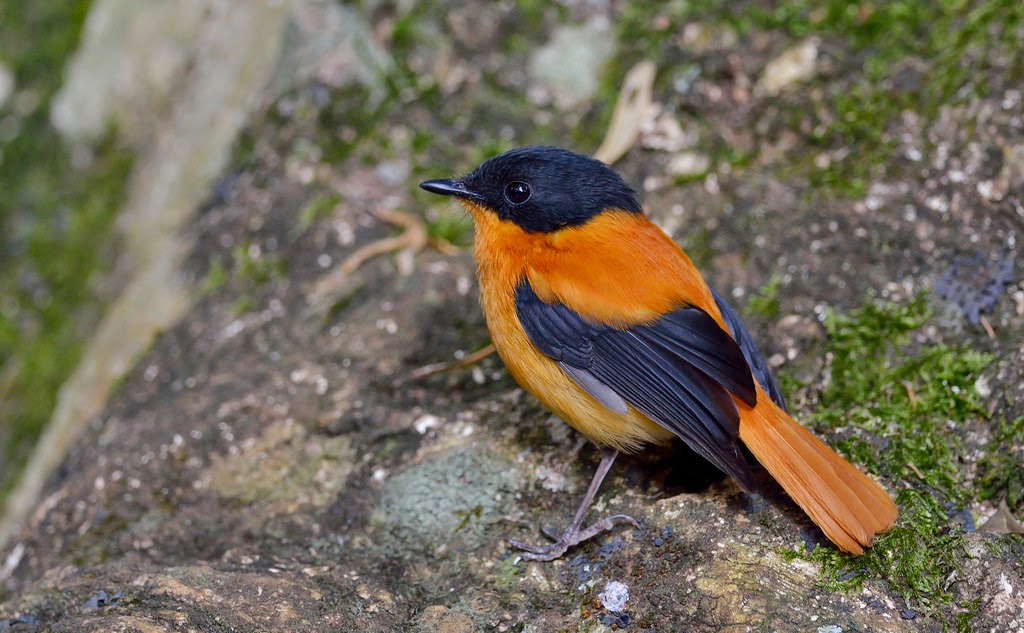 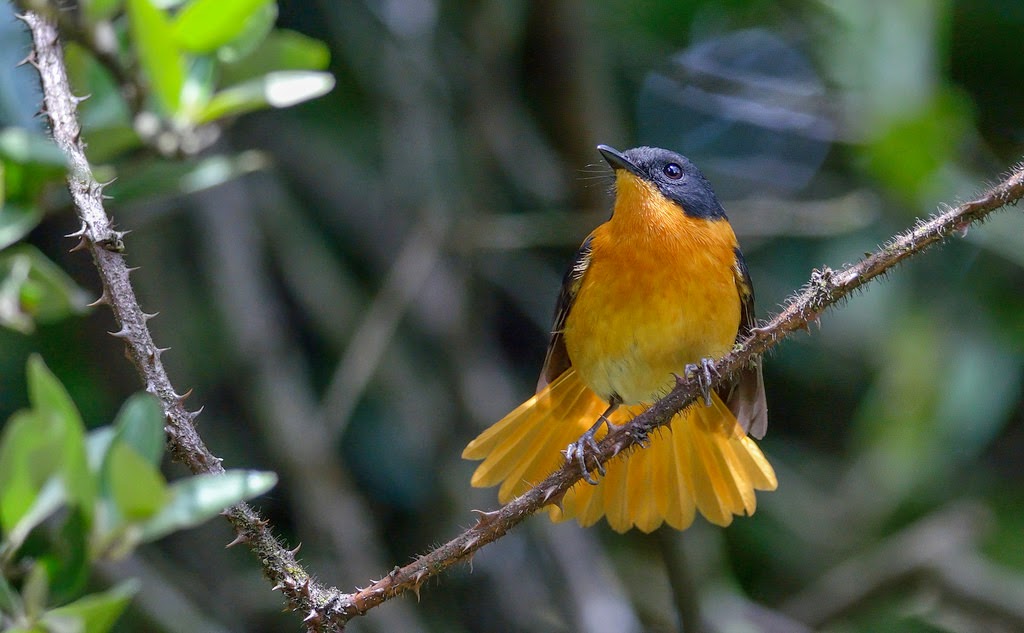 Other birds of Ooty... 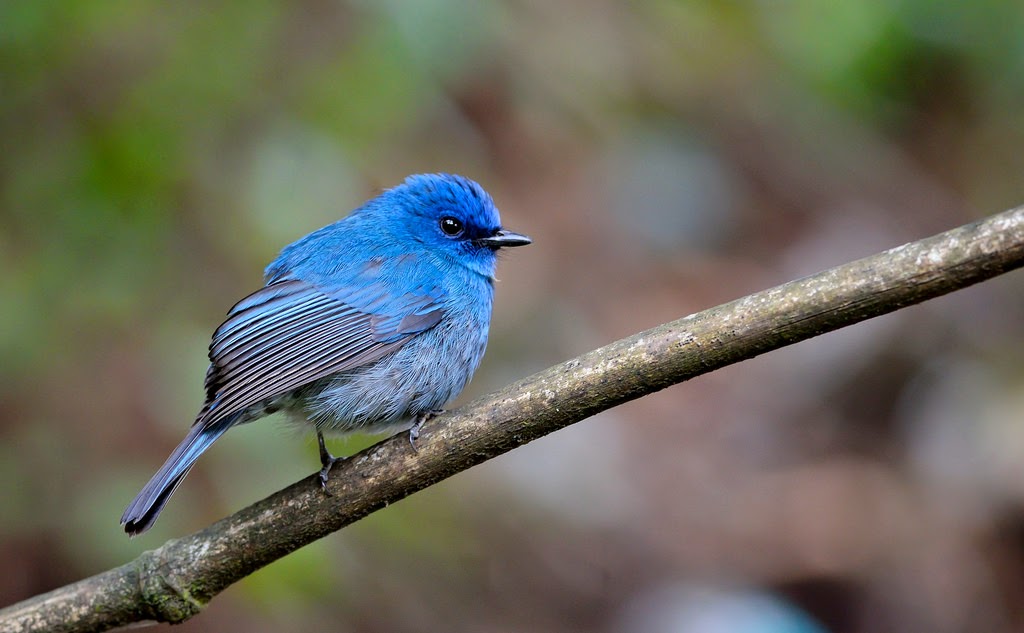 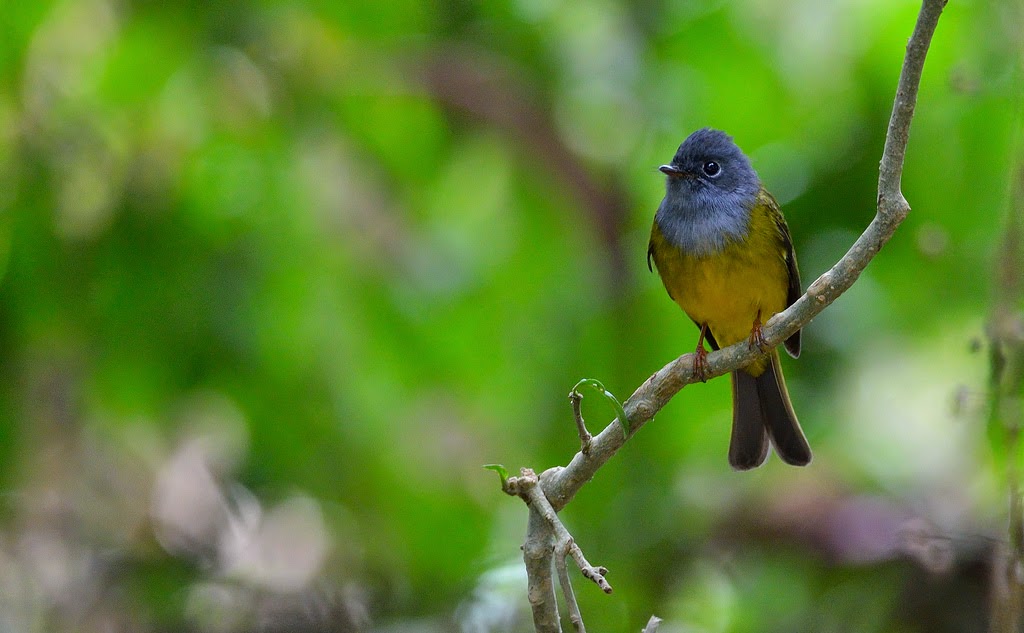 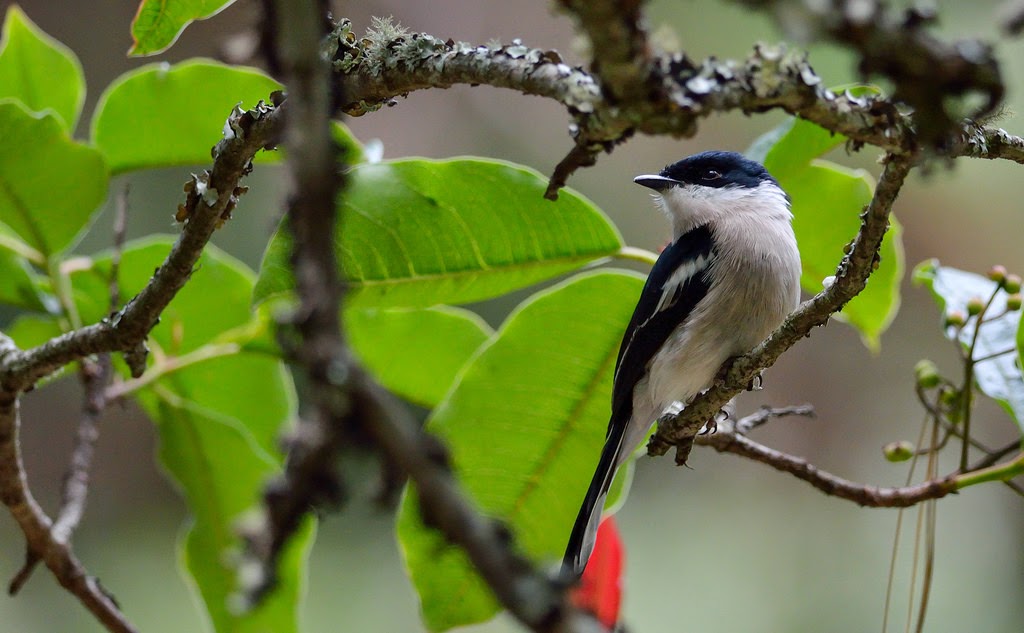 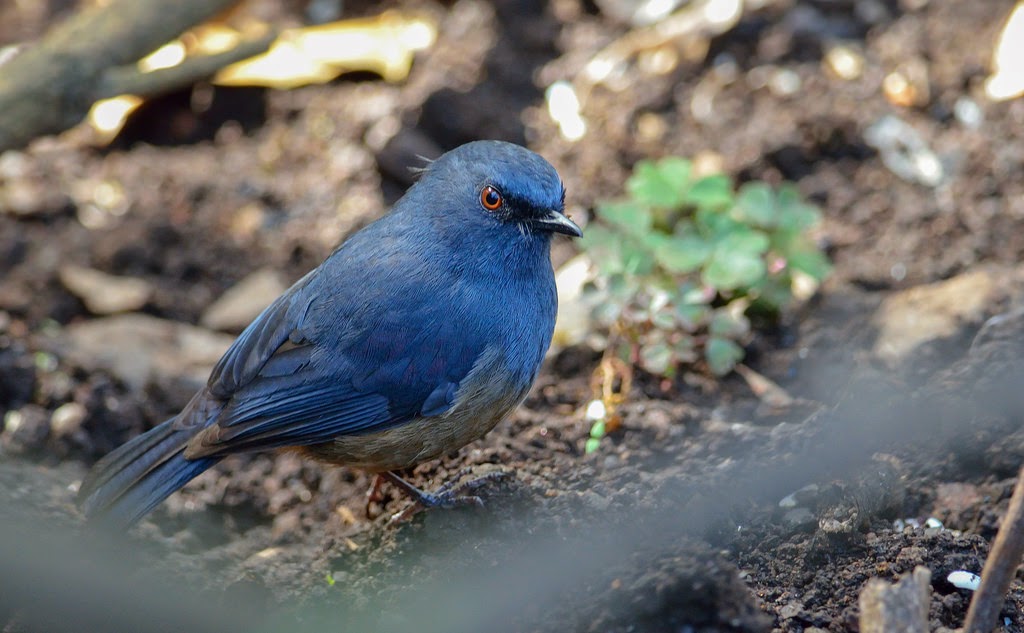 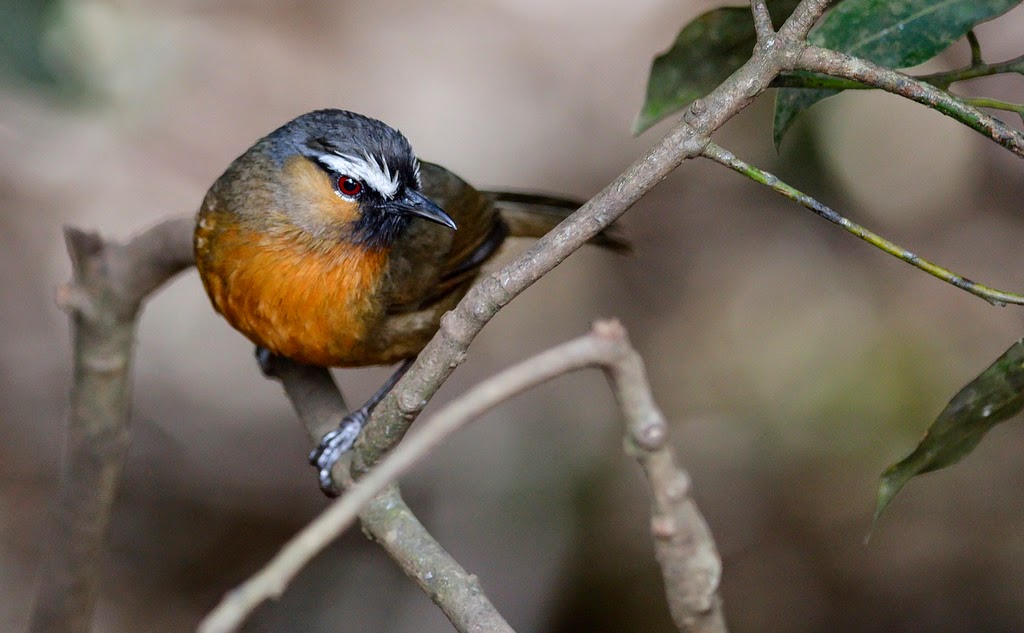 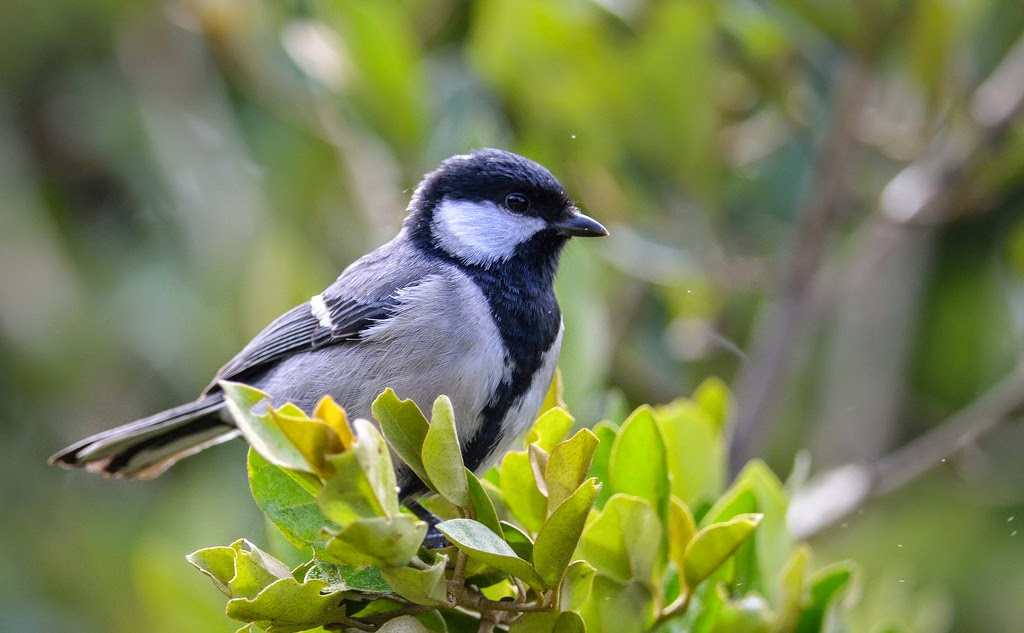 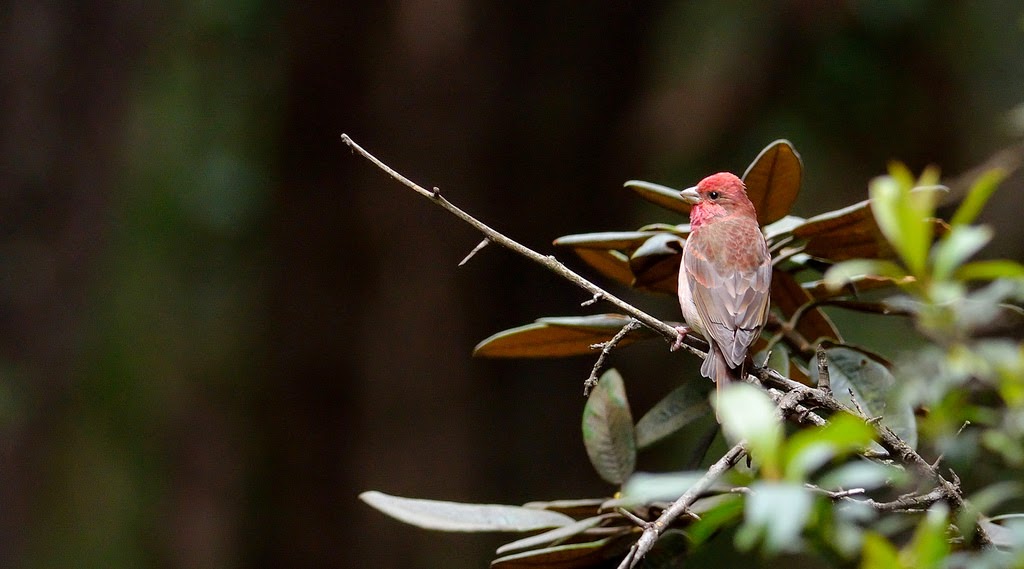 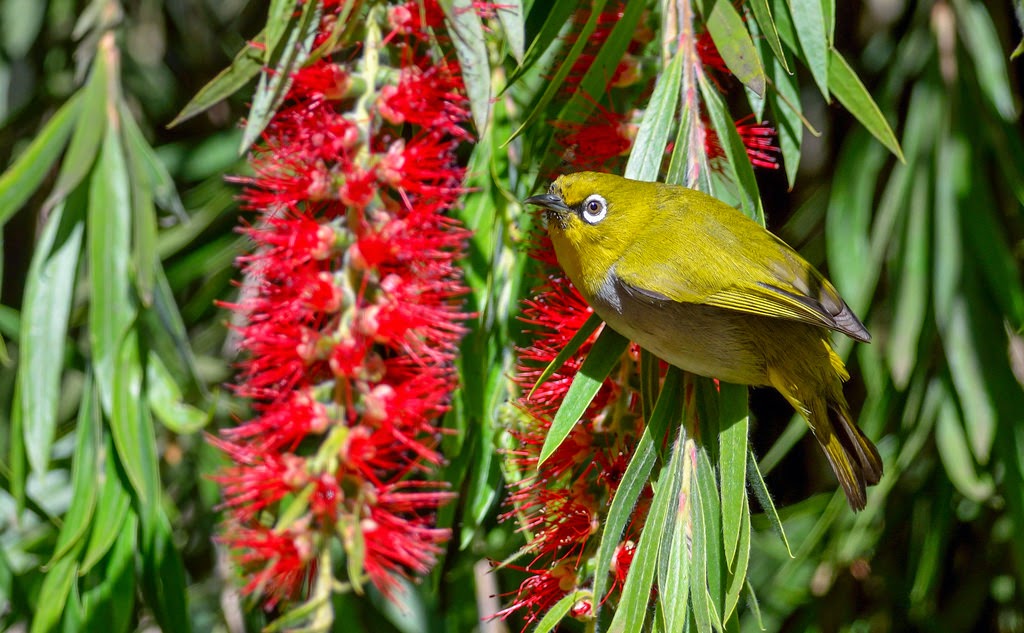 Overall, it was a great trip to Nilgiris, and I still remember the call and jumping of the cute little Black and Orange flycatcher.