Tal Chhapar, located at Churu District of Rajasthan, is a grassland situated on the fringe of great Indian Desert. This was once a private hunting area of erstwhile Maharaja of Bikaner. Blackbucks were introduced at Tal Chhapar in 1920.

Blackbuck (Antilope cervicapra) is a kind of Antelope native to the Indian subcontinent and only living member of the genus Antilope. (other Antelopes in India, though not belonging to same genera are Nilghai, Chinkara, Chowsingha-Four horned antelope). These herbivores are classified as near threatened. The sexes vary in their appearances, the males have diverging, spiral horns and are blackish brown in color. The females and young males are pale brown. The blackbucks are known as “Krishna Mrugam” in Sanskrit. In Hindu mythology, the Krishna Mrugam is believed to be vahanam (vehicle) of Chandrama (the Moon God).

Thanks to conservation efforts and recent attempts for restoration of the sanctuary, now the park enjoys one of the highest number and density of Blackbucks in the country.

Watching a large number of BlackBucks in Tal Chapar is an experience to be cherished. One can see these mammals indulging in various activities such as grazing, sprinting, males fighting with locked horns, mother feeding the calf etc.

Below is an essay describing the same.

Male BlackBuck in the golden rays of sun. 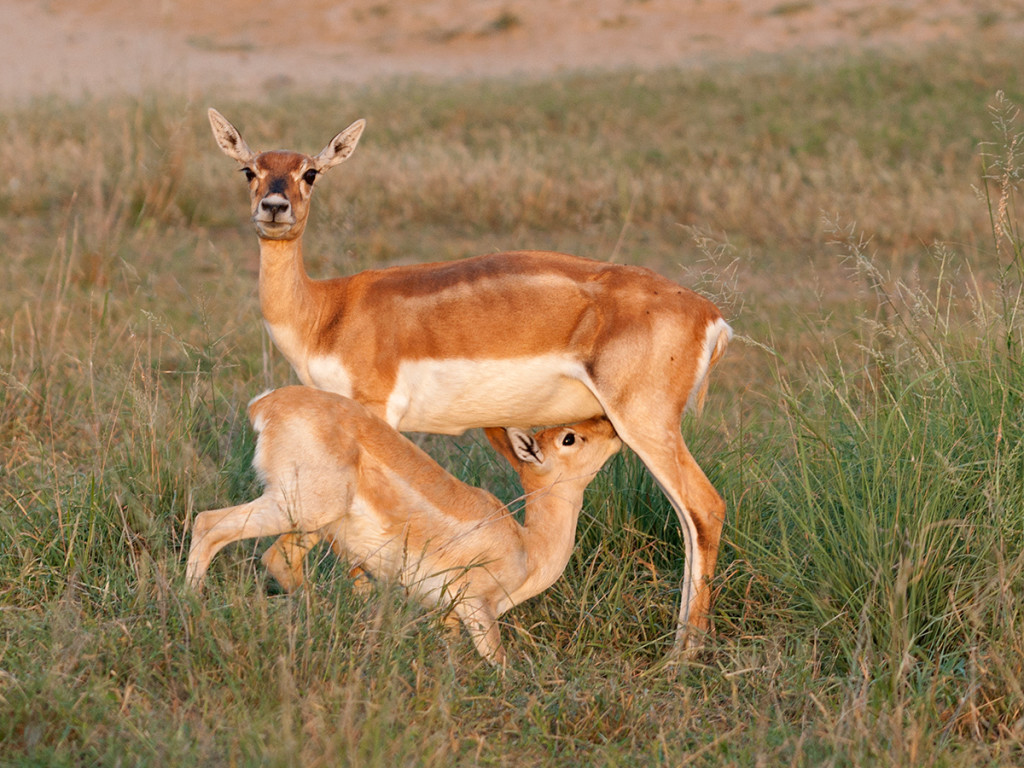 Male Blackbucks in the grassland. 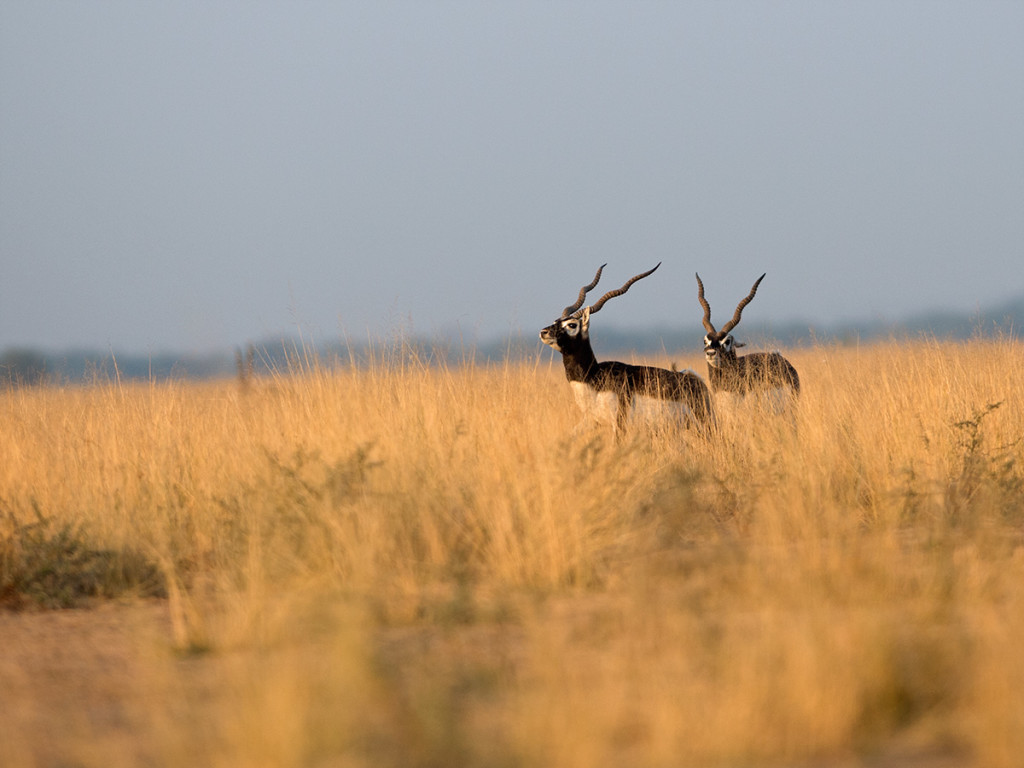 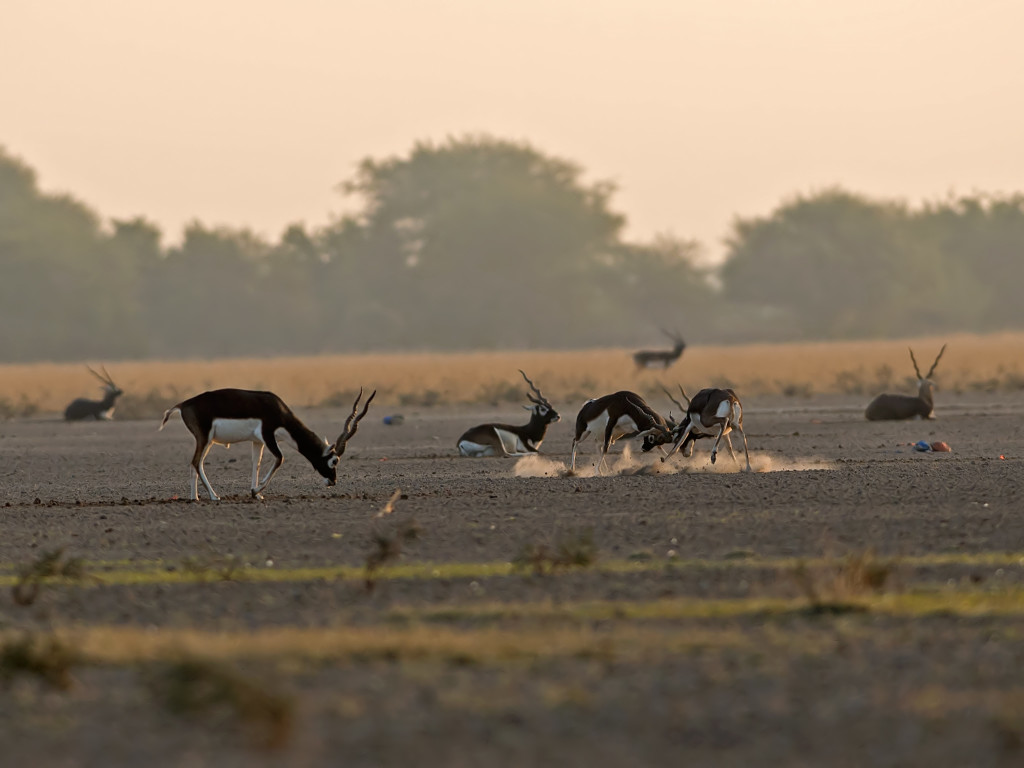 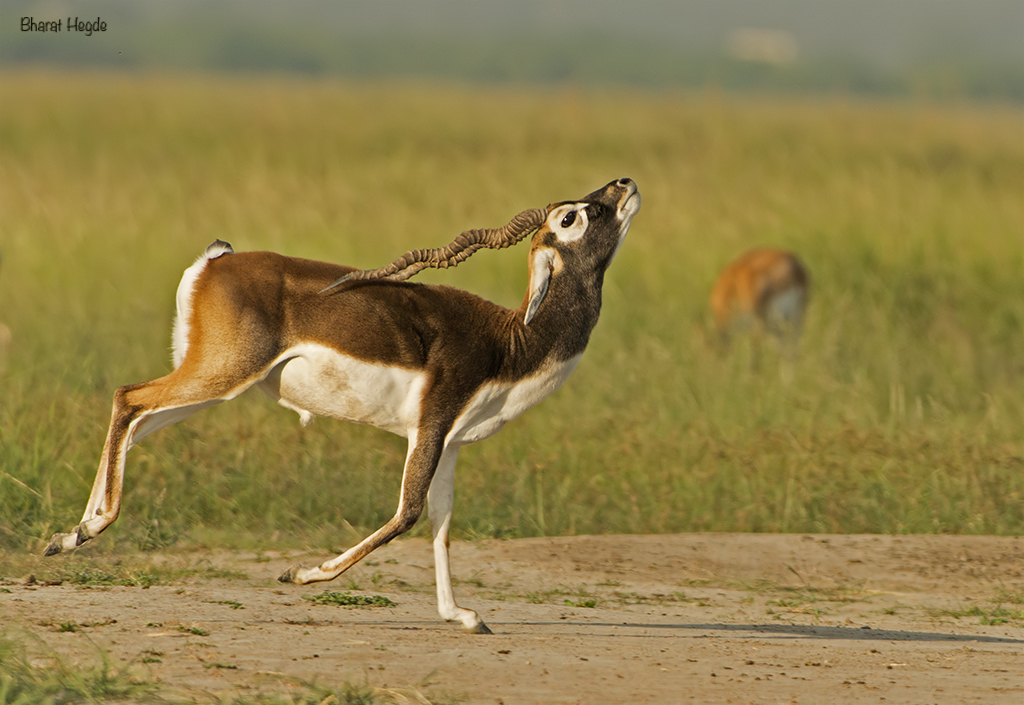 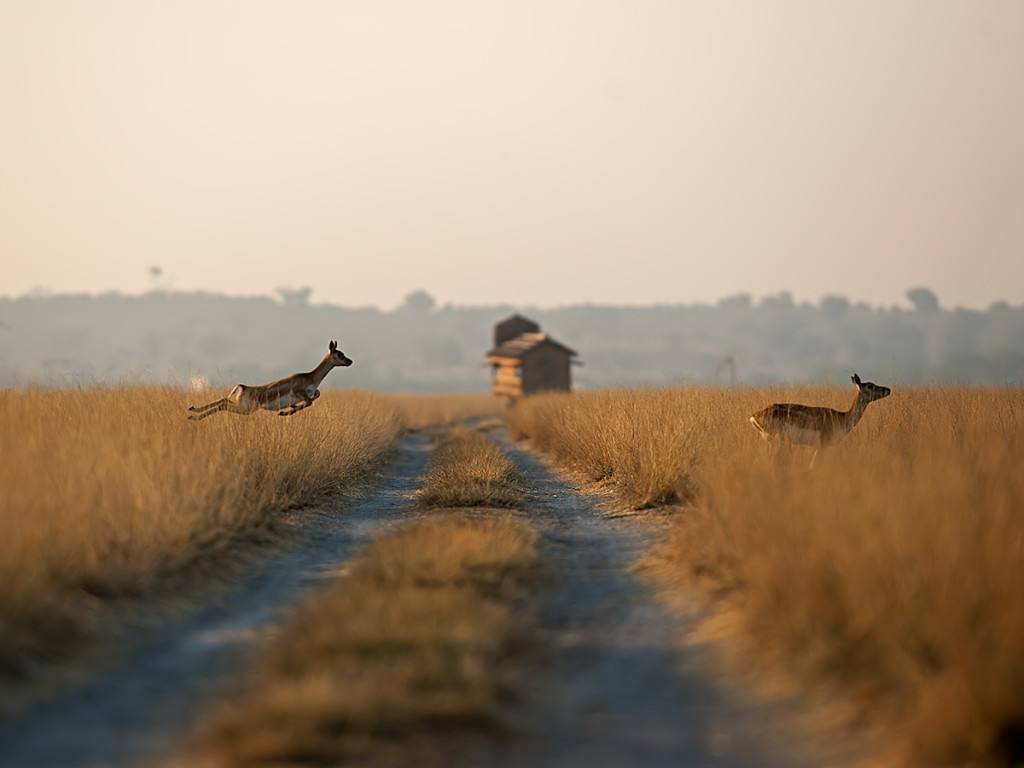 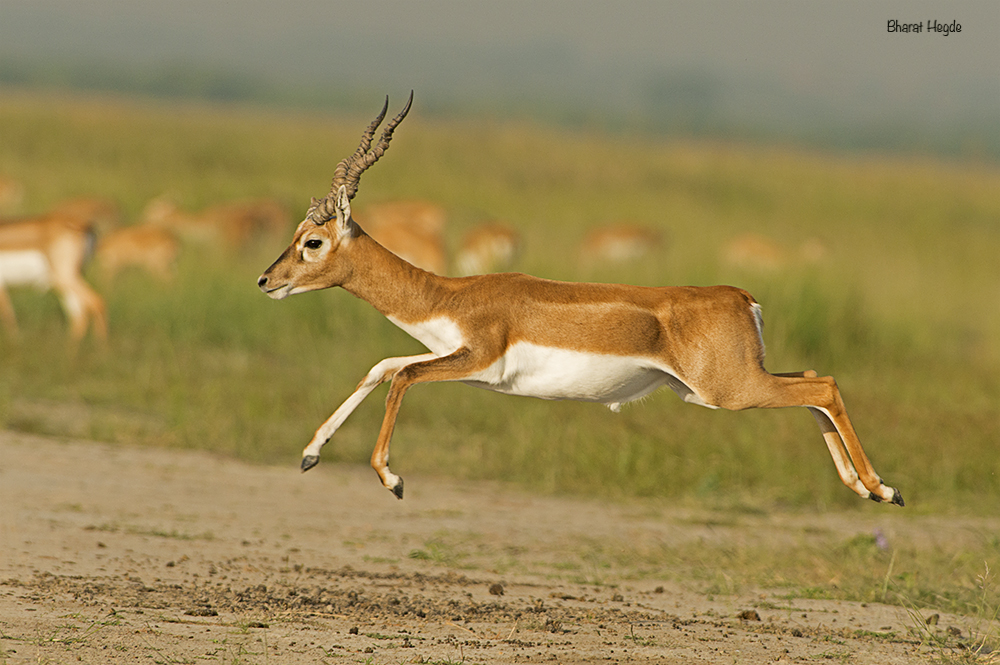