Kenya is a timeless home to beautiful creatures. From Amboseli, which is the best place in Africa to get close to free-ranging elephants down south, you have Samburu – a unique scrub, desert and grassland ecosystem up north of the equator. On one hand you have the green wetlands of Nakuru and on the other hand you have the dry grasslands of the Masai Mara – the holy grail for any wildlife enthusiast. Life, death and regeneration happen round the clock. And while each of these locations can be a riot of colour, I’ve always wanted to capture the timelessness life here in just Black and White!

This photo essay is an attempt to tell a few stories without the distraction of colour – Kenya in It's Moody Monotones. 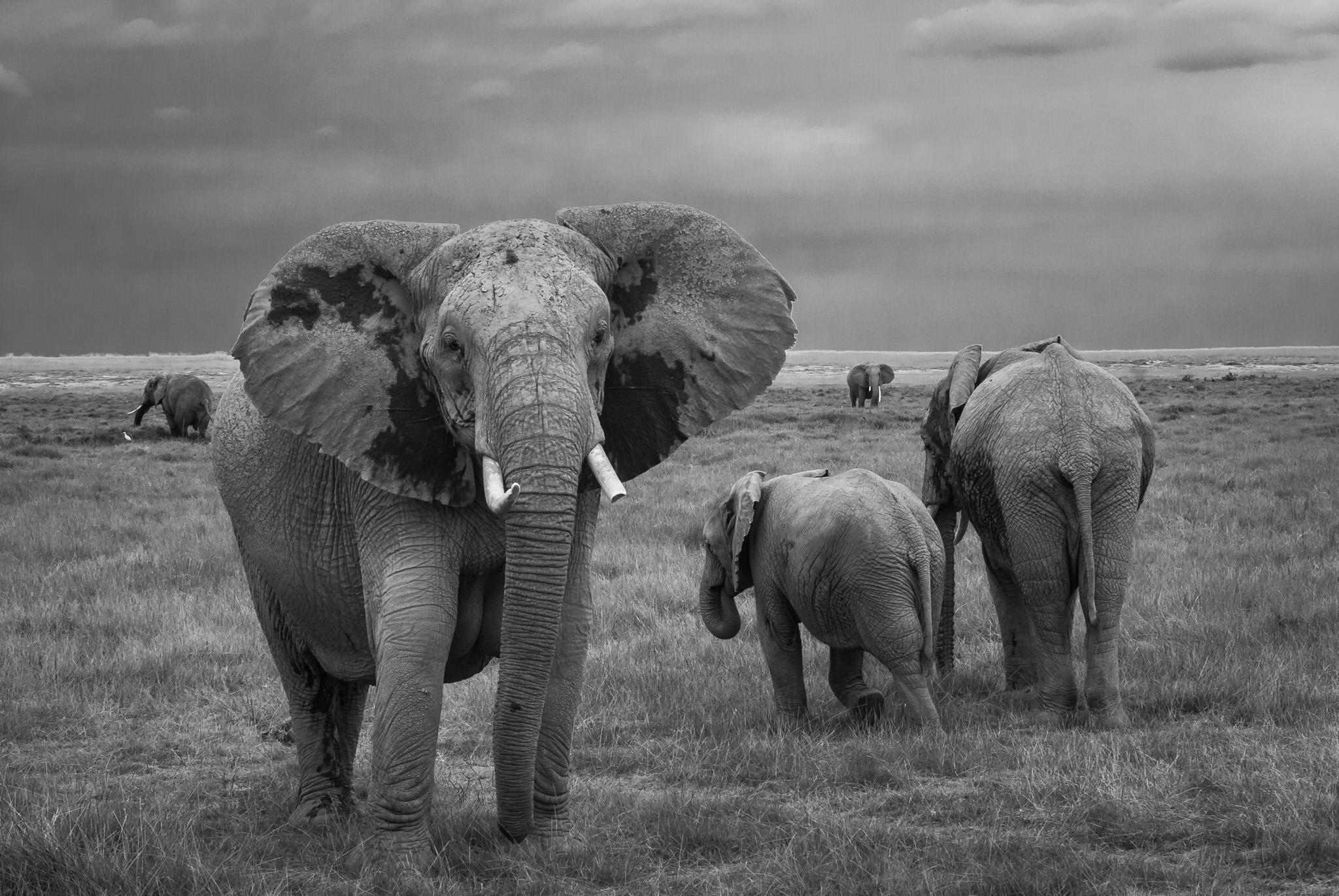 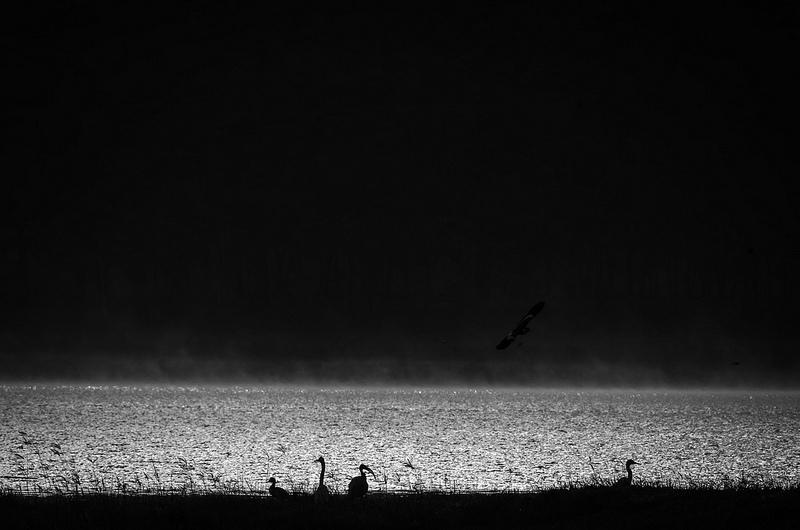 The calm elephant processions of Amboseli bely their strong sense of purpose. These are not aimless walks in the wilderness. Food, water and refuge set the pace in the wild. 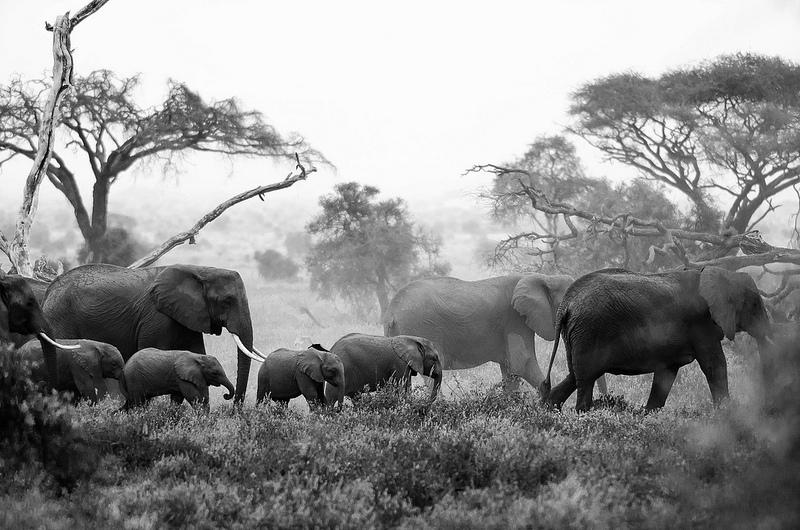 In the vast savannas, even these gentle giants sometimes look small from a distance. As they approach you however, everything else dwarfs in proportion. 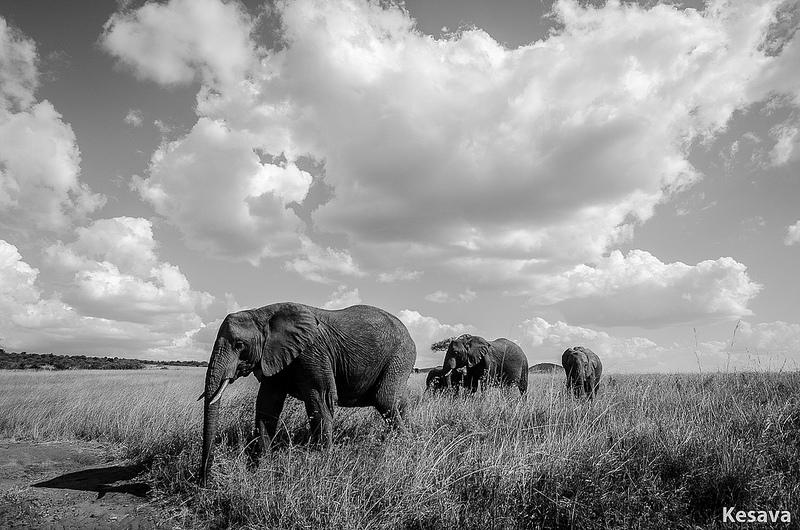 Tall and elegant, giraffe represent a tremendous evolutionary arms race along with the native acacias of Africa. Their unmistakable silhouettes dot the vast Kenyan plains – a day would be quite incomplete without a sight of their languid grace. 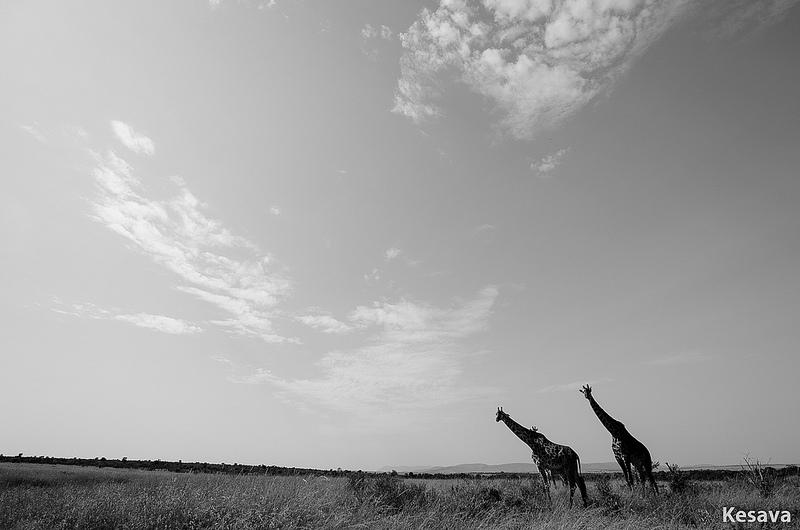 Stark grassland landscapes play a game of hide and seek. While sometimes they hide large predators in their midst, sometimes only a silhouette is enough to give away a grazer’s identity. 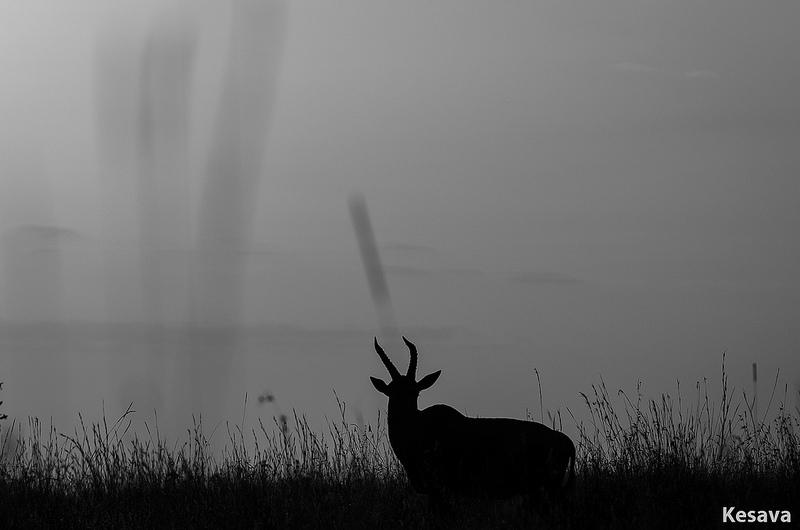 Zebra lead the migrating herds. And just as the wildebeest, these animals demonstrate swarm intelligence – overcoming obstacles as one. It’s tough to spot these gregarious animals alone. Their strength is in numbers. 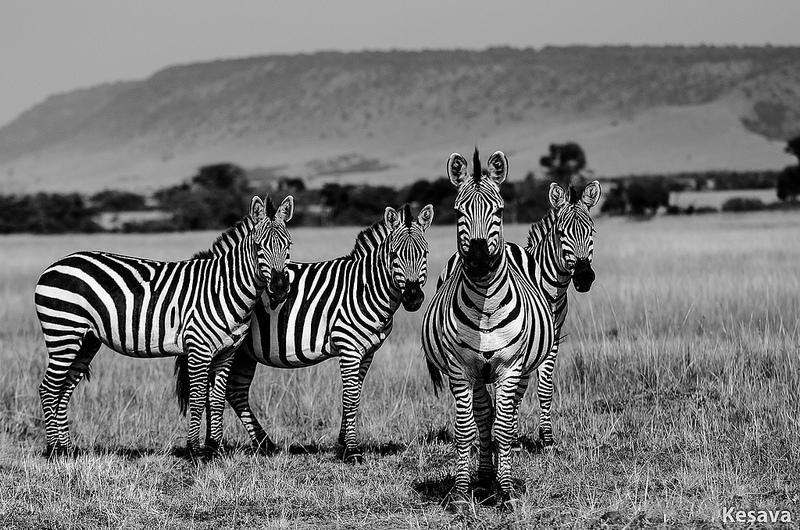 Where there is prey, there are predators!!!! 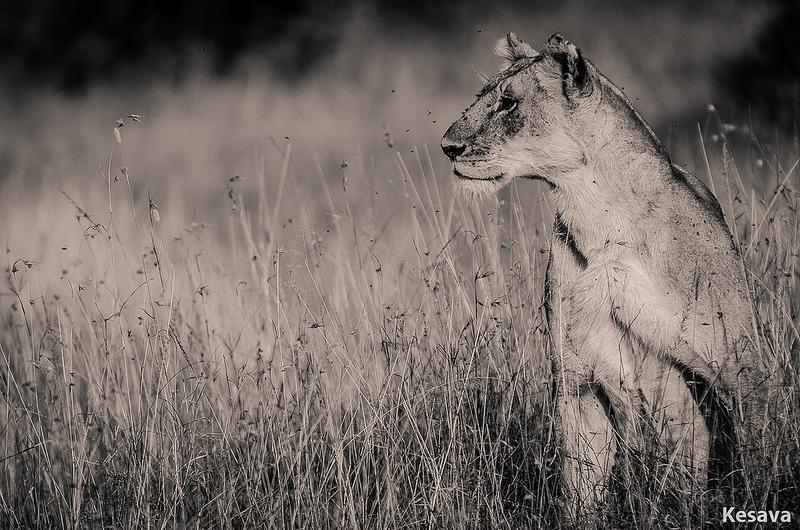 Even as time flies, some of the most beautiful moments with the world’s fastest land mammal come not in the hunt, but in rest. 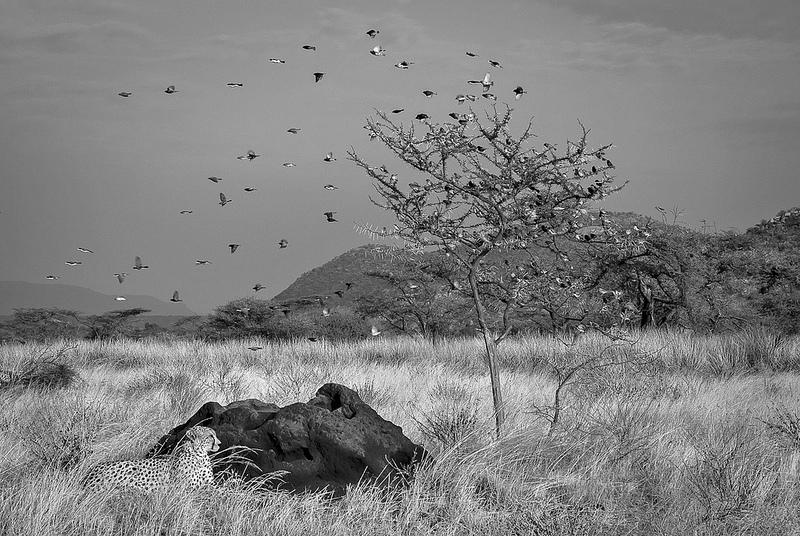 The migration brings a cacophony of activity as thousands of gnus cross the plains into the Mara. Time stops for none – moving with the herd ensures the best chance of survival. 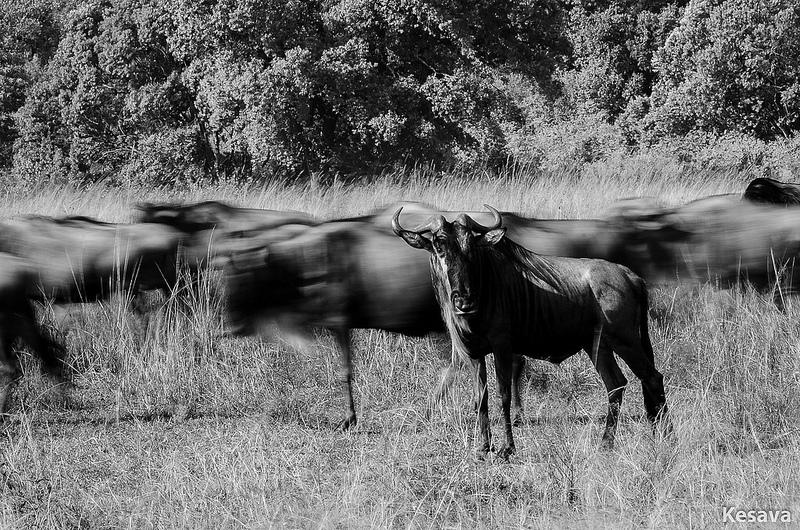 Kenya is an easy country to fall in love with. And yet, this is a wilderness under threat. In the last 50 years, lion, cheetah, leopard, rhino and elephant numbers have plummeted and the loss of these species is leading to the collapse of the ecosystems they stand for. While Kenya is officially a no-hunting zone, the sceptre of poaching along with rising affluence in China and Vietnam means that wildlife trade is the number one threat to this pristine wilderness. It troubles me to believe that at this rate we could lose these ecosystems forever. That if we did nothing, our next generation may never see the drama of life in Kenya as we have done. And that even we know this place quite differently from generations past.

Birdwing Travel And Photography conducts The Great Migration - Masai Mara every year in the month of August.