Where else one can find six different species of Kingfishers within a distance of 200 meters? I don’t know. But we did, at the Goan Zuari river!

This was late March 2014, temperature was soaring and it was nearing the end of the birding season. We, the folks from Bangalore, were at Zuari to catch glimpse of birds and any other forms of life in general. We were part of the boat trips guided by senior birder Mr B.M.Kamath. The boat safaris commenced at Cortalim jetty and took us through creeks of Cumbharjua Canal in the river. Zuari River is the largest river in Goa , originating at verdant Western Ghats and joining into tempestuous Arabian Sea, with a total length of only 34 KM. The river divides the state of Goa into North Goa and South Goa. At Cortalim, the river has a width of 1.3KM and considering such small length of the river, the width seems disproportional! 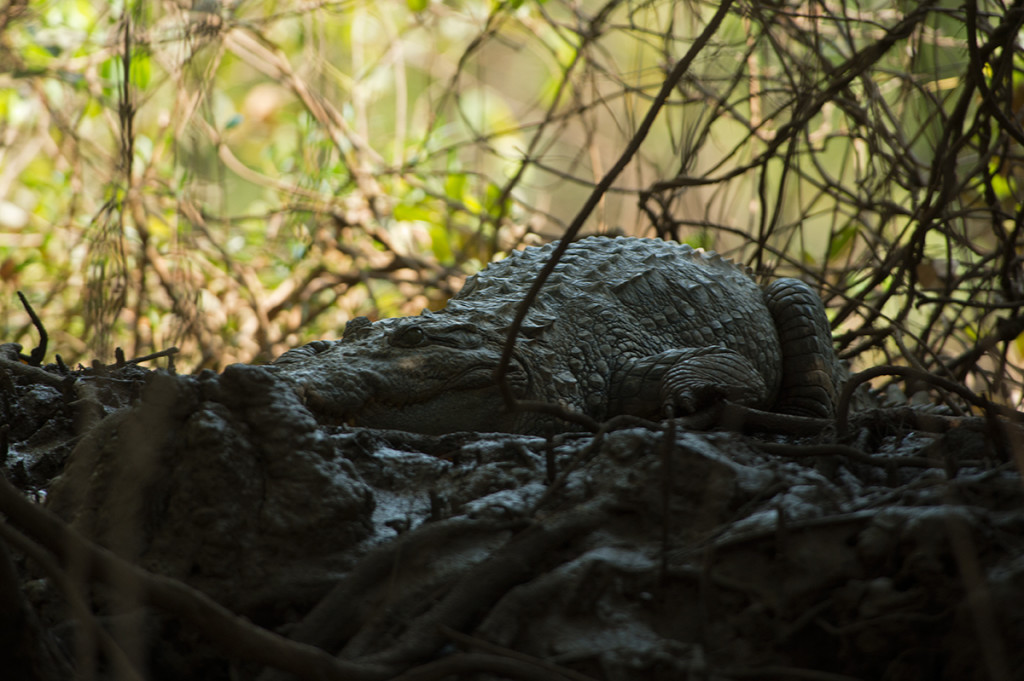 The river presents a unique eco-system. The flow and the level are influenced by the tides in the sea, hence this is a tidal river. The water at most parts is saline and coastal migratory birds comfortably find their home here. The mangrove-lined Cumbharjua Canal makes it suitable for saline coastal sediment habitats life. Being such close to rain forests of Western Ghats, it is no wonder if birds of rain forests wander here and there.

Below are the Kingfishers that we spotted in the river. During the low tide, a large number of crabs and other life come out from their burrows in open, making them highly vulnerable. Kingfishers find these as easy food and gorge on them.

Small Blue Kingfishers were most common during the trip. We mostly found them on low perches close to water, diving to catch the prey. 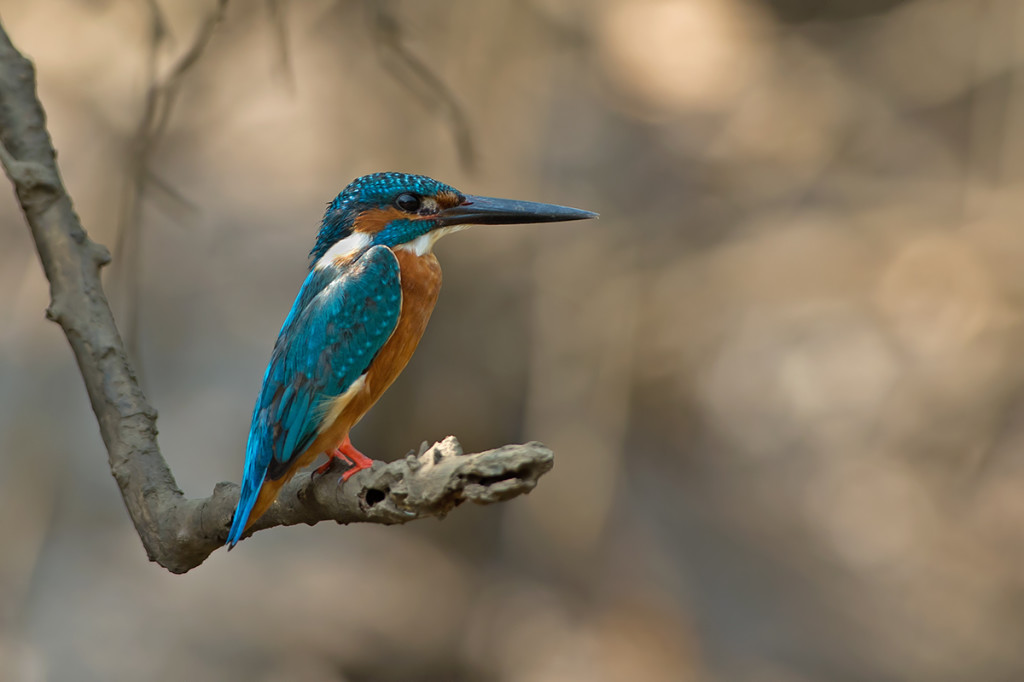 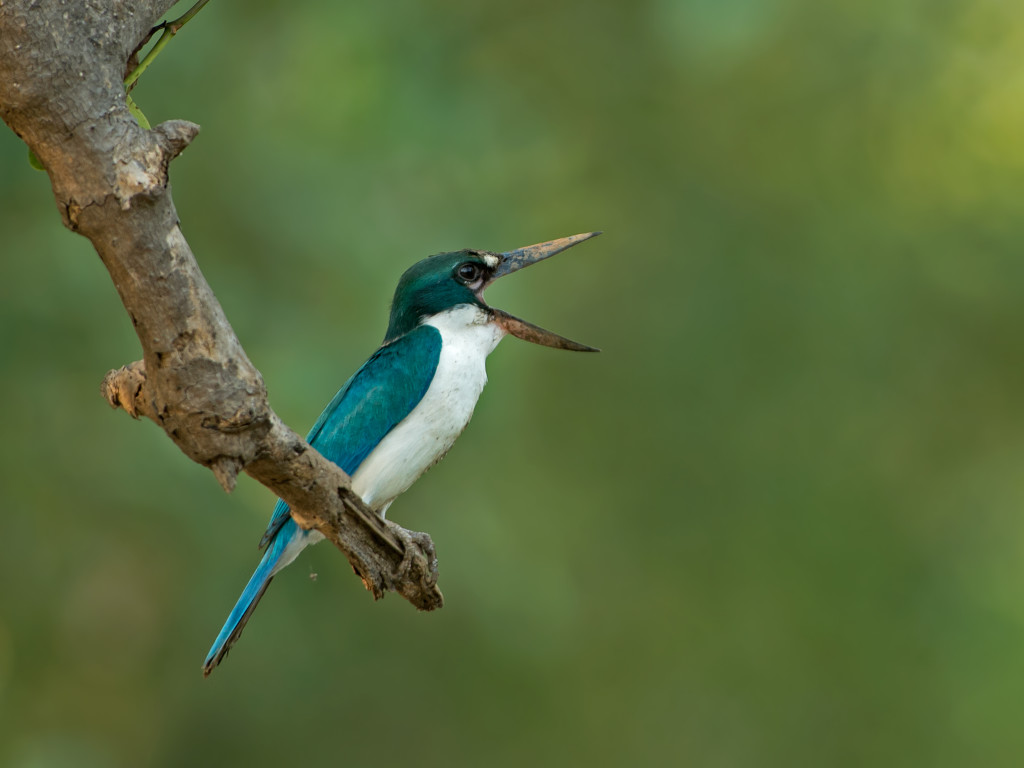 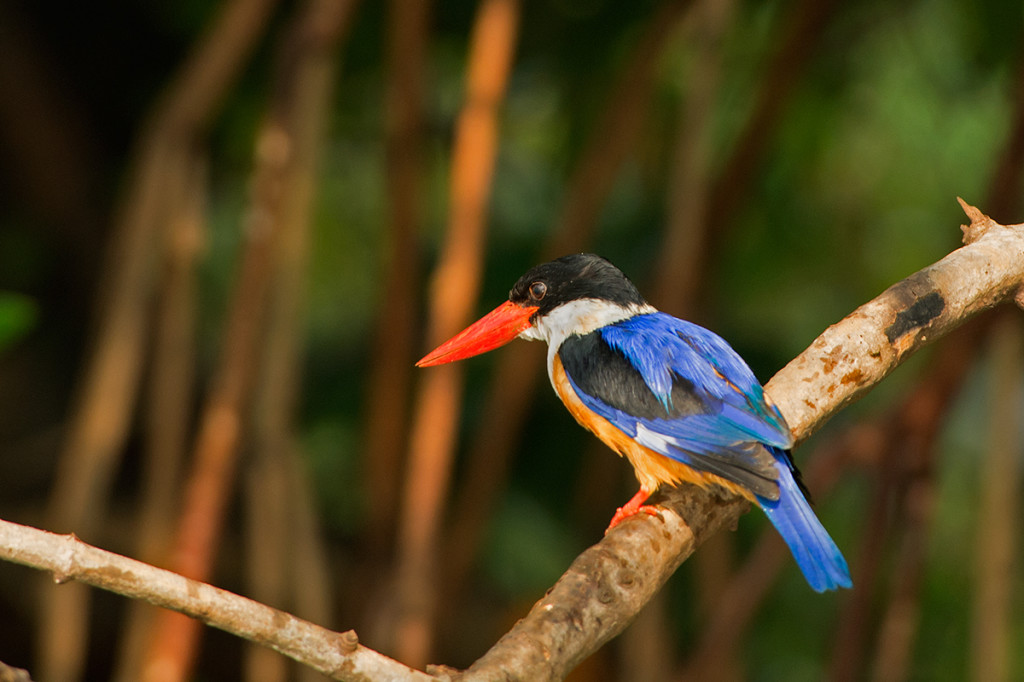 These kingfishers are a treat to watch. I have seen them mostly near the inland water bodies previously at various places ( Ranganatittu, Galibore, Andaman, Sirsi etc). I find these exotic because of their large size and colors. At Zuari, found these in large numbers. There was an instance where a tree on the river bank was dotted by six of Stork-Billed kingfishers. 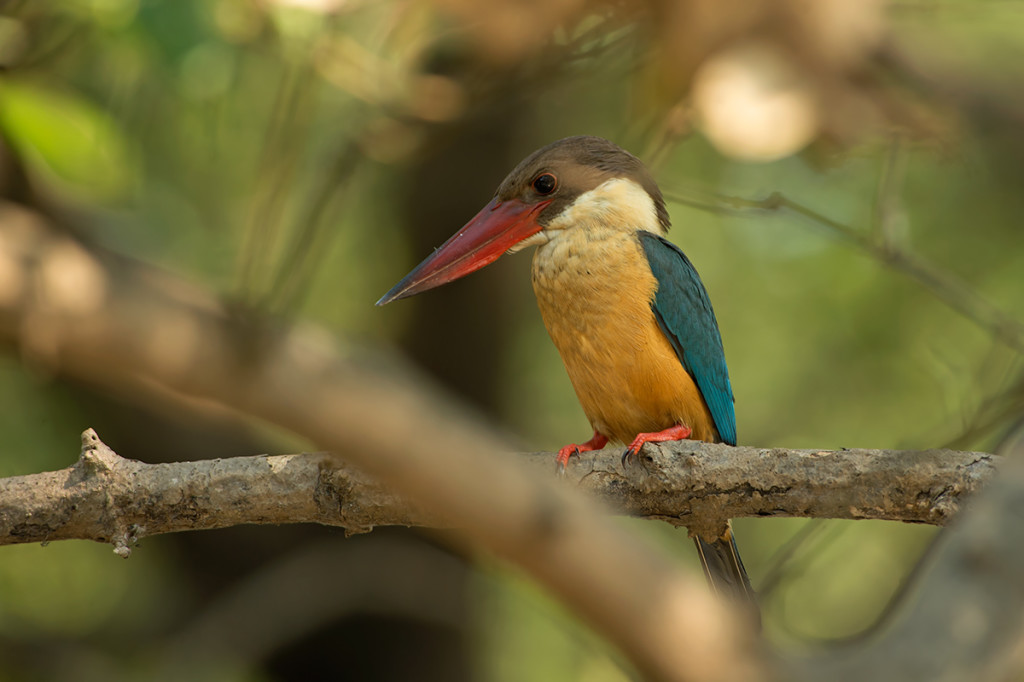 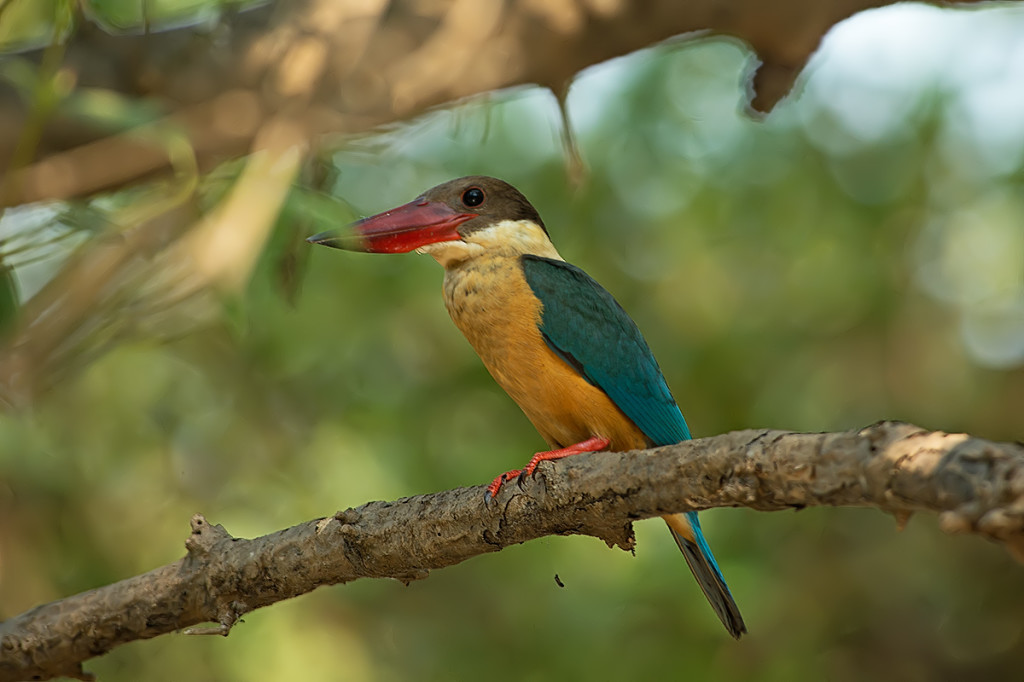 Scientific Name: Ceryle Rudis ( Gr. Ceryle =Kingfisher, rudis= like a sword ), This kingfisher has long and pointed sword like bill

These are again very common kingfishers, we are likely to find these near almost any fresh water body. It was pleasant to be greeted by chirping of these familiar birds at channels of Zuari. 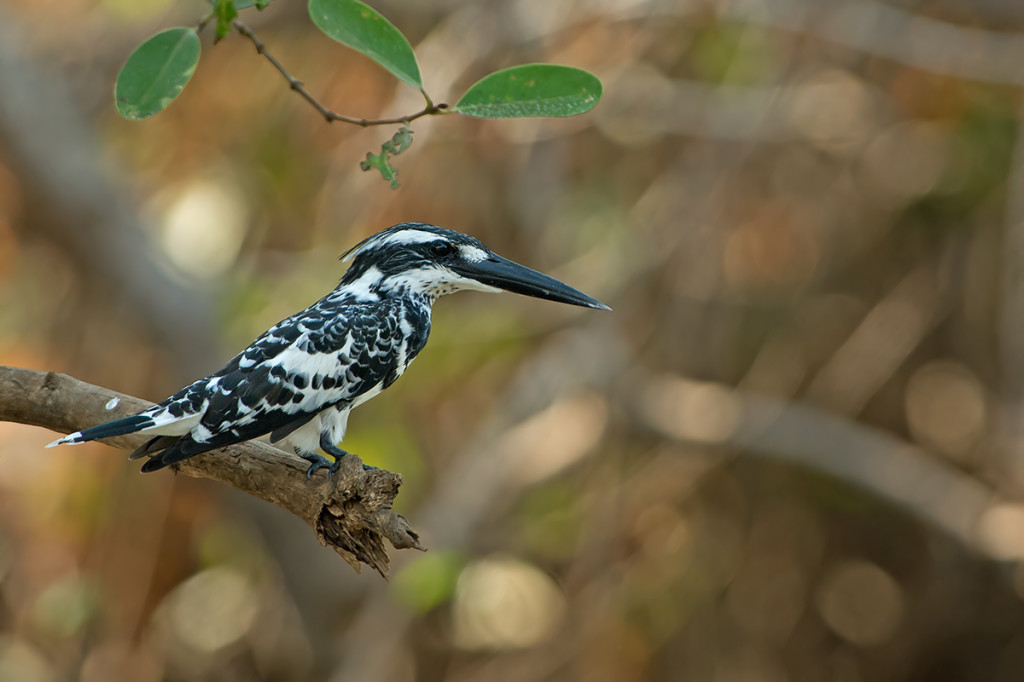 These are so common and are likely to be not noticed even if we find them. I did not see them at Zuari, but Mr B.M.Kamath claimed to have seen them on wires during trip. (Including the one shot at Bharathpur) 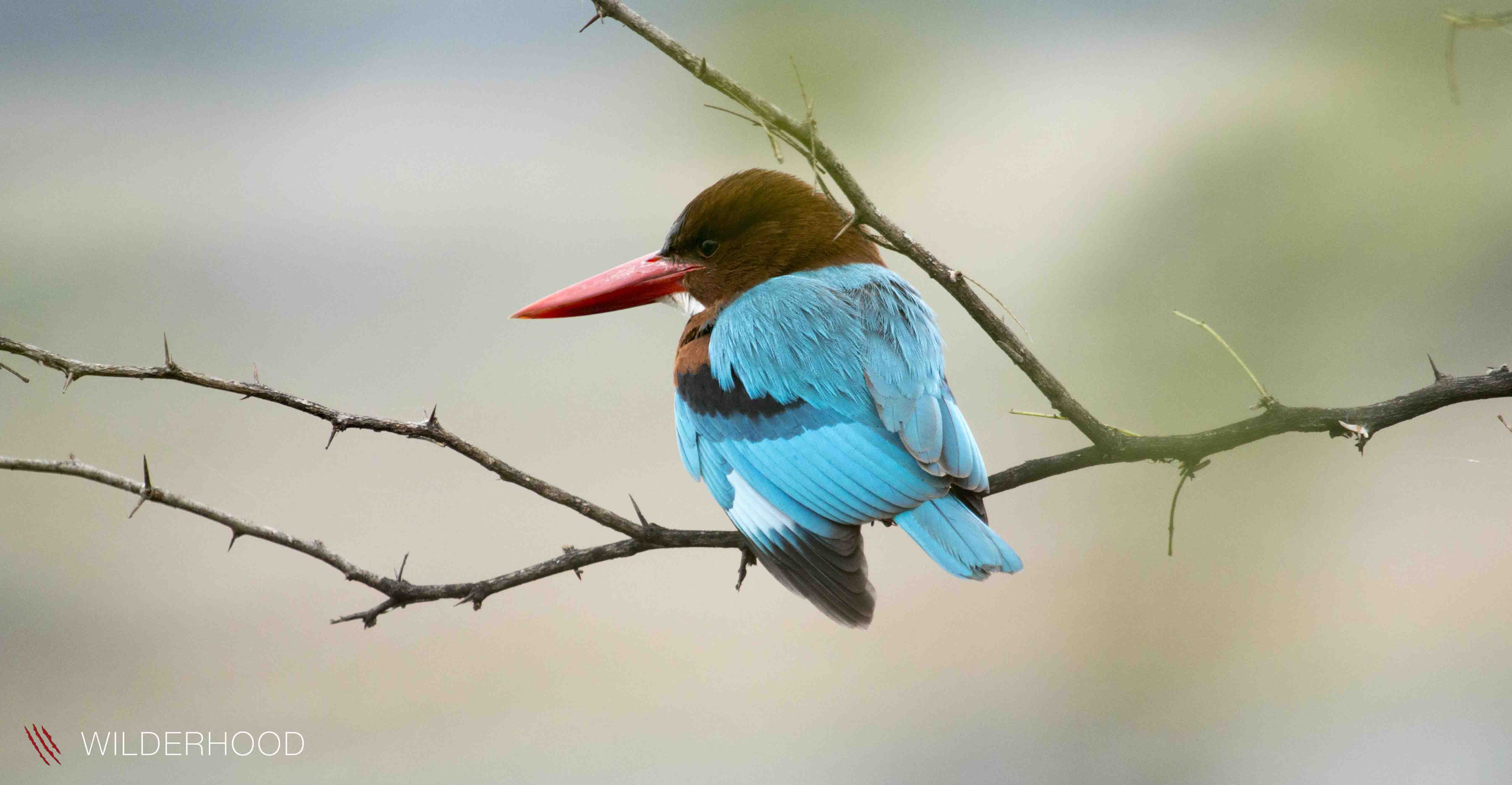 I am yet to see one of these. However forests of Goa are known for presence of these small and extremely beautiful kingfishers. There are records of ODKF at Zuari.