This story is about how we spotted a flock of rare geese in India and how easily we could have missed recognizing the rarity of such an event, given the resemblance of these geese to common geese found in the country.

In Dec 2013, we, a small group of people were at Little Rann of Kutch as part of Darter Photography wild-west tour. We were exploring various locations for birds and any other form of life.

During three days, we found a number of Greylag geese at various locations. Most of us were Bangaloreans, and for many of us Greylag goose was a lifer. These birds are winter visitors to many parts of northern India and these are supposed to be pretty common. 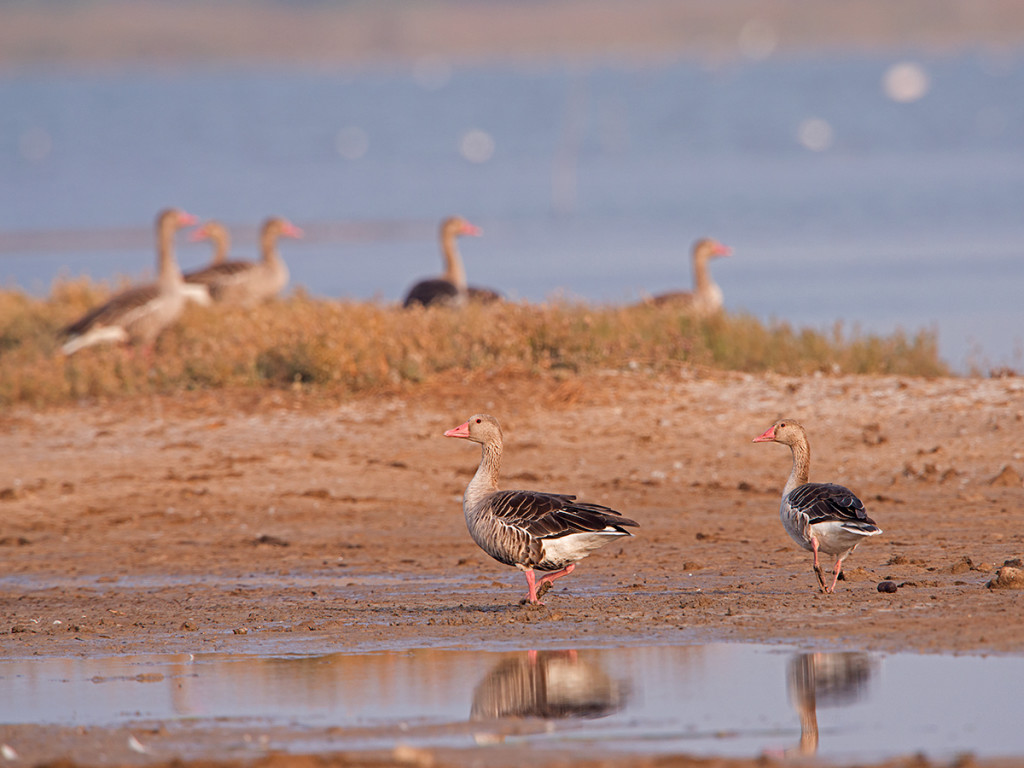 On our last day of our stay, we visited Nawa Talab, a large lake near Zainabad. We immediately spotted Pelicans and large number of ducks. There are small patches of grass around the lake. Few minutes into the area, we found a flock of five geese feeding. We immediately ignored these geese as they seemed to be Greylag geese that we had seen a number of times during previous days. For the moment we concentrated on plovers which were feeding nearby.

After some time we decided to check out the “Greylag” geese. As we started observing these we were beginning to realize that something was different. Soon Shreeram M V, the tour skipper and photographer whispered: “Guys these are White-Fronted geese!! Please take pictures.” (there is something more to this) 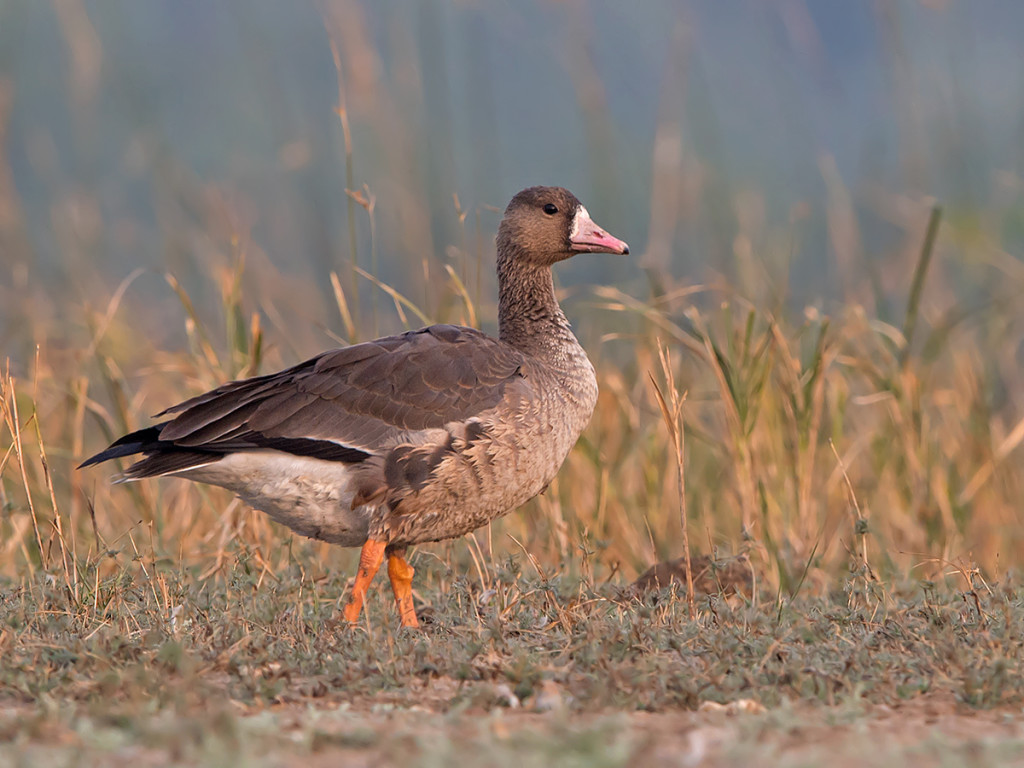 As it turns out, we were looking at Greater White-fronted Geese, rarely recorded in India. These are best told from Greylag geese, by broad white band at front of head, apart from other differences. 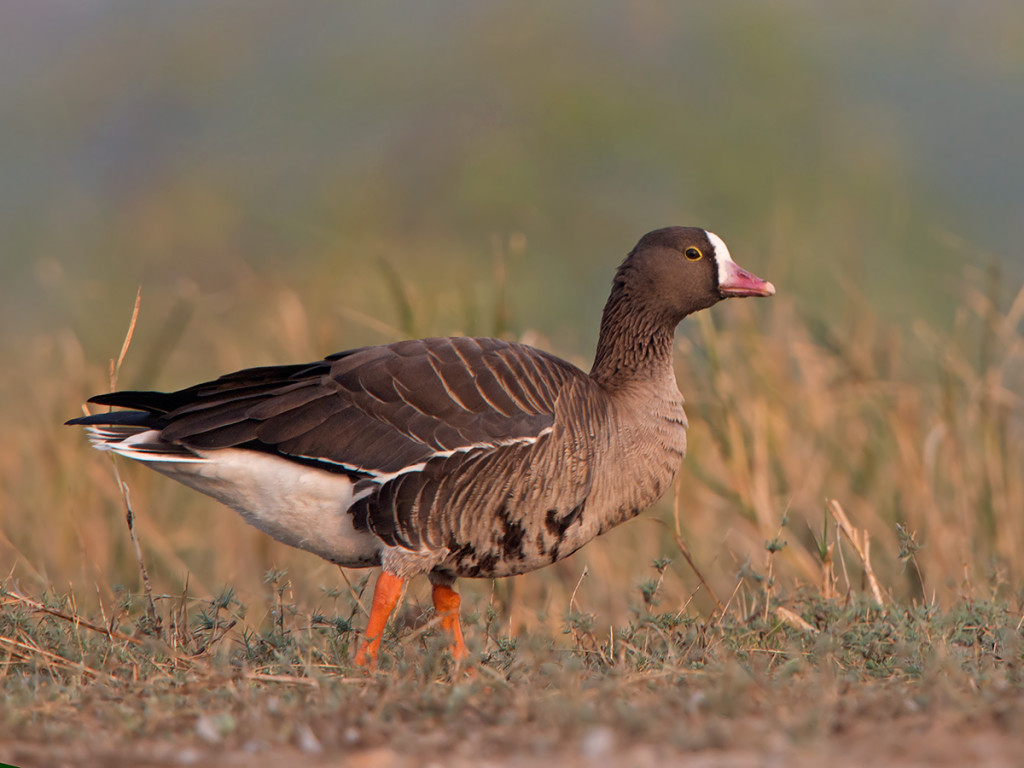 As we continued to observe these birds, we found some differences in these birds themselves. There was a single bird in the flock which had a Yellow ring around eye. As it turns out this bird belonged to a different species! This bird was a Lesser White-Fronted Goose. This is even rarer spotting and the bird was not even previously recorded in Gujarat as per our field guide “Birds of Indian Subcontinent”. 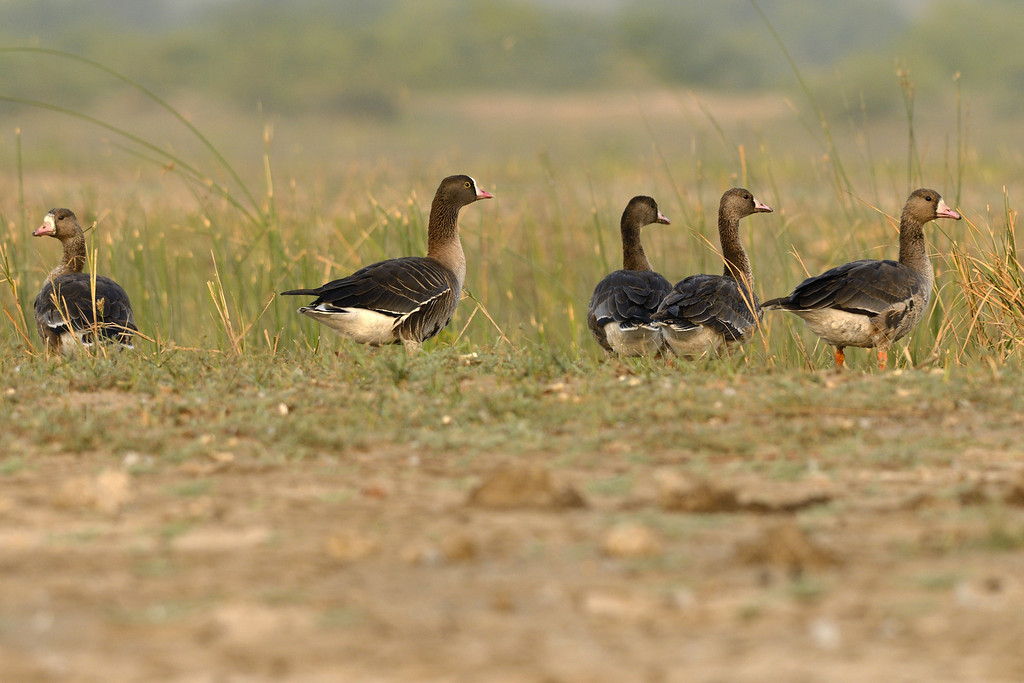 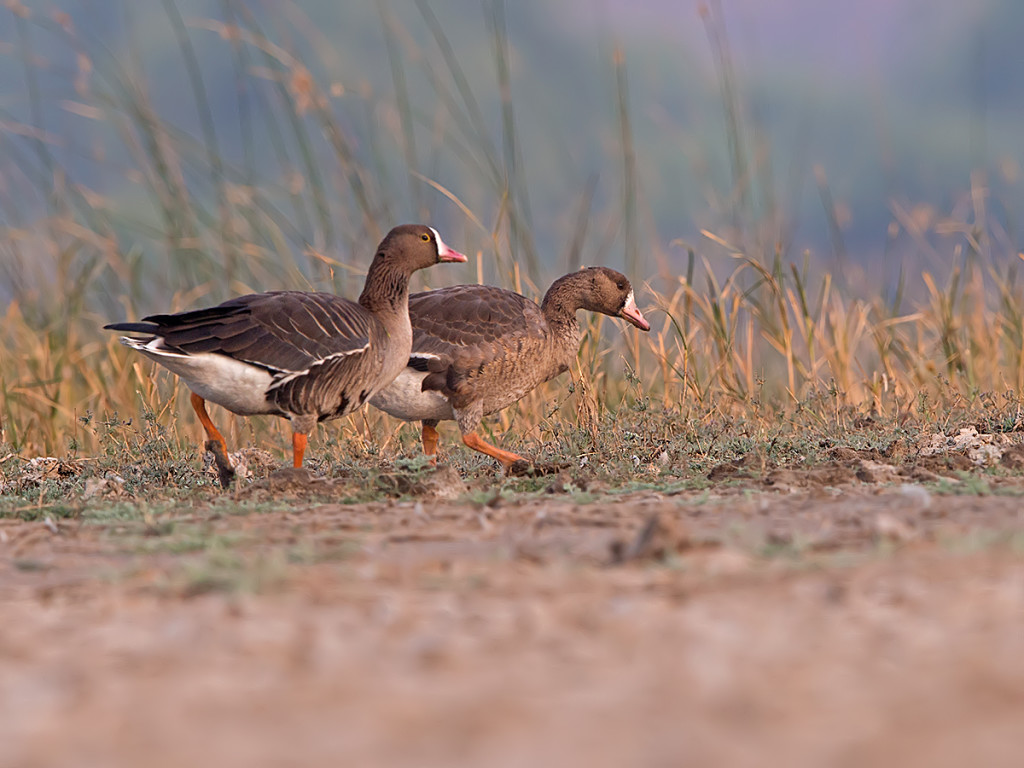 Of course, we even spotted the Bar Headed Geese in the same lake. These are more recognizable to South Indians, as these are found almost every where in India as winter visitors. 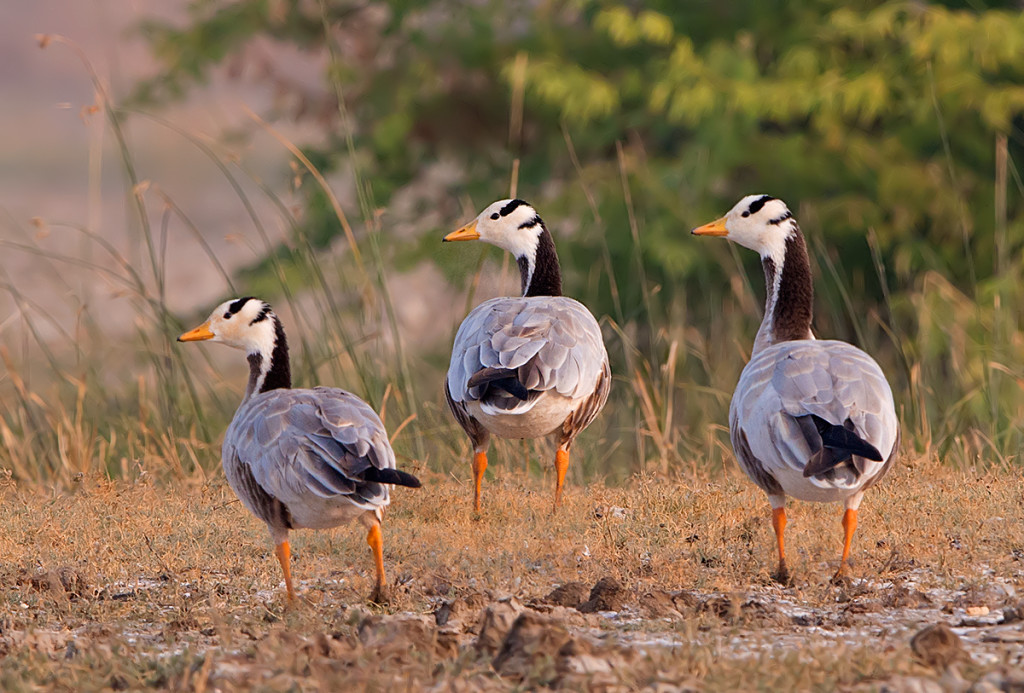 It was hugely satisfactory to spot these rare geese and also that because of the fact that we did not fail to identify them. Interestingly, we found all species of geese found in India belonging to genus “Anser” within a radius of 20km in three days!