It was last day of Sept 2012 and we were a small group of birder-photographers. We were returning to Tal Chhapar after exploring a nearby hilly area. Time was around 2:30 PM, we were hungry and yet we had decided to skip lunch and go birding all day, non-stop.

We soon spotted a Desert Fox walking around in search for a meal. The area around Tal Chhapar has abundant population of Spiny Tailed Lizard in the months of October to November. These lizards like to pop their head out from the ground holes and bask in the sun. We followed the fox for some distance and it finally caught hold of a lizard.

We were busy watching the fox and did not realize that a Tawny Eagle had arrived from nowhere. Tawny attacked the desert fox and tried to snatch the food from him. Given the size and power of the Eagle, the fox could have been seriously harmed. However the fox managed to dodge way the eagle and hold onto the lizard and eat it. After a couple of minutes of persistence, Tawny finally withdrew from the scene.

It was a memorable experience for us and a here is the photo account of the same. 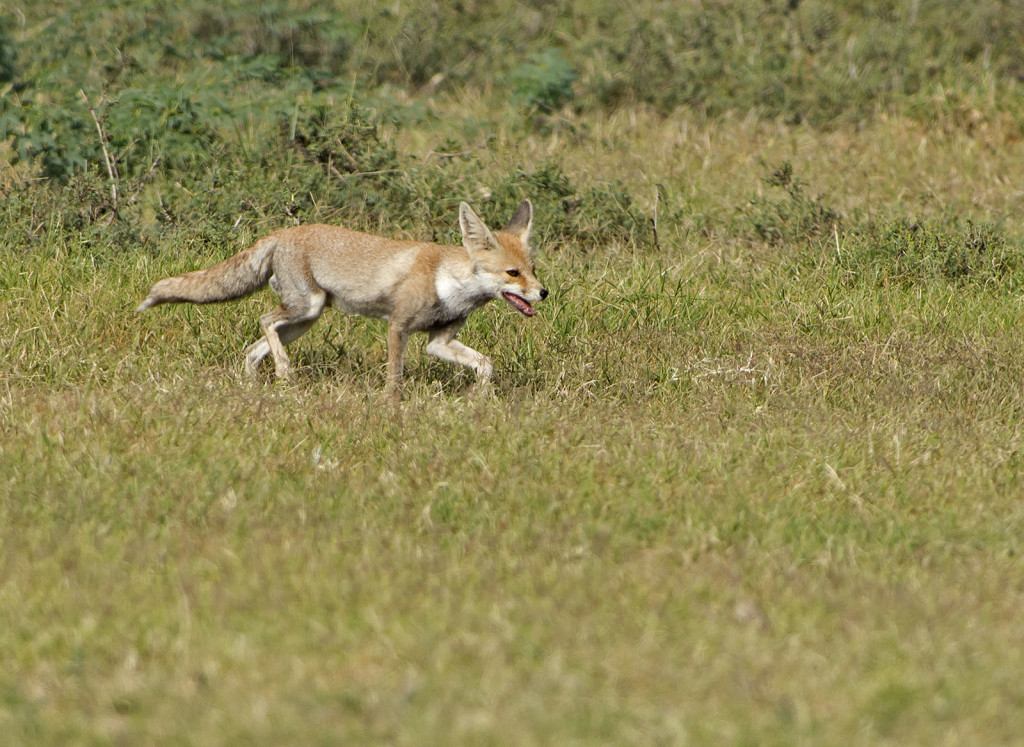 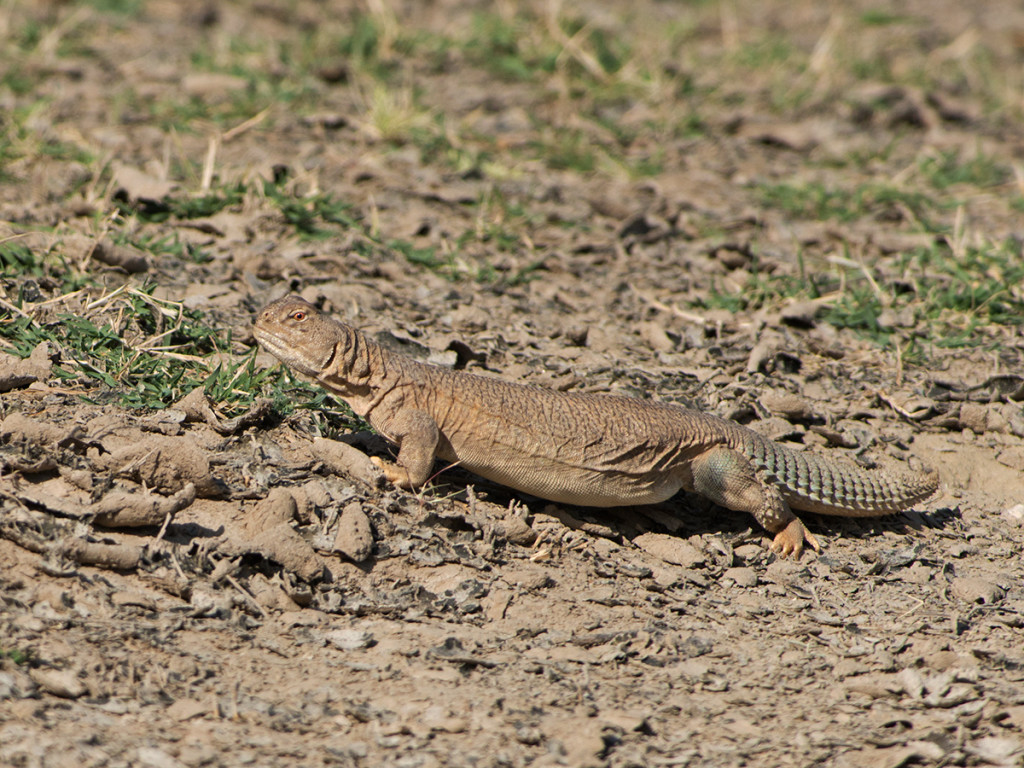 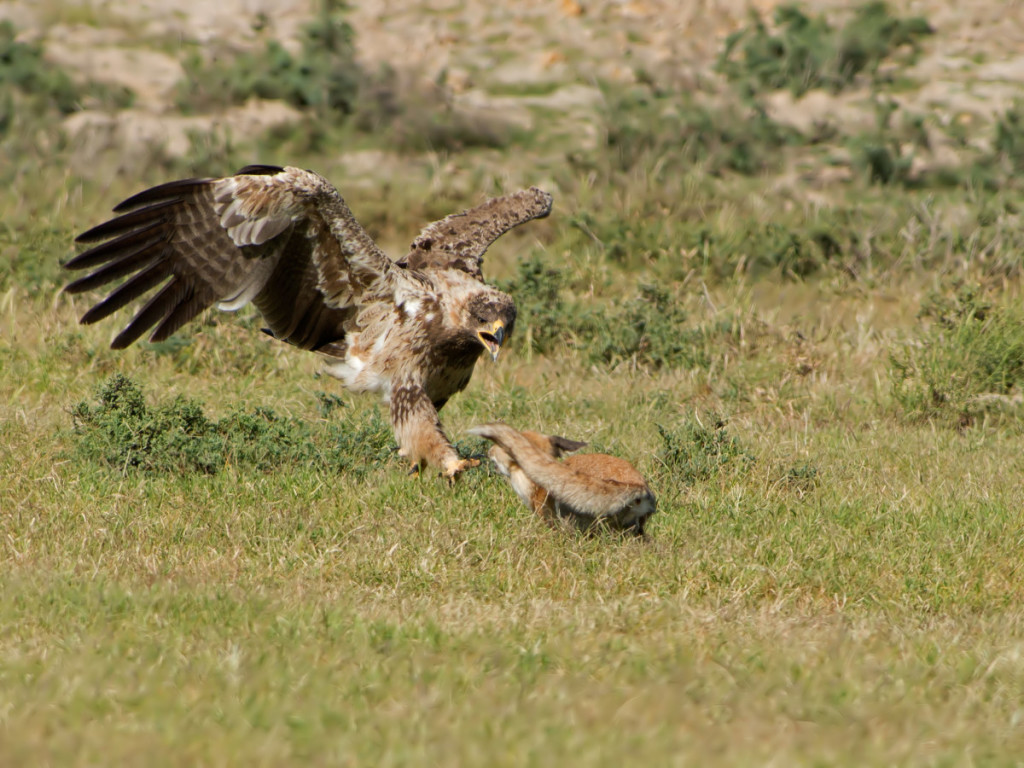 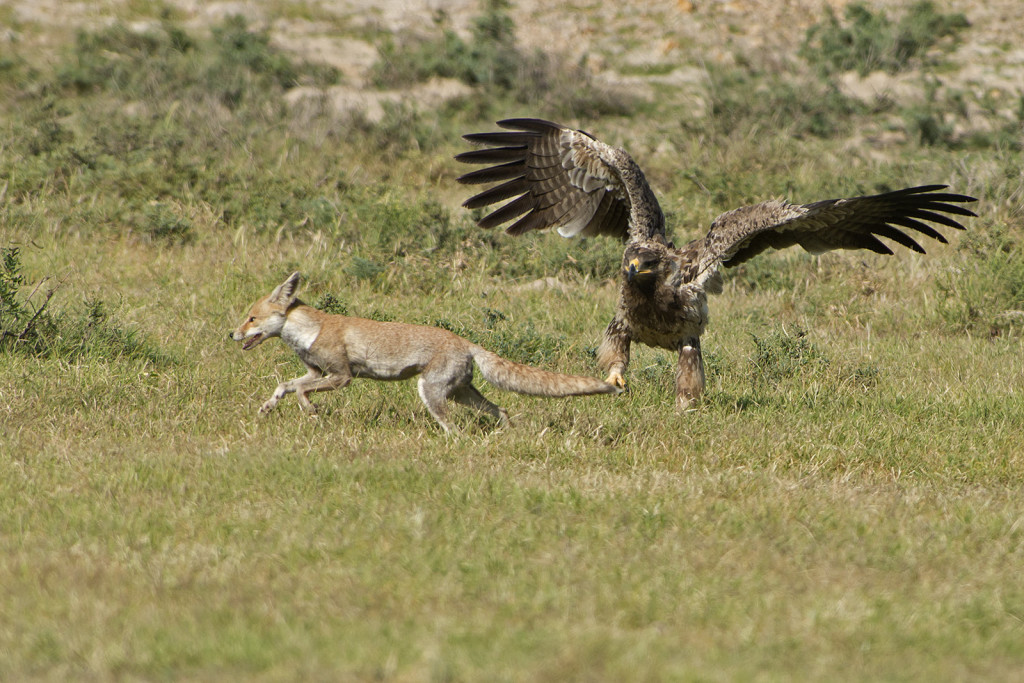 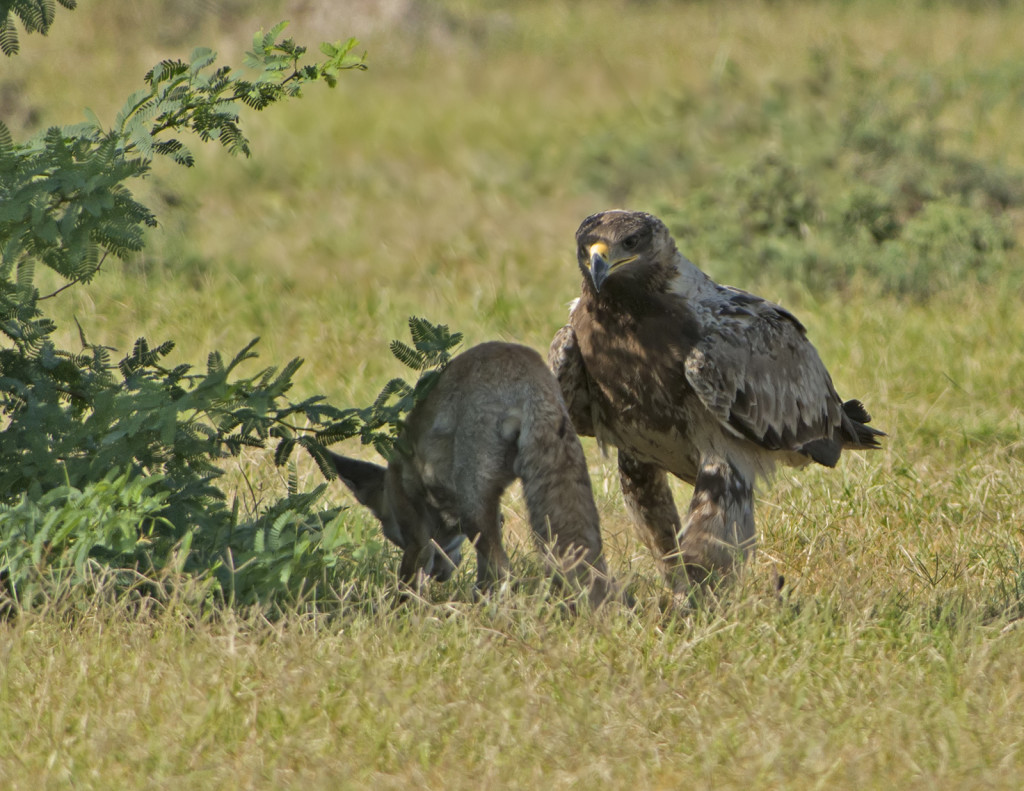