This one is my first Lion and first picture of it in the wild, it will always hold a special place.

His name is Raju and lived his life like a true king, he was always in Solitude like a nomad. Lions are the only big Cats who live in groups, they are called Pride groups. Usually lions move out and form their own pride group by the age of 3 or 4.

Raju is one of the most handsome and famous male in the Gir Sanctuary. As per "The Majestic Lions of Gir"

On that lucky day when we entered Gir National Park on our first safari, it was still dark and we could not see anything. That was when our jeep noticed a movement right next to the route. This big guy was resting there! Few jeeps which left before us had missed this sighting. 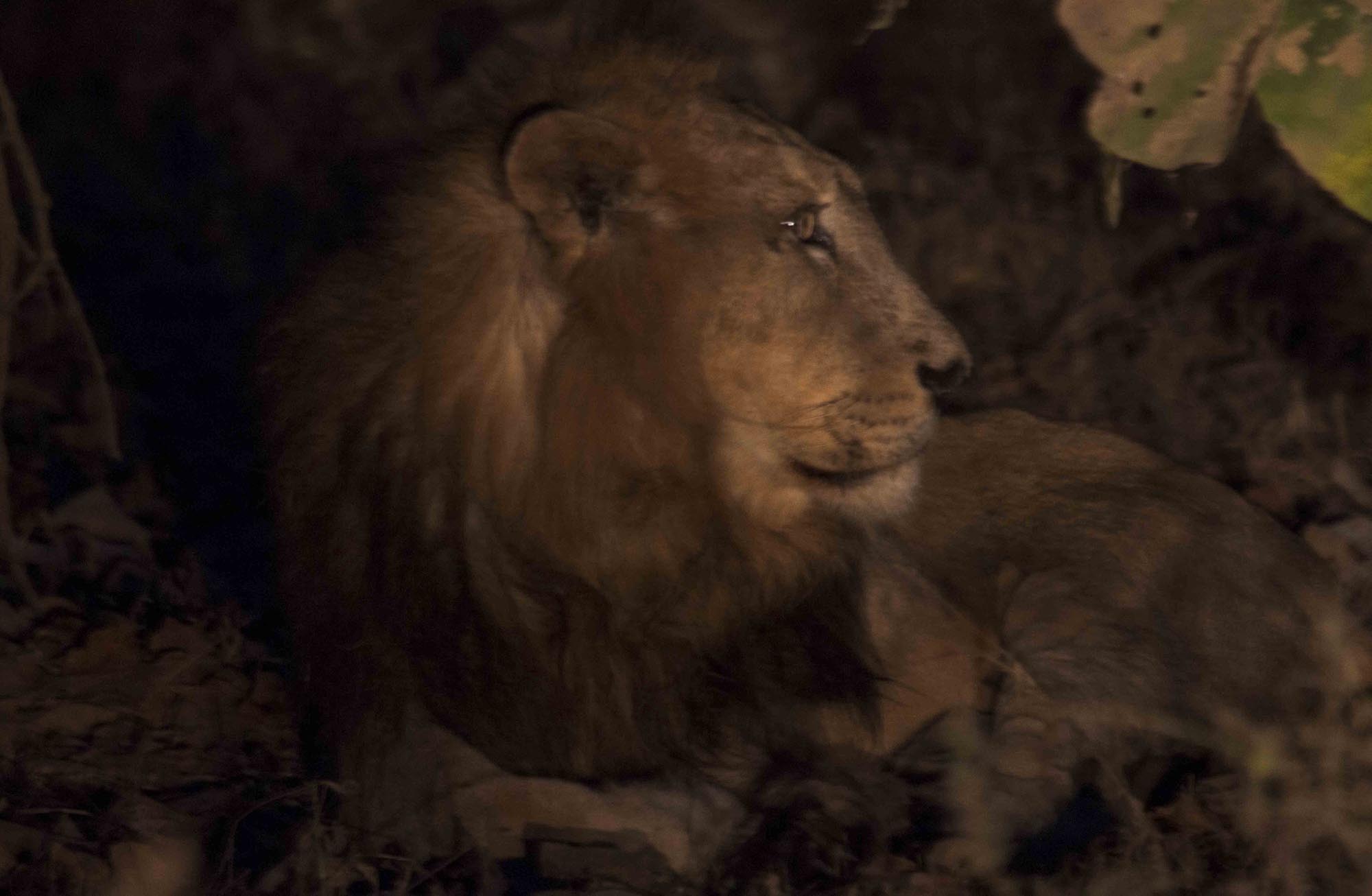 It was an amazing experience to watch a Lion in the wild for the first time, and at such a close distance.

There were obvious signs of lazyness, yawning and relaxing. But when we looked close, his left eye was badly injured. 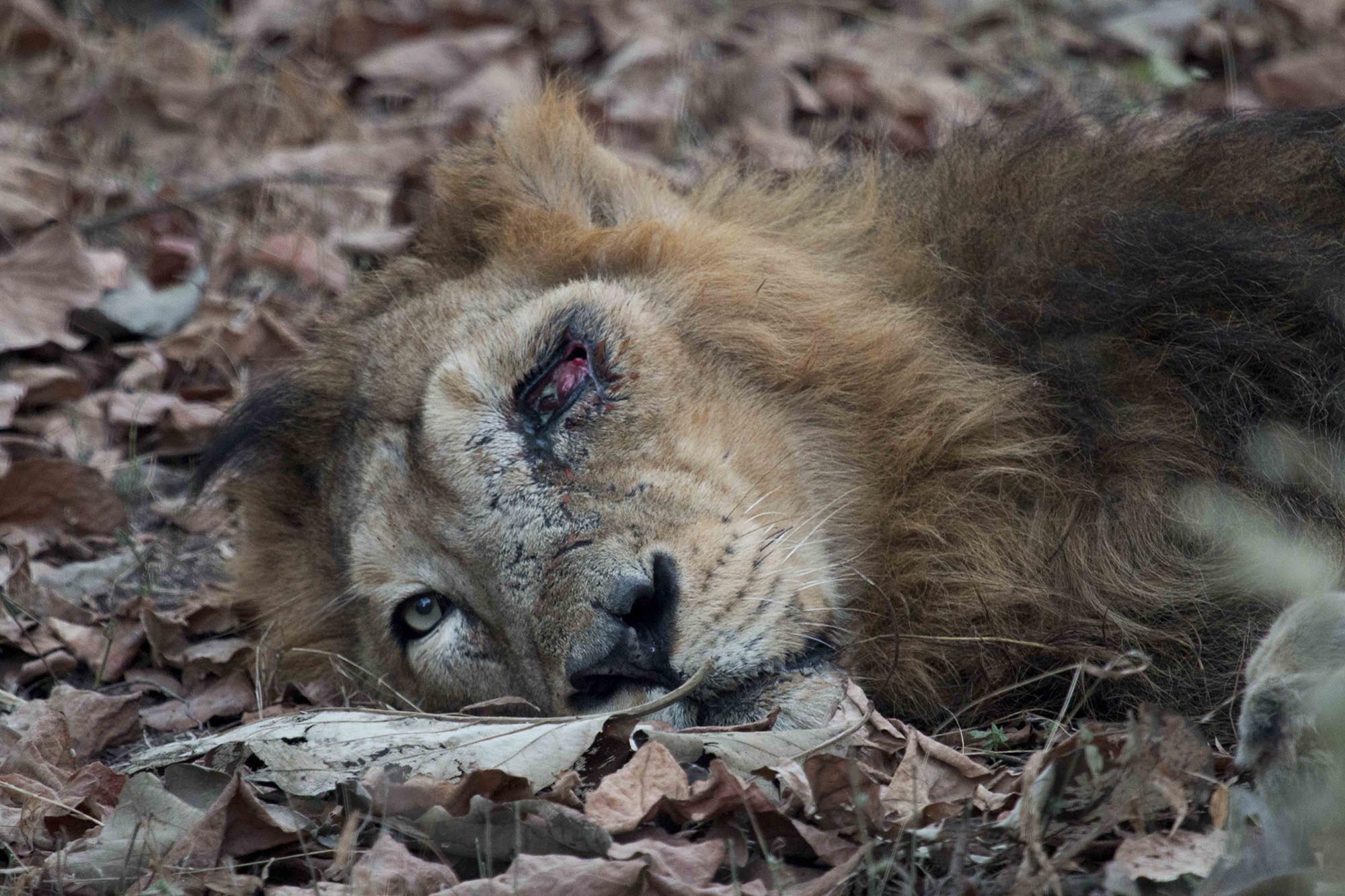 We enquired with our guide and he explained us the brawl which occured between three other male lions in the pride. They de-throned and threw Raju out from his own territory and this happened on the day before we arrived.

"Rules of the Jungle", I thought. 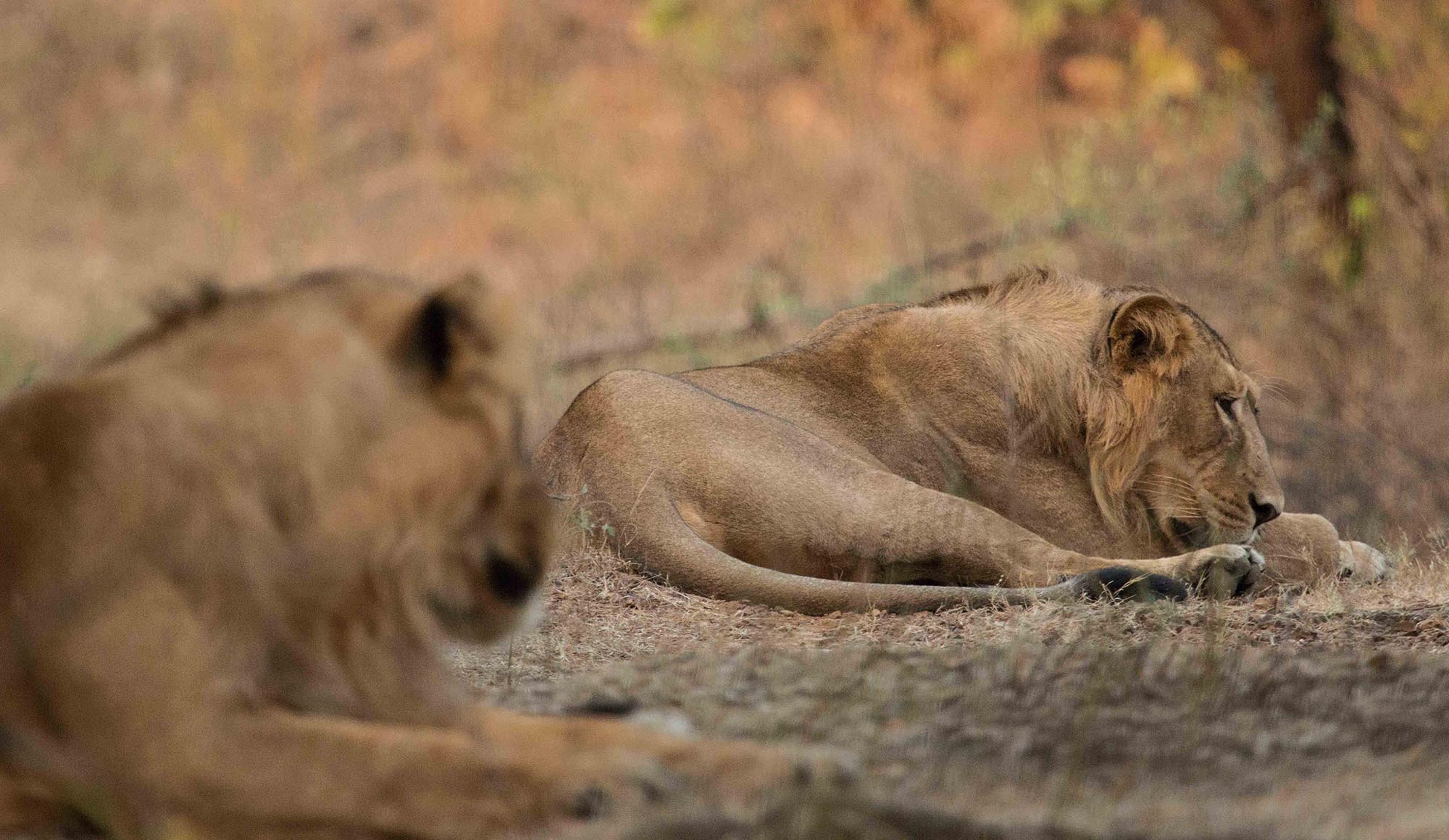 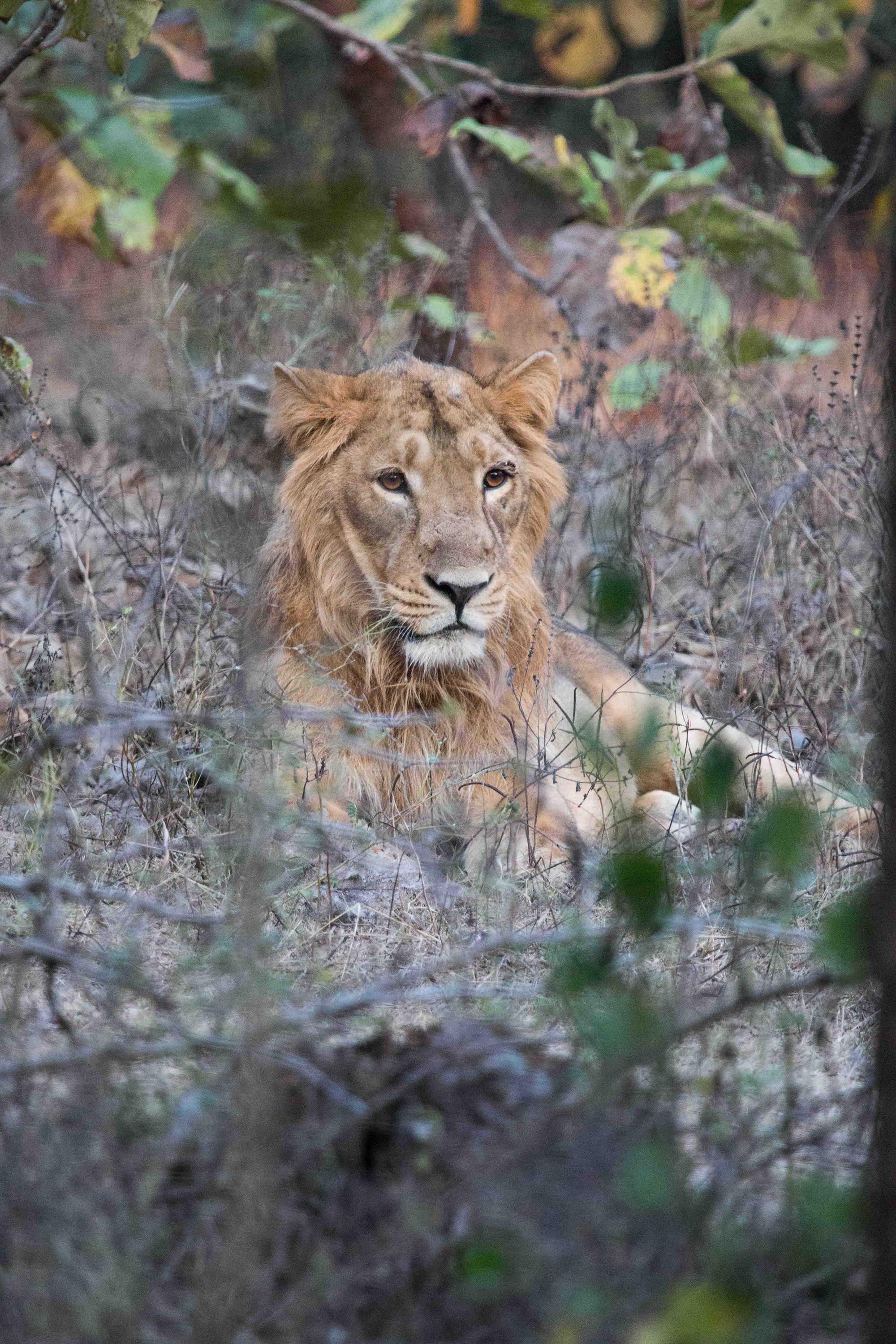 After that, we could saw Raju during our fourth safari on the second day, he was walking towards us with pride and we were quite awe struck. 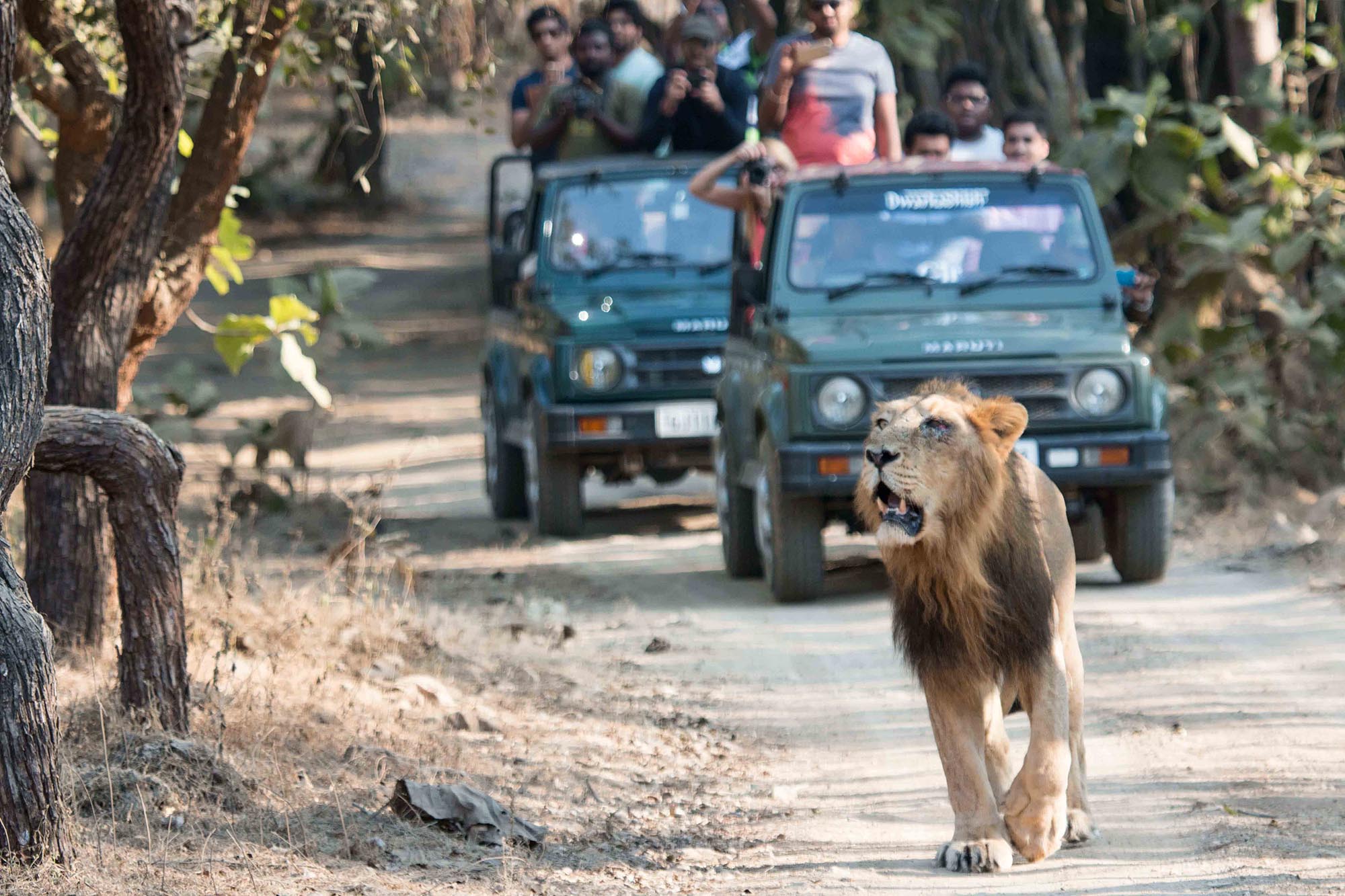 This 10 year old king, loved solitude and lived like a king. Unfortunately, he took his last breath on 8th June 2015. RIP Great Warrior. You will always be the King of our hearts.