A day of PLENTIFUL!

I had planned to visit Hosekote lake on this beautiful Sunday. It turned out to be a day of plentiful. Three sightings in the lake made my day, and all three were in plenty in number.

The moment we entered the lake, we saw a tree full of hundreds of Barn Swallows. The scene was spectacular with plenty of shining blue and white birds in trees with sunlight playing on them. They took off from the tree at the same time, flying high and they would also settle on the tree at the same time. This synchronized act of this flock went on for a while. The birds never gave us an opportunity to move an inch, as we were quite awe struck with their dynamic movements. 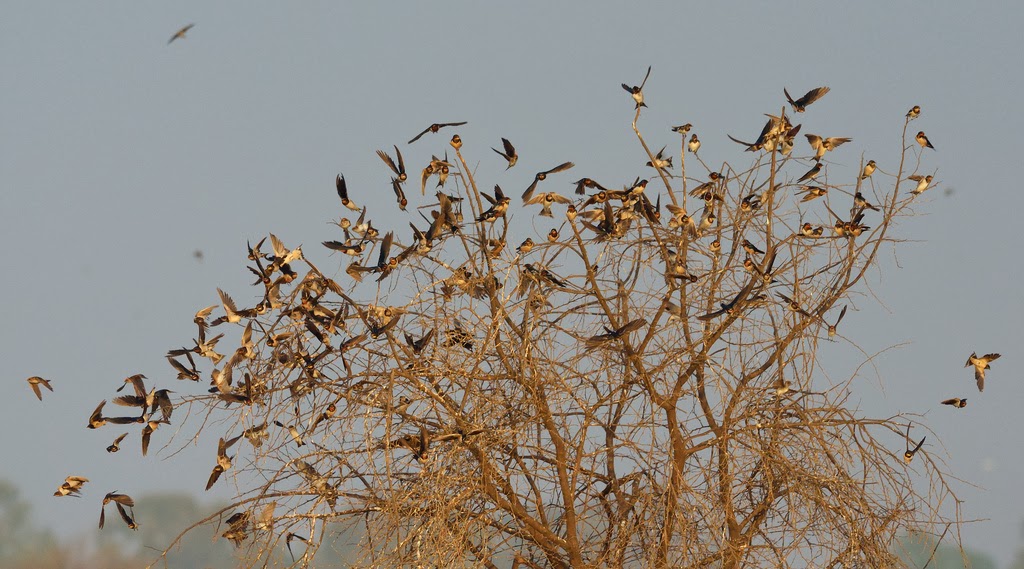 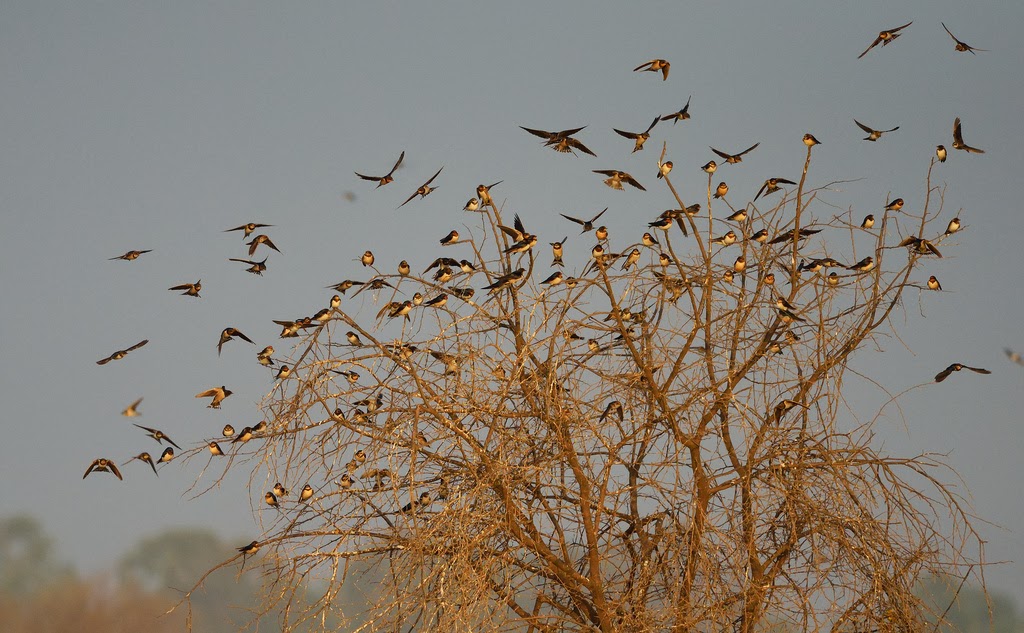 After a bit more walking into the lake, we saw a huge flock of Little Stints settling in the water. Later they started flying in a synchronized way, showing their white underside. They flew for a distance and suddenly changed direction, showing their dark upper side. White a minute ago and black a minute later, it was magical. 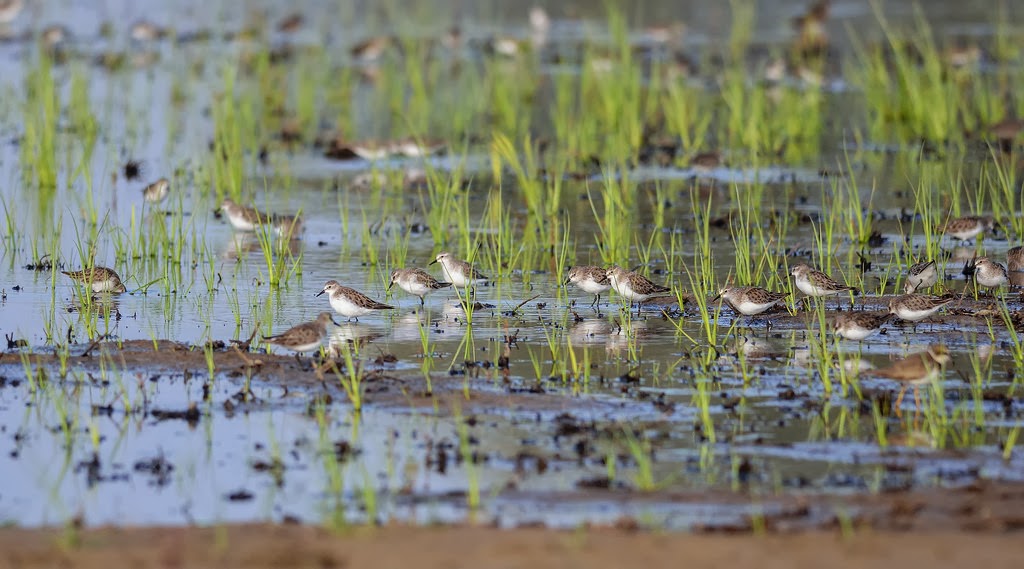 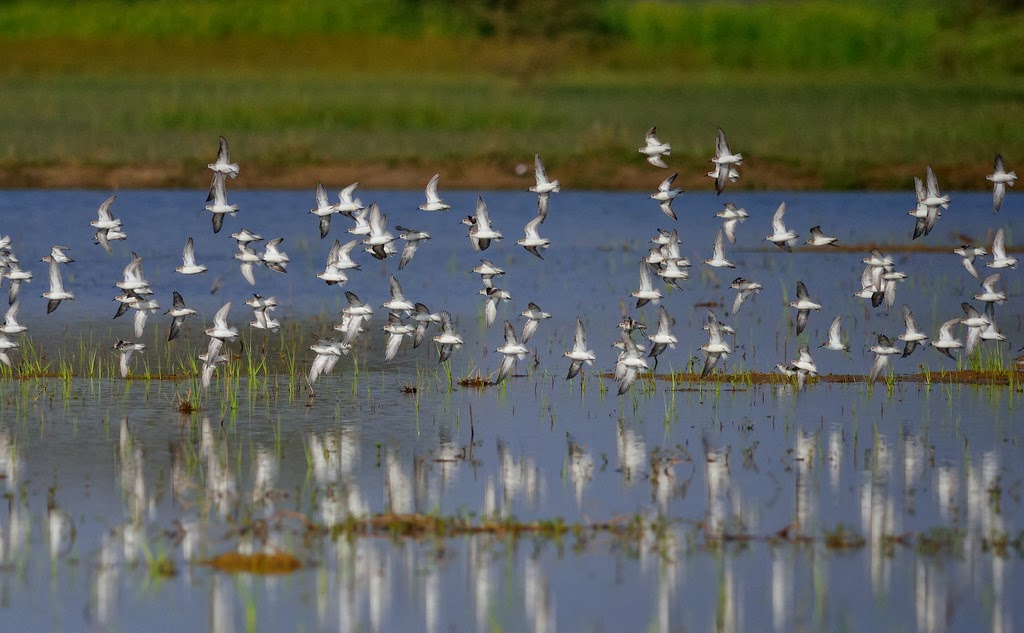 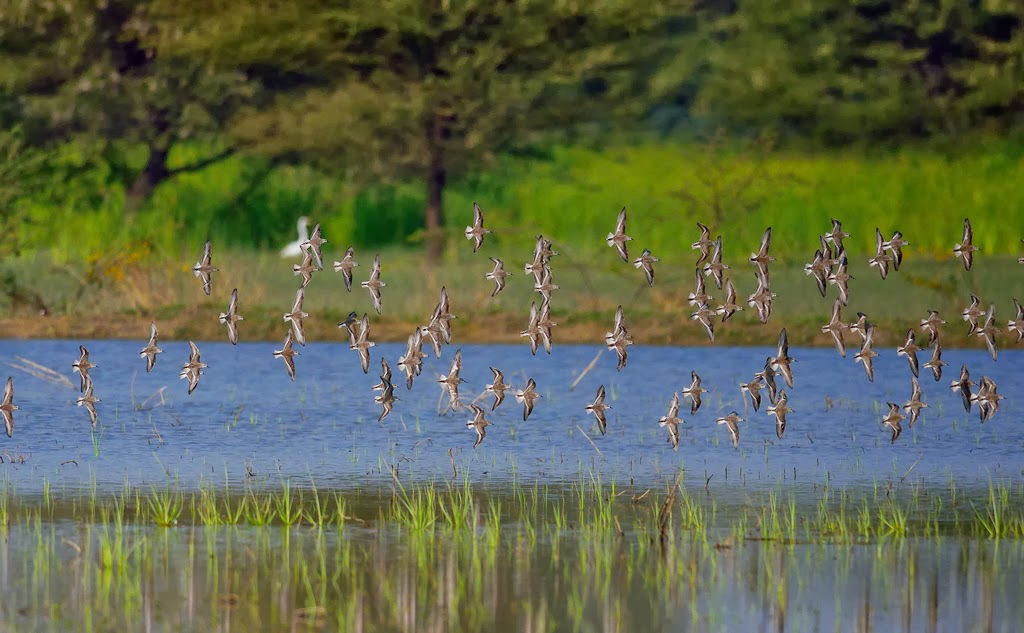 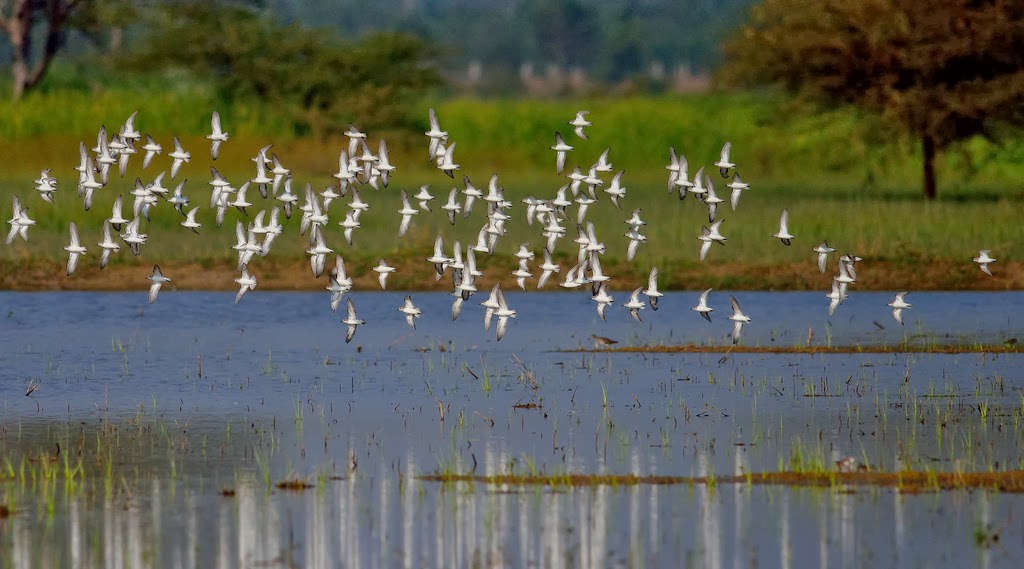 There were muddy bunts in the lake, separating water from one areas to the other, just like mini-dams. We noticed that the water was continuously disturbed like someone is shaking from inside. They were fish, in plenty. A multitude of fishes were swimming through the water, pushing the muddy little walls, making ways and swimming to the other side of the lake. 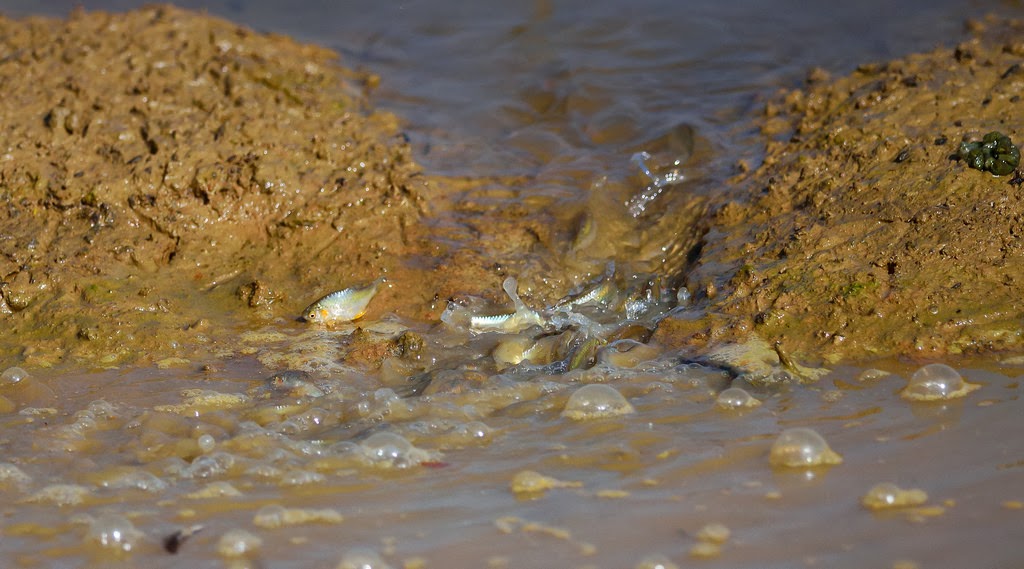 It was surprising to see the action, with such small creatures using strength of numbers, breaking through the mud and swimming to the other side.