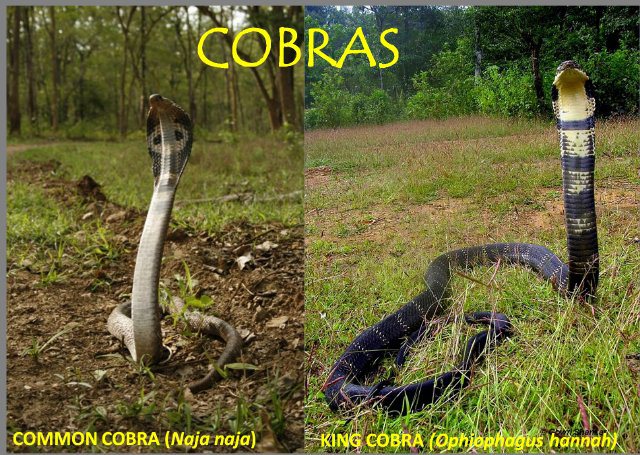 Many people cannot tell between a Common Cobra(Naja naja) from a King Cobra(Ophiophagus hannah). It may sound absurd to a few but from my experience the majority belong to the latter category. I have watched television anchors and news readers confidently make this mistake, newspapers whose editors care less to be corrected in spite of my efforts to explain and sadly the rest would rather believe these poorly researched mediums than a lamenting herpetologist! Hence this article to list the basic differences between the two snakes but does not delve into detailed taxonomic or behavioral differences. 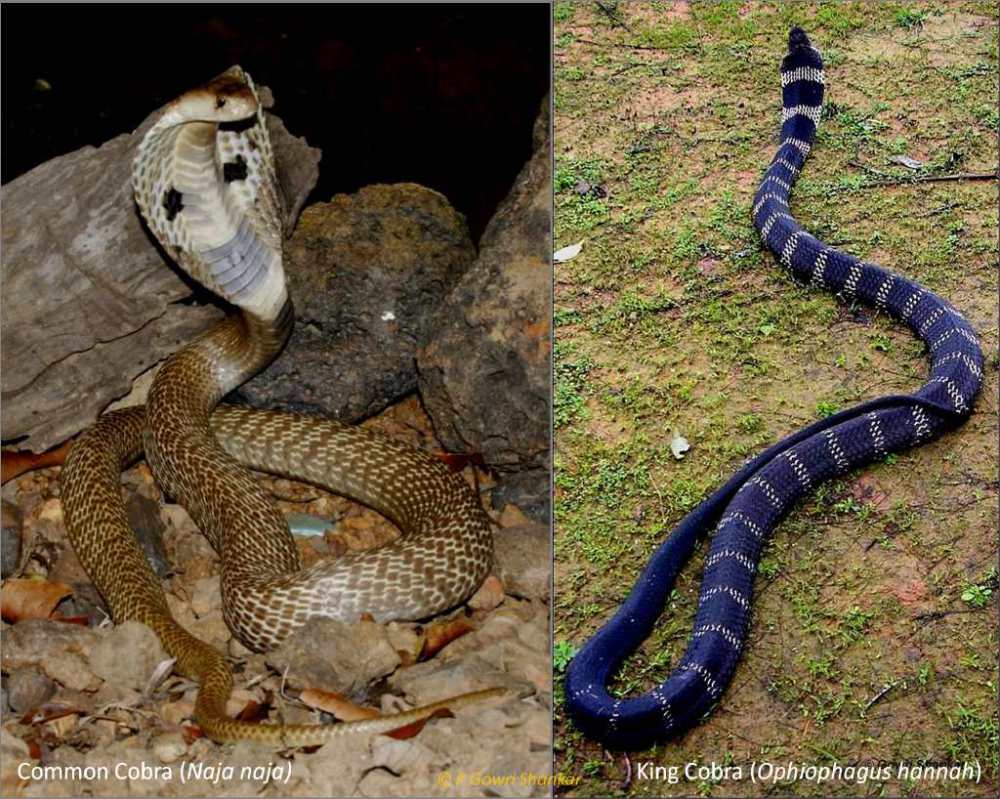 Common Cobra : Usually grows up to 5.5 feet
King Cobra : In India they grow up to 15 feet 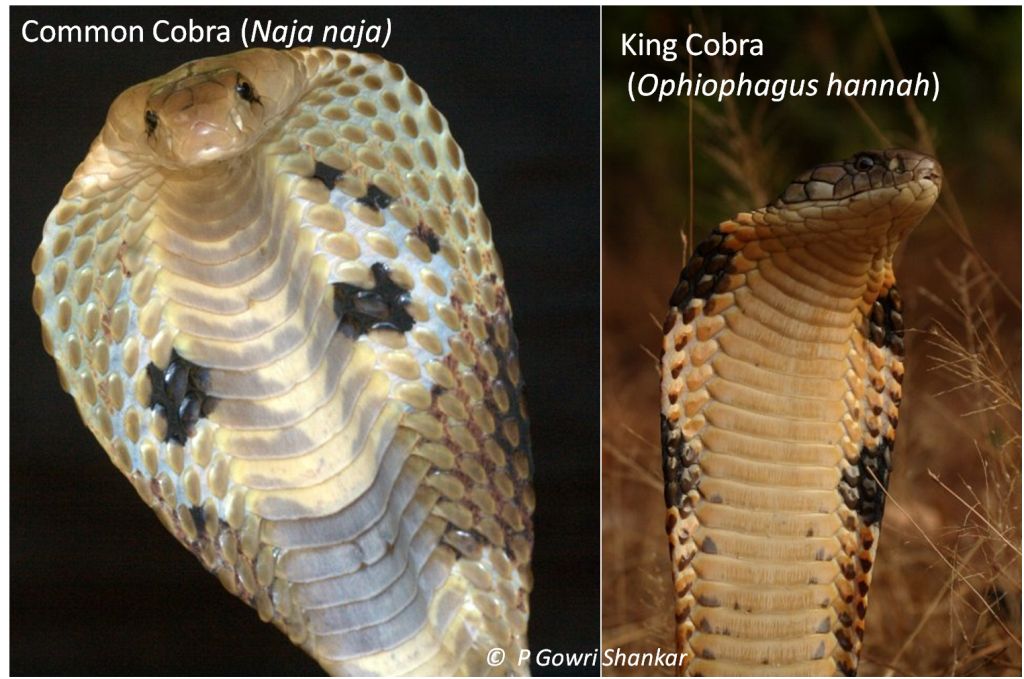 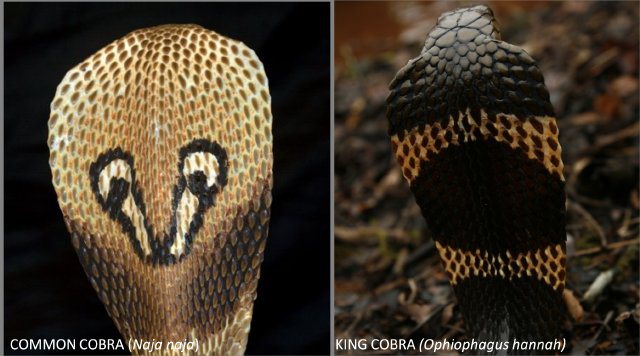 Common Cobra : Varies between light to dark shades of brown. Has a spectacle mark behind its hood.
King Cobra : Shades of black, brown and olive green. Has light yellow to cream coloured chevron shaped markings from head to tail 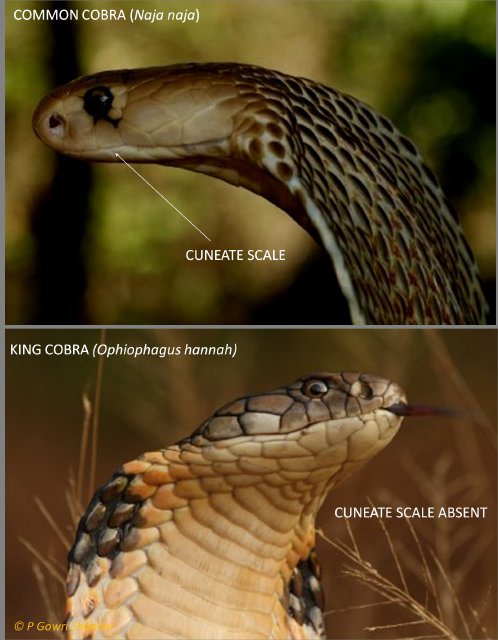 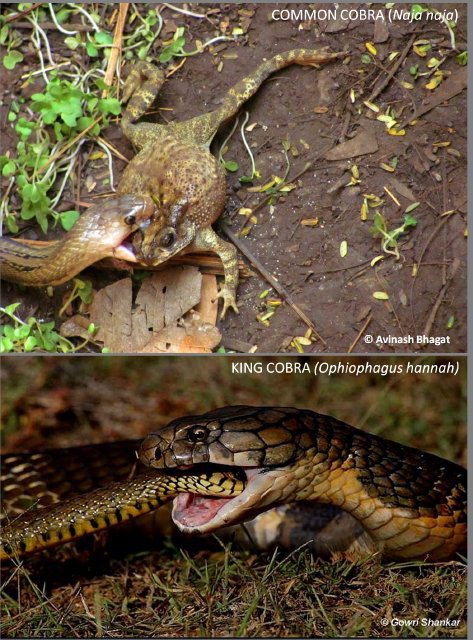 Common Cobra : Frogs, lizards, birds, snakes and small mammals like rats and hare. They are opportunistic and sometimes eat their own kind. 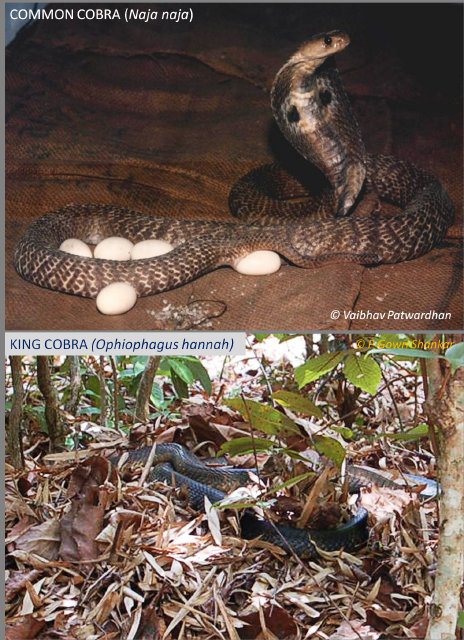 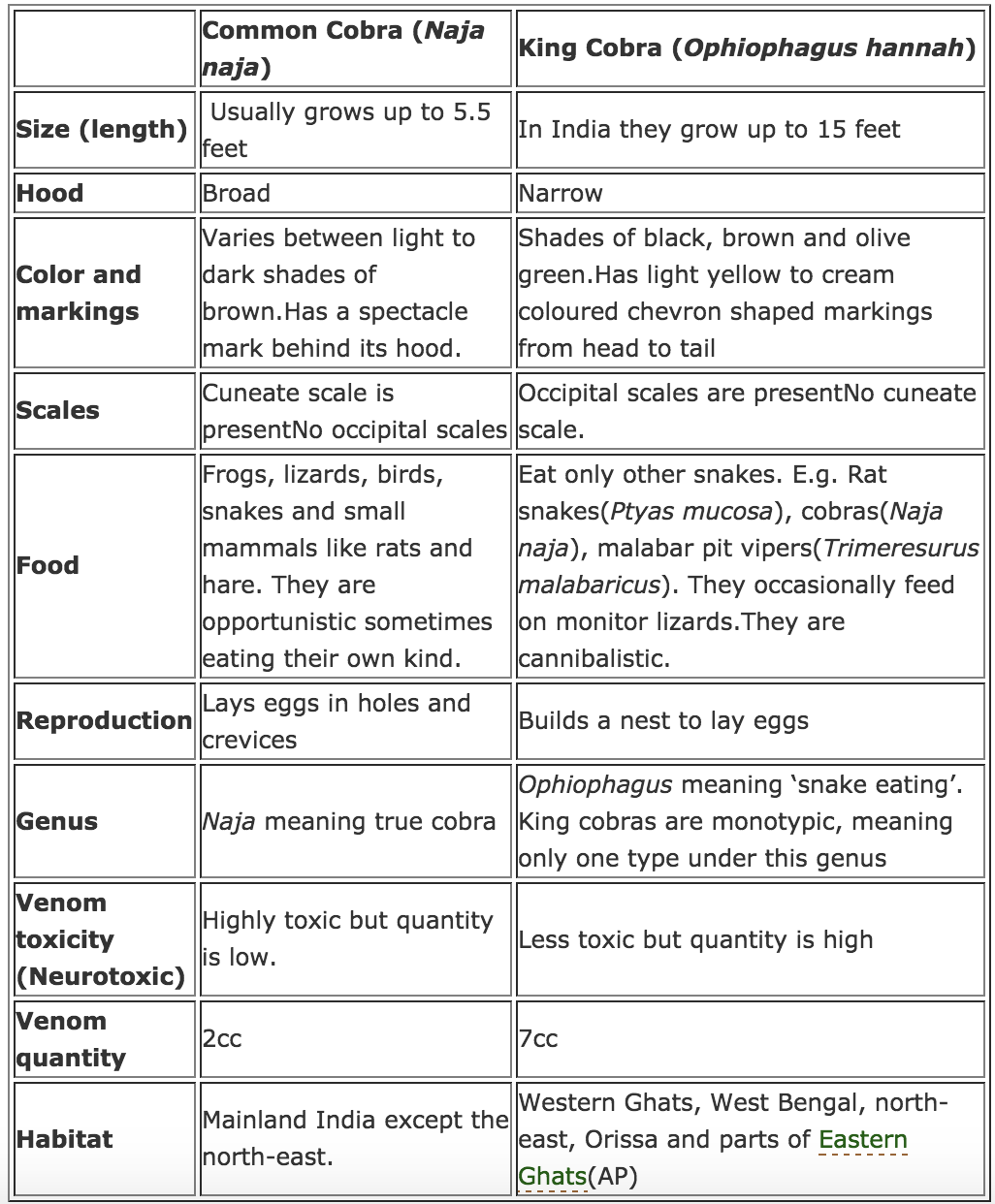 Feel free to share your thoughts and more differences which you think might help people in understanding these snakes better.