Western ghats! Somewhere in Karnataka, in an arecanut plantation.

Something flew silently between the tree trunks, and disappeared. That's a little dragon! 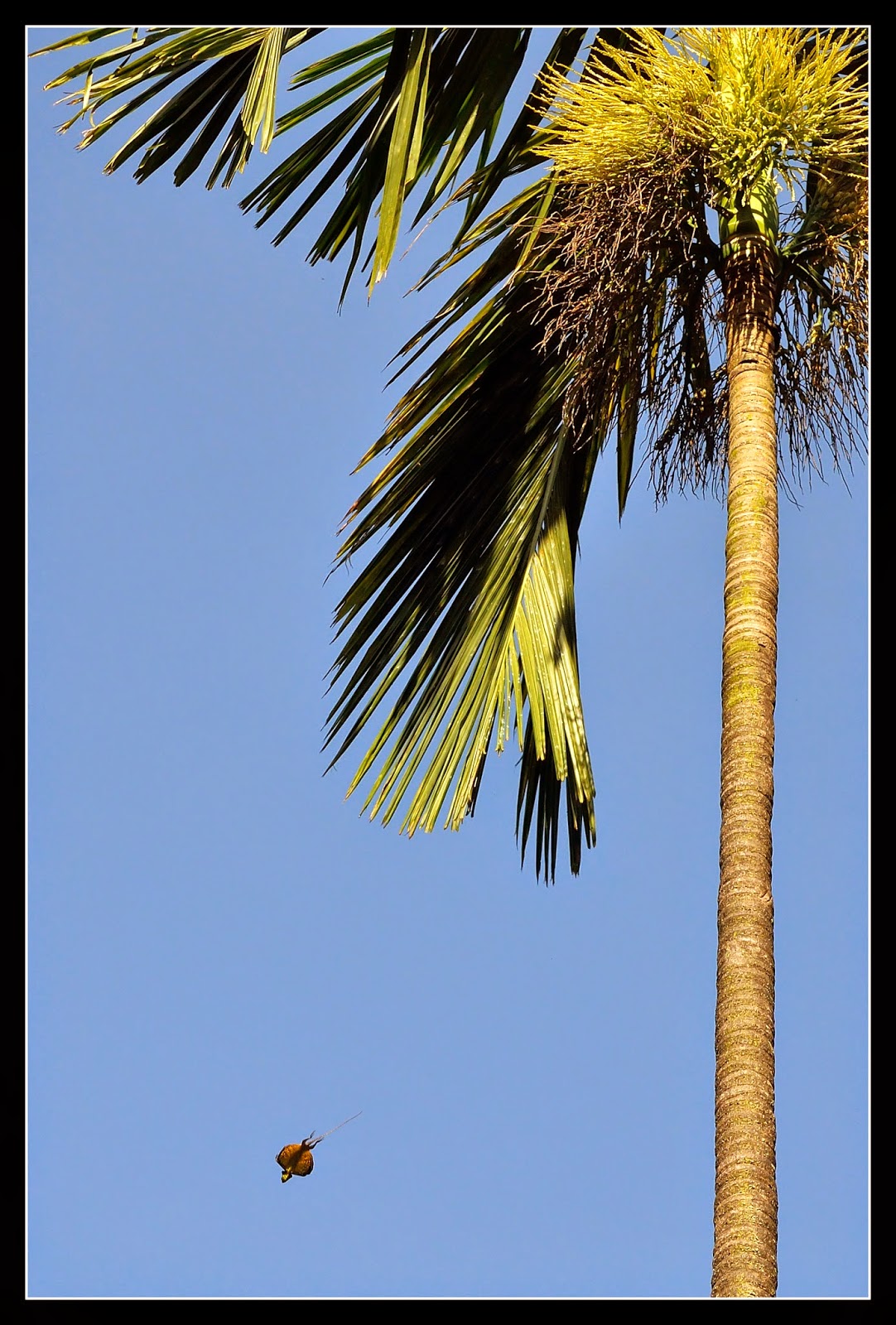 Many of us who lives in or visits areas around western ghats (Kerala/Karnataka) wouldn't have noticed a lizard that flies or actually glides between the tree trunks. 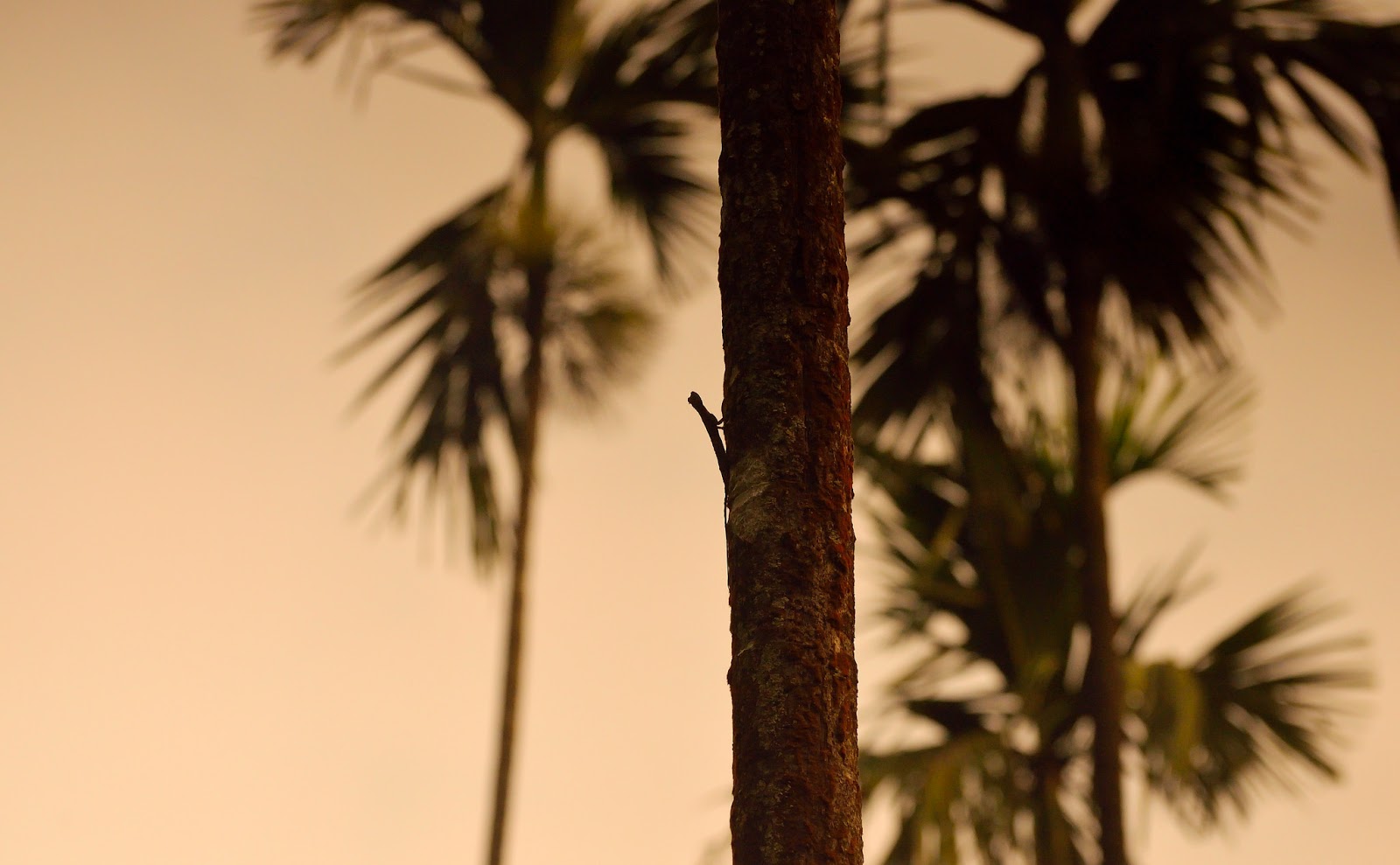 These may look like fairy tale creatures. These are the Southern Flying Lizards (Draco dussumieri), which are small reptiles that lives in tree trunks. They don't fly, but glide between tree trunks using a wing like membrane on its sides of the body. 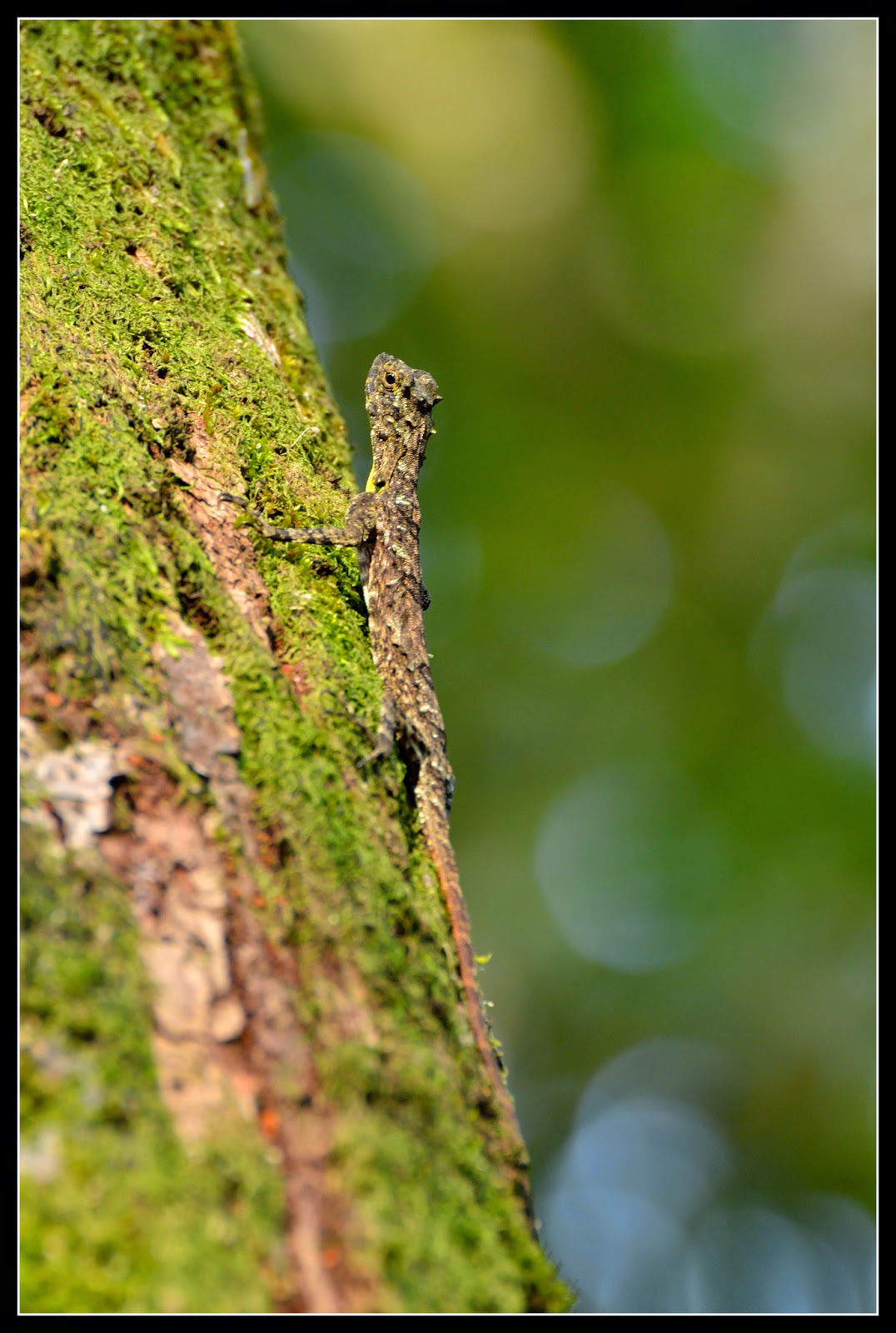 These dragons, fly by means of their ribs. Their first six pairs of false ribs, instead of being attached to the sternum, are drawn out and prolonged, so as to constitute the framework of a kind of umbrella, the covering of which is formed of a wide membrane making a fold in the skin of the flanks. This membrane is independent of the limbs. When at rest, it is folded up along each flank; but it can be quickly un-folded and spread out in case of need. 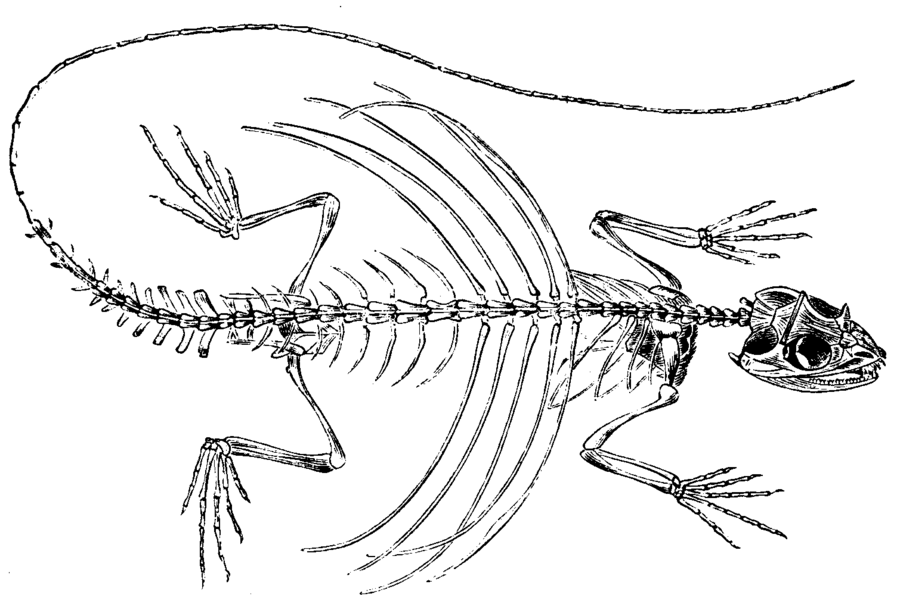 Sometimes, they can even glide through the canopy, just like a bird, changing directions may be using its tail. 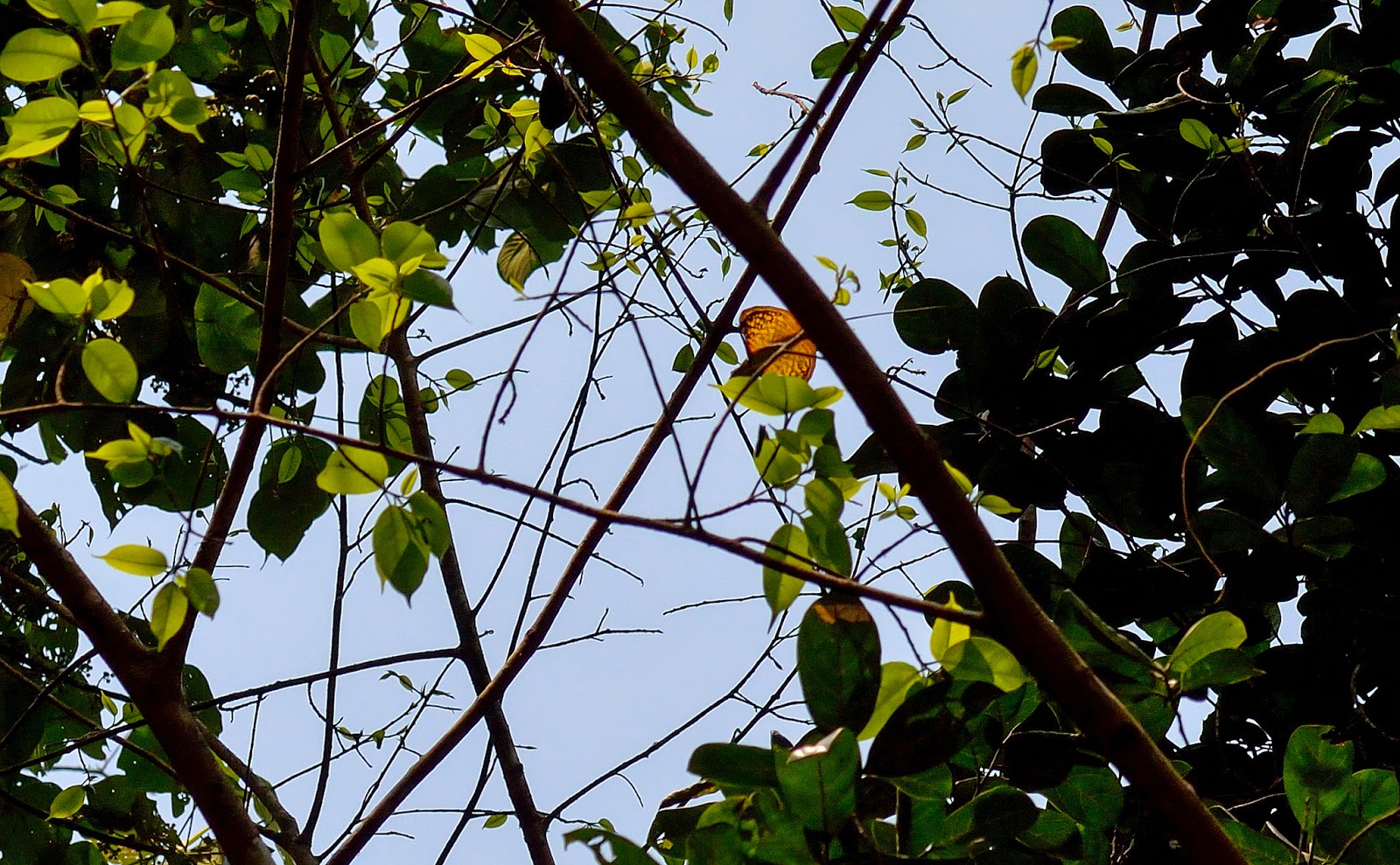 They regulate enough body heat after a good bask and climb the tree trunks to start the day. Once the lizard reaches a particular height and done with that tree, it spreads its membrane and glides through to the near by tree. It is completely silent and unpredictable. 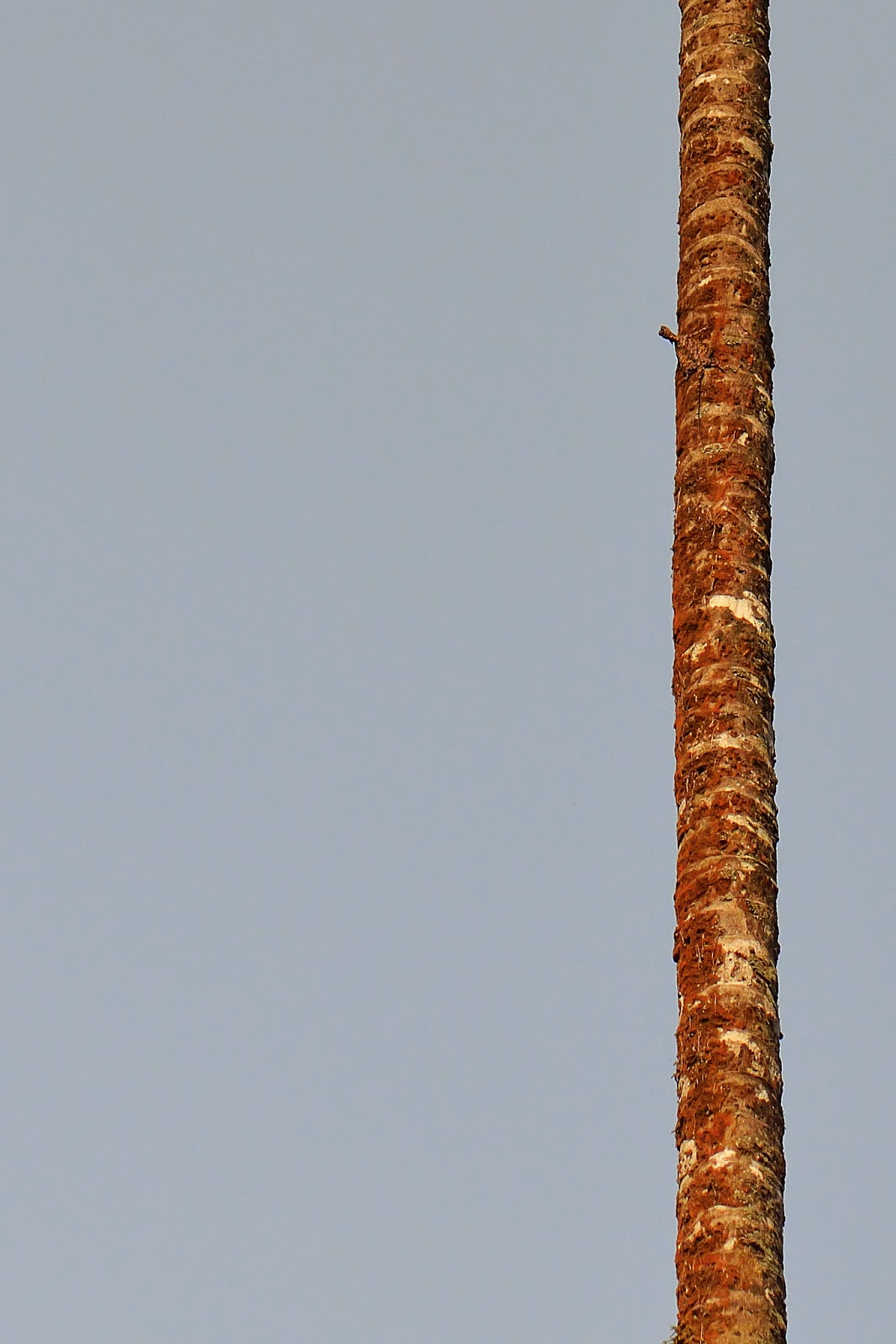 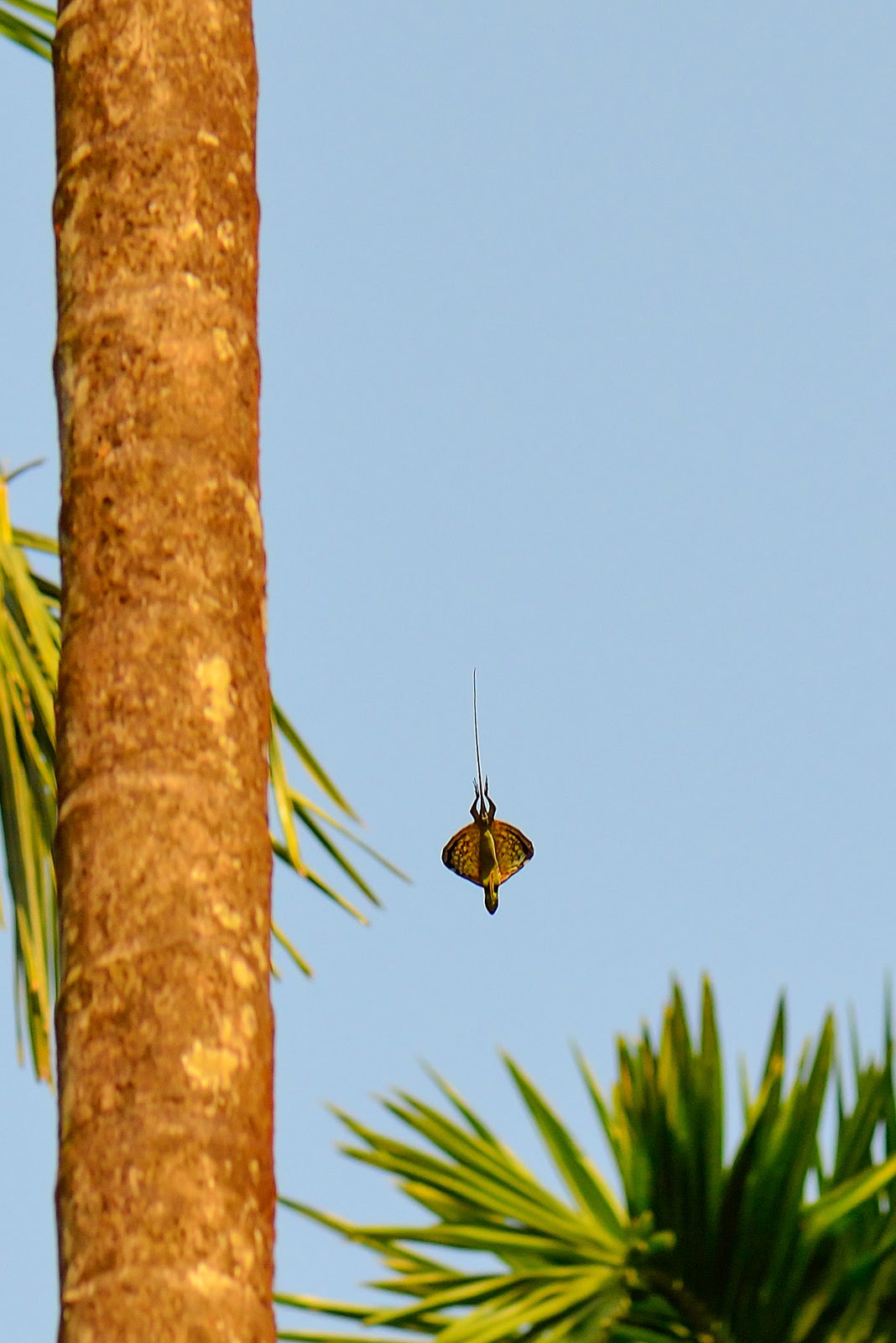 These lizards are found in Western Ghats and associated hill forests of Kerala, Tamil Nadu, Karnataka, Goa in southern India. It is also reported from some parts of Eastern Ghats (Talakona RF) in Andhra Pradesh. 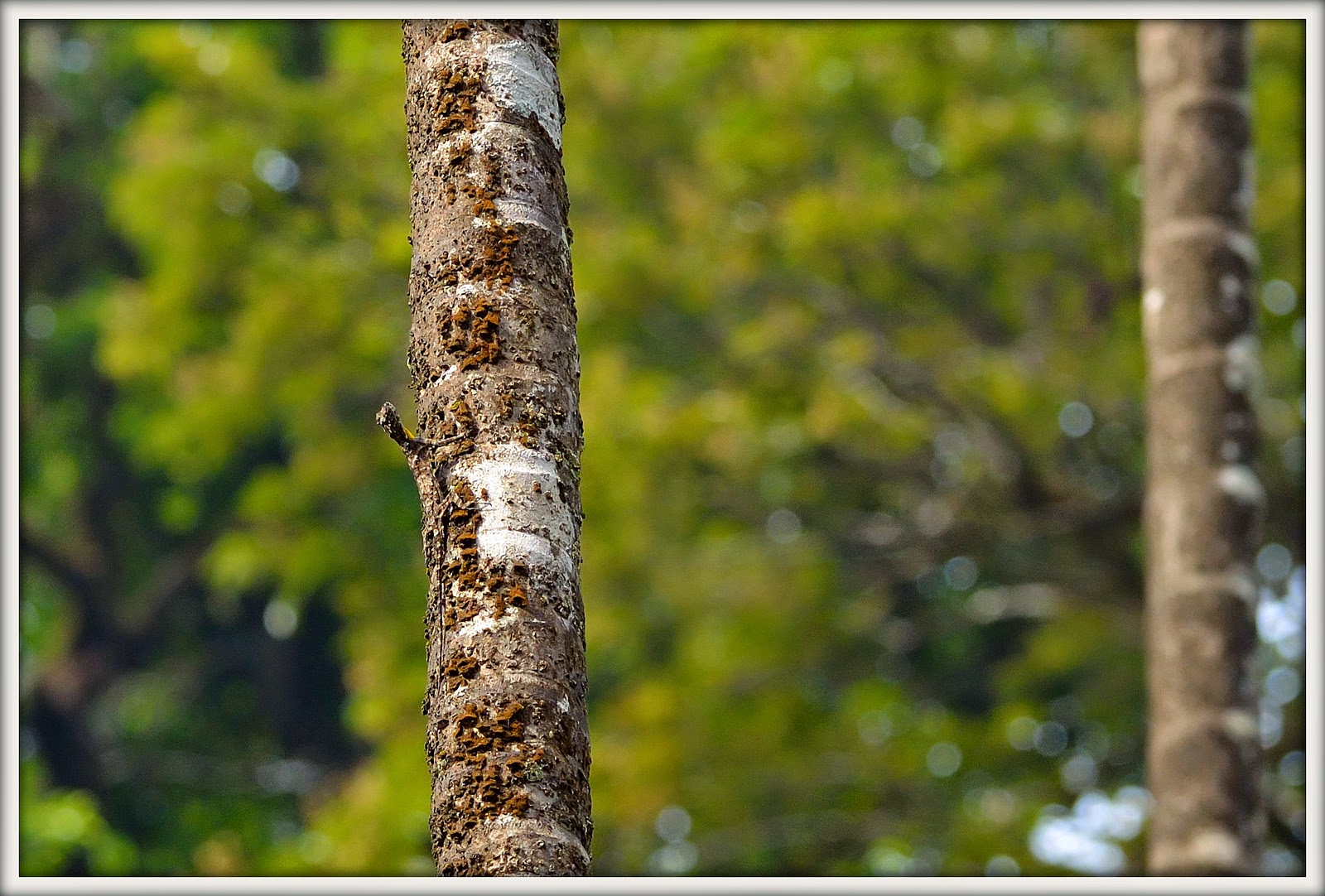 These reptiles are well-known for its extreme camouflage and it is really difficult to find a motionless lizard in a tree trunk even from a foot's distance, though the lizard is around 10-12 cm long. 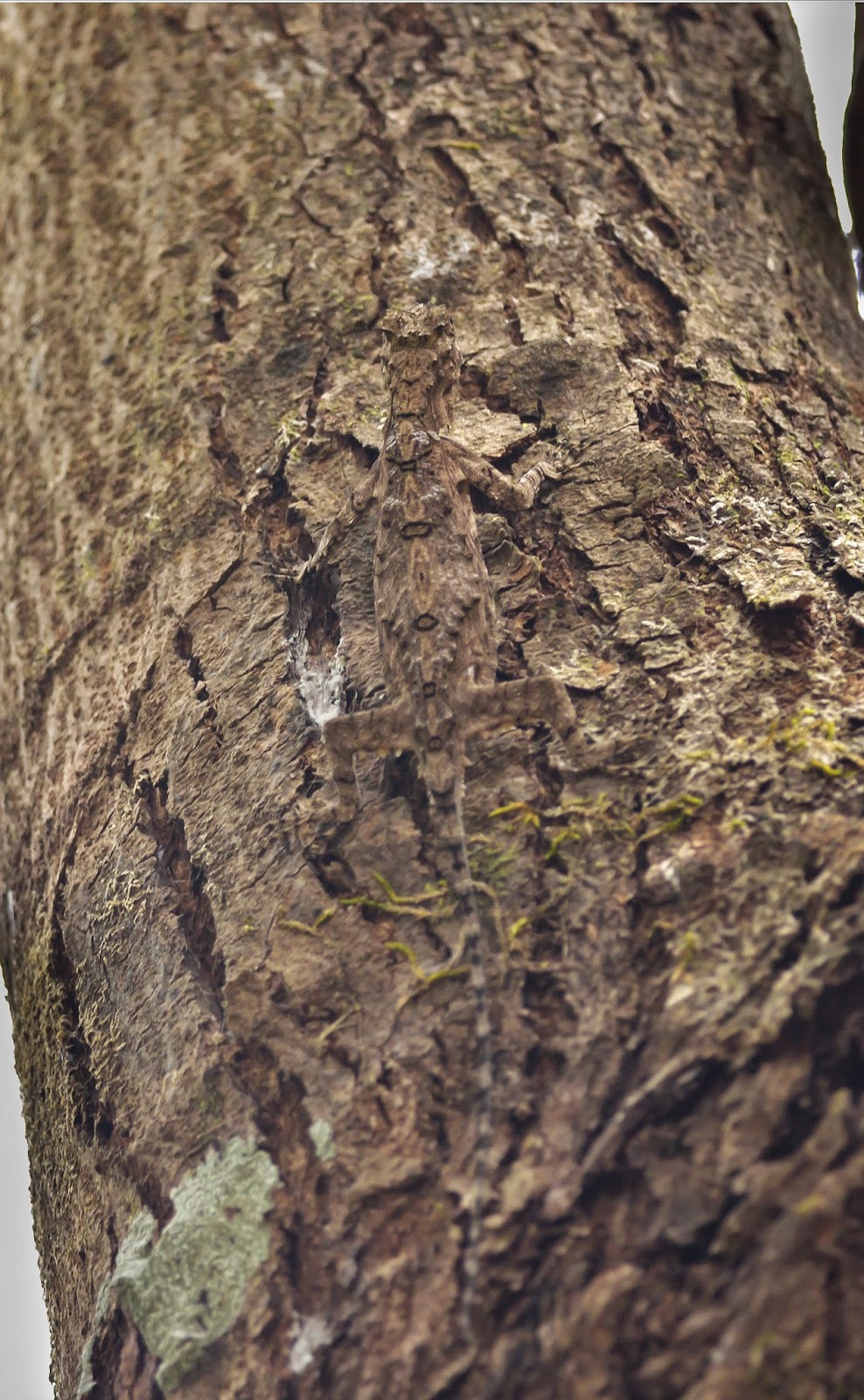 They blend completely with the texture of the tree-trunk, and makes it difficult for the prey or the predator to find them.

Also, these lizards have a bright yellow flap like structure below it's throat, using which it flips to either show the territorial presence or to attract the mate. 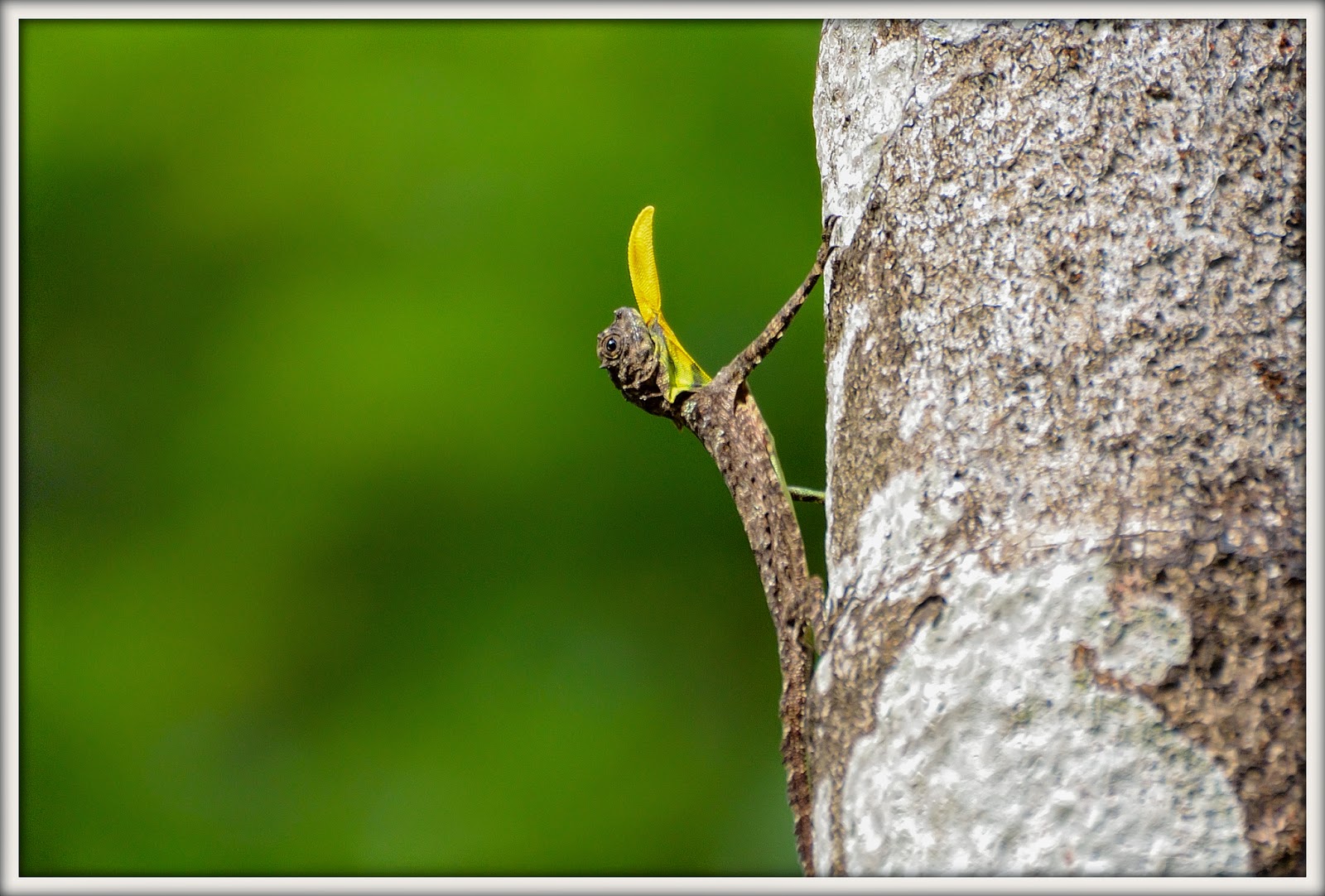 These harmless little flying lizards which inhabit the forests and garden trees, have learnt a new adaptation method and go extra mile to escape from the predators, which usually being medium sized birds like mynahs or hawks, and snakes, etc.

Next time, when you spot a lizard that climbs fast a tree trunk in any plantation in western ghats, that could be a "Southern Flying Lizard".

Wait and watch for sometime to witness the wonderful glide of this magnificent creature.