Ranthambore National Park is one of the largest national parks in northern India. It is situated in Sawai Madhopur district of southeastern Rajasthan, about 110 km northeast of Kota and 160 km southeast of Jaipur, which is also the nearest airport.

Ranthambore wildlife sanctuary is known for its tigers and is one of the best places in India to see these majestic predators in the jungle.

The park lies at the edge of a plateau and is bounded to the north by the Banas River and to the south by the Chambal River. There are several lakes in the park. It is named after the historic Ranthambhore fortress, which is located within the national park. The park covers an area of 392 km². It is known for its tiger population and is one of India's Project Tiger reserves. Ranthambore is the site of one of the largest banyan trees in India.

Day 1, started with Zone-3 for us. One of the most popular zone for tiger activity off late, because of the T19 Cubs. We were not so lucky to sight one, but we enjoyed the forest and saw some of the most amazing locations, which can be magical if you end up with a tiger sighting, one such location is this. (Royal Ruins of Rajbagh Palace) 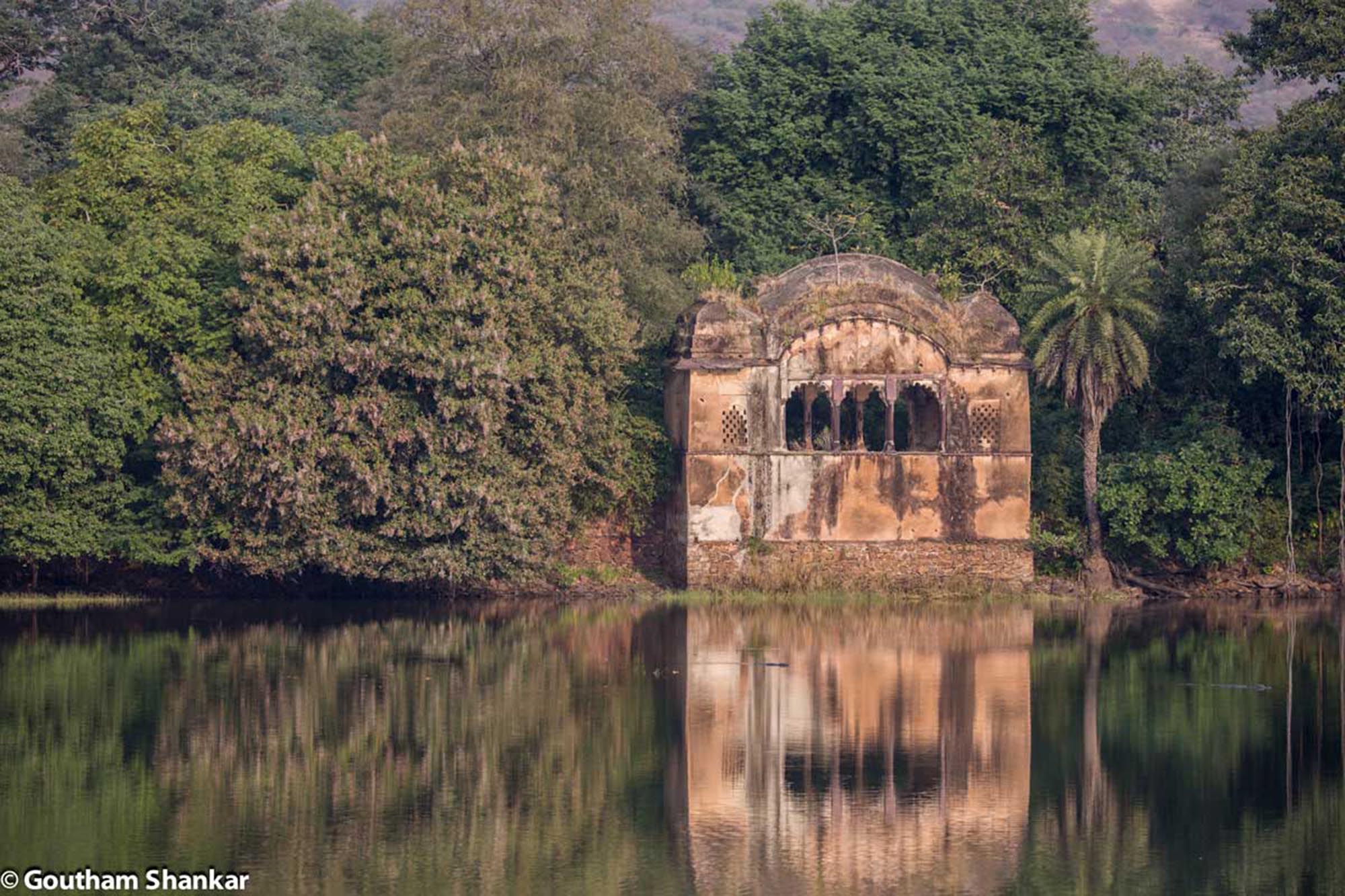 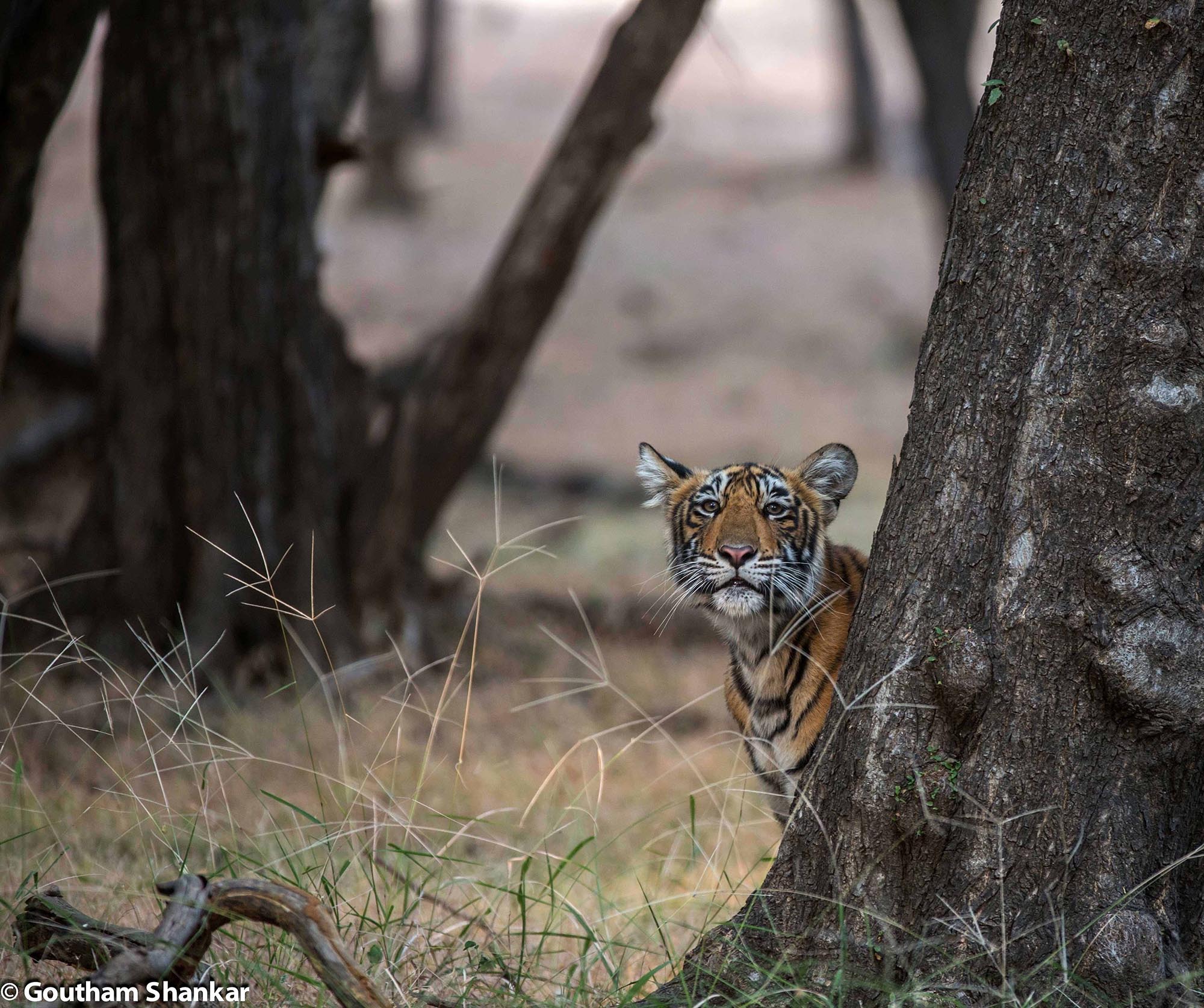 Day1 – evening safari, it was again zone 3 for us. We headed to the forest sharp at 2 PM after a light lunch switching back to the mode of enjoying the forest! For the first few hours, we drove all around the zone checking out some vantage points where the chances of sighting CATS are very high. we were not so lucky to spot one, but it was a fantastic drive. Our experienced naturalist suggested that we should stay close to the lake, as there were good chances of spotting the tiger around. So we made our way close to the Rajbagh lake. 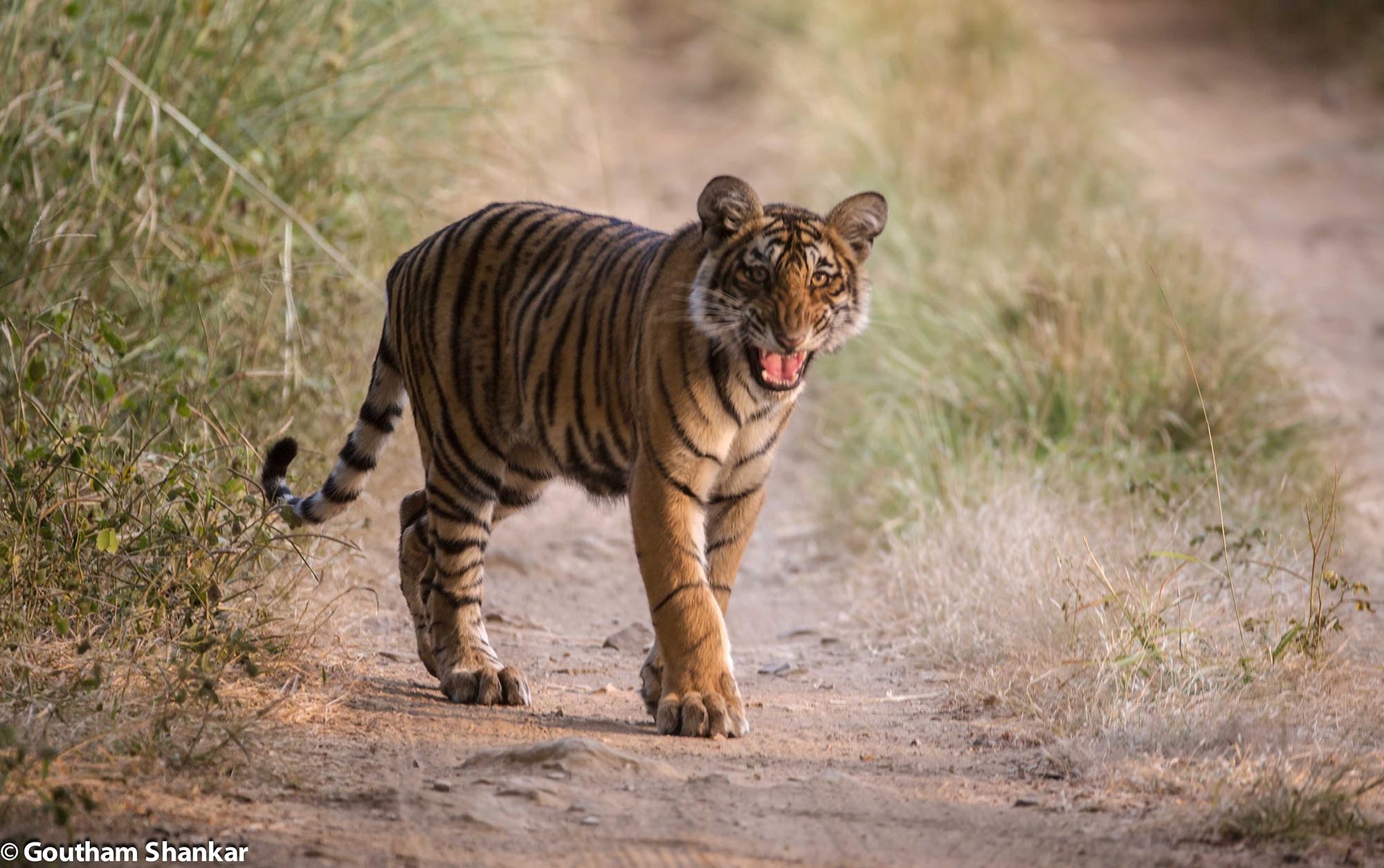 Now, one of them in the canter spots the cubs and starts rushing towards them! What would you expect the others to do?  You are so excited that you start looking everywhere to get a glimpse of the cubs. But once you spot them, you just can’t take your eyes off them so here’s one click of the cute and curious cub!

These cubs were very shy and were not accompanied by their mother (T19), may be that’s one of the reasons they were not ready to come out in open. The hide and seek continued for a while before they disappeared into the woods.

Close to 8-9 hours is spent on safaris rides each day, these hours are like minutes. Just not enough, you always end up with wanting for more. One needs to have passion towards wildlife, one needs to understand the subject what they are photographing at the same time code of conduct is very important.

In one of the safaris we came across this fantastic scene of tigress killing a sambar (fawn) and taking it for its cubs. It was so selective and camouflaged so well that the kill took place in less than 15 seconds.

After making a kill it took the sambar to the place where it had left the cubs. The cubs were so obedient that they never wandered around or changed their place. 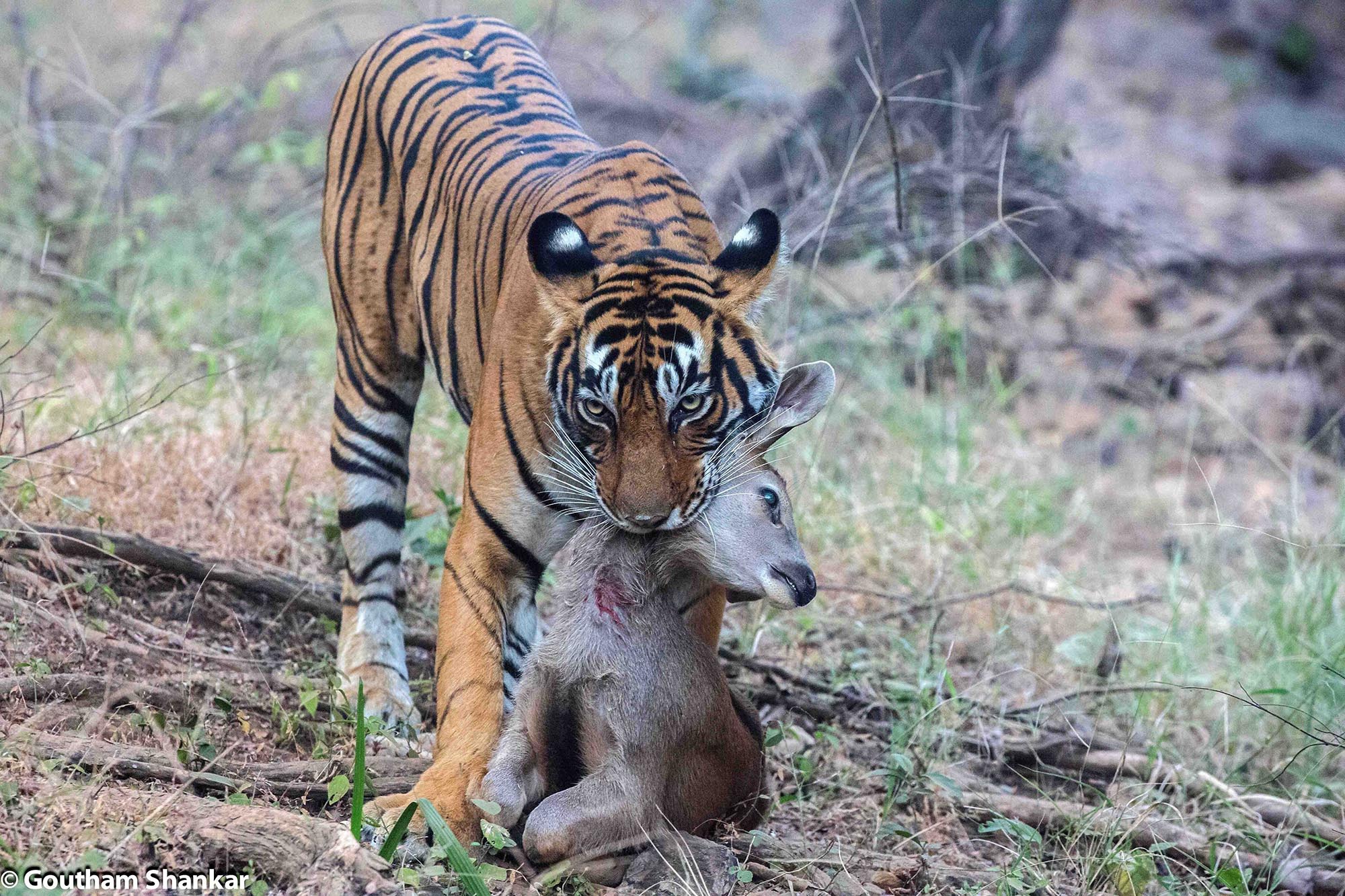