Welcome back everyone to another edition of Birds of Bangalore, breeding season is in full swing for many birds and it's interesting to watch these birds investing so much effort in building their nests, working tirelessly, hunting insects and more. Also summer migration is in full flow, Blue tailed bee-eaters, River terns and other summer visitors are here to breed as well. This weekend I had plans to do lots of bird watching and sketching, painting and more activities however due to death of one of my relative, all plans went haywire, had to keep everything aside and travel. That's how it is, when things go wrong seems like everything goes wrong, one after the other!

Only thing that is in our control is to keep fighting back, good that I did make few study sketches during the week, so I am presenting the same to you this week. 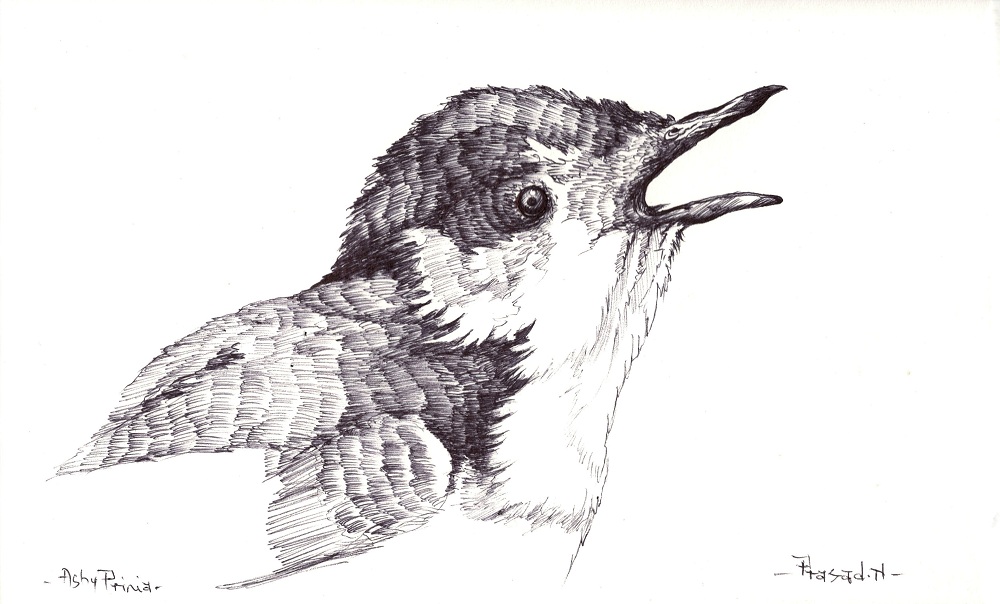 As the breeding season is in full swing, I was able to experience and can watch these regulars calling for their mates and long calls during early mornings. Also feeding insects as well to woo the female is one of the other normal behavior during this period. 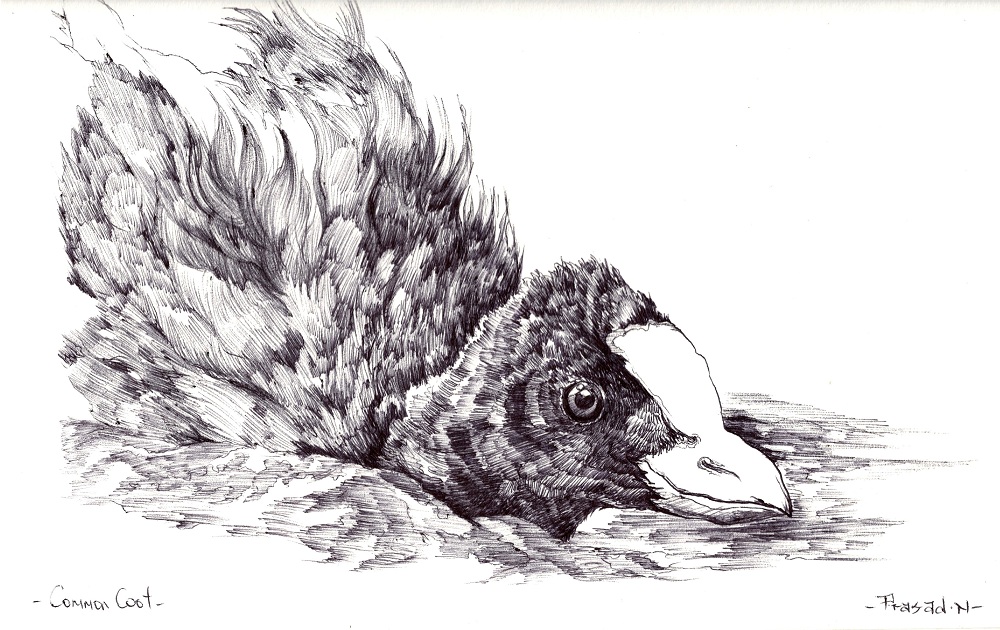 Breeding season also means male combat, Common coots males are to show their aggressive intent by lifting their tail up and lowering their bill, and they swim forward towards their competitor. Usually they avoid physical contact during these fights to avoid injuries however if none of them are willing to give up then, biting and wings flapping on each other is really exciting to watch! This battle continues till one of them gives up and takes to his heels, the winner continues to chase the loser out of his territory. After which the winner again performs a swinging dance like movements in the water facing the females in the lake. Quite a show!

For the Spotted owlet, it's the nest and their hunting skills that matters the most! Find safe hollow cavity. Breeding season also means the male has to hunt for himself, also for his mate. Hence more time is spent in hunting moths, rodents and other prey. Male and female spent more time hunting during this time of the year, which means long night patrols in the urban jungles! 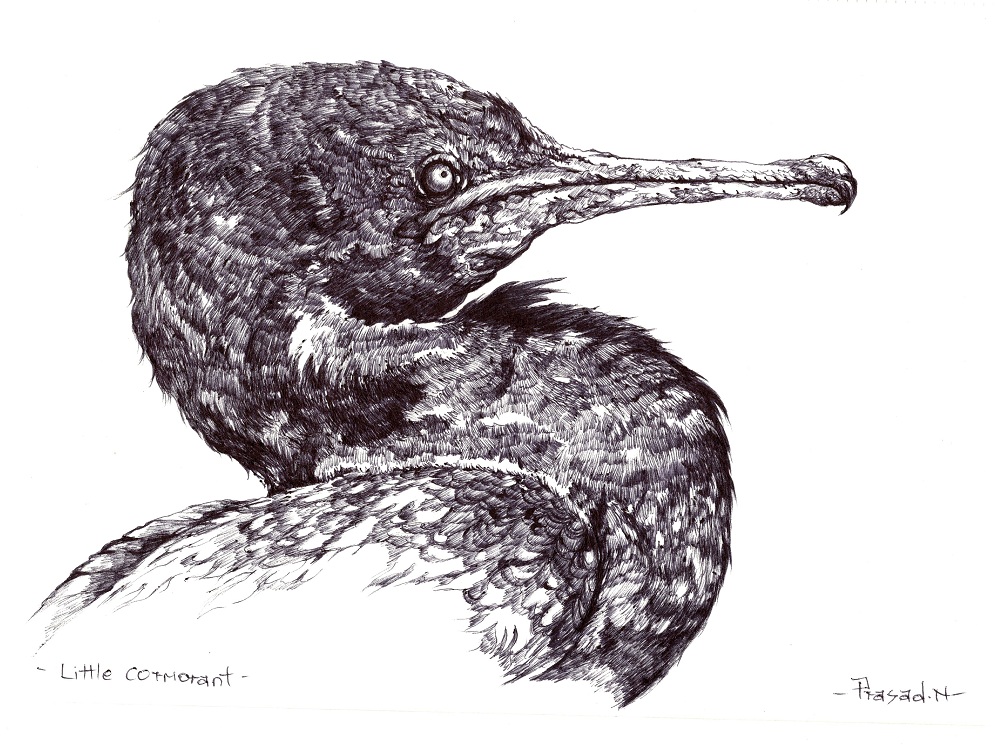 For the Cormorants, they will have to wait till post monsoon for breeding. Summer means building reserves, keeping competitors at bay, and with decreasing water, fight for existing territory is intense. Puffing of breast to show who's the boss, this is common among these little warriors, post monsoon they will have shiner coat and more of this display across lake shore will be a spectacular view to watch. For now puffing of breast is only to fend off competition though!

Hope you are enjoyed checking out my study sketches. Until next time, keep watching!