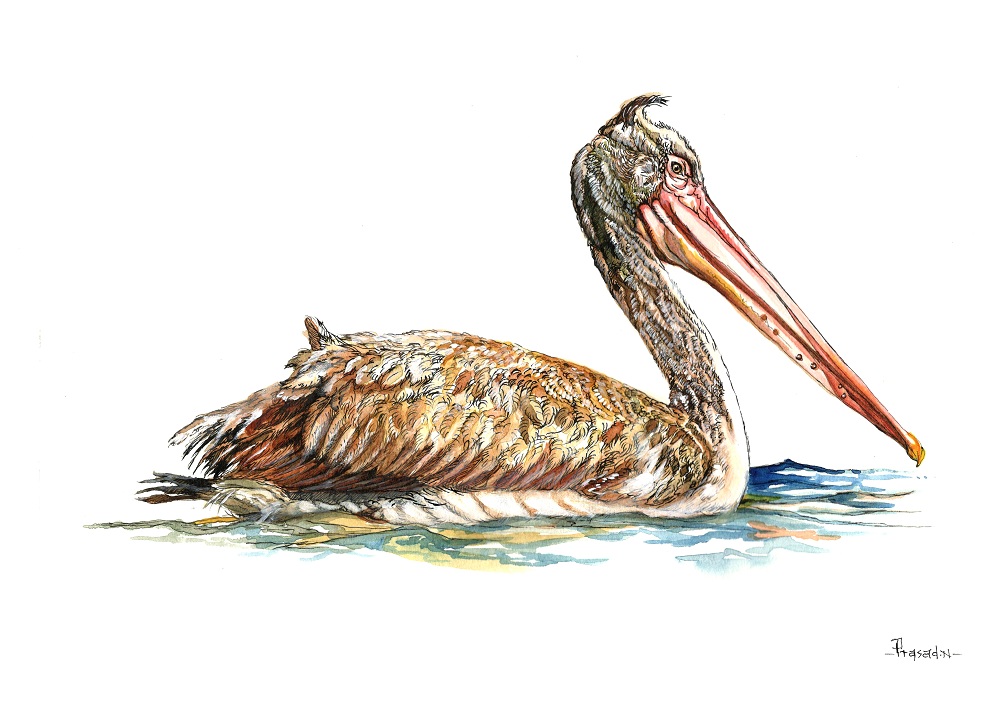 Welcome back to everyone, we know when winter is arriving, days get shorter and nights are longer. It is also great time to watch birds basking, I have been watching Green Bee-eaters and Black Drongo's sun basking and waiting for that dragonfly that strays in their path. Also, Sunbirds calls on my neem tree is a pleasant way to wake up in the morning, Palm squirrel is rebuilding his home in the earthen pots we put up for the birds, my morning fly's by with such daily visitors.

Last week when I visited Hoskote lake, was able to spot all our common friends there and was able to make few reference images as well. Tripod really helps to click at the right moment and of course added benefit is the sharpness as well. While I sat patiently on the last stone waiting for all the wading birds to wake up and start their routine. Since sun had not yet come out, I reflected back on how my mother used to wake me up before and prepare bread toast. I really miss her and more so when I head out solo. Mothers are truly nature's best gift in majority of the species. Lucky are those who enjoy the pampering and caring of mother.

The sun slowly made it out and the herons, coots, egrets made their way out. Hesitantly, our bird of this week finally made their way out as well. Large bird with long bill, majority of its body is white, edge of their upper mandible is colored yellow one can see the spots on the upper mandible, which gives them their name. Their bill is mostly colored light pink. Eye is brownish with black iris. On top of the crown there is stokes of brown, breast and most of their neck are colored grey. Edge of the wings is with brown markings and so does the tail tips. They have webbed feet and tail is round. Young ones lack the grayish coloring and majority of their body is colored white and brown.

We are talking about none other than the Spot billed Pelican (Pelecanus philippensis) also know as grey pelican since the majority of their body is white and grey. They mainly feed on fishes. It is always a pleasure to watch them gulp water in their throat and you will be able to watch the struggling fish in their big pouch. It is also interesting to watch how they line up and dive one after the other. They prefer shallow wetlands; this colony of pelicans was about fifteen in number and had young ones as well.

The spot-billed pelican doesn't migrate but move locally and are more widely distributed in the non-breeding season. The nests are on low trees near wetlands and sometimes near human habitations. They build their nest in colonies and the nest is a thick platform of twigs placed on a low tree. The breeding season varies from October to May. The courtship display of the males involves a distention of the pouch with swinging motions of the head up and down followed by sideways swings followed by the head being held back over the back. Bill claps may also be produced during the head swaying movements. The nests are usually built alongside other colonial water birds like greater cormorants and painted storks.

Last year someone shot five pelicans at Hoskote Lake, which was reported to the forest department. He was arrested and heavily fined. Also there's been heavy fishing going on this Lake, which reduces their only food source. Sometimes these big birds get tangled in the fishing lines and loose their wings, which means slow painful death. I can't stress enough on the worst hit wetlands of Bangalore, we always wake up, try to take actions only when a disaster strikes, until then we prefer to keep blind eyed to all the assault. Lake fishing should also be regulated if not most of the water birds will go elsewhere and we are the one to lose!

With this I take leave. Until next week, keep watching!