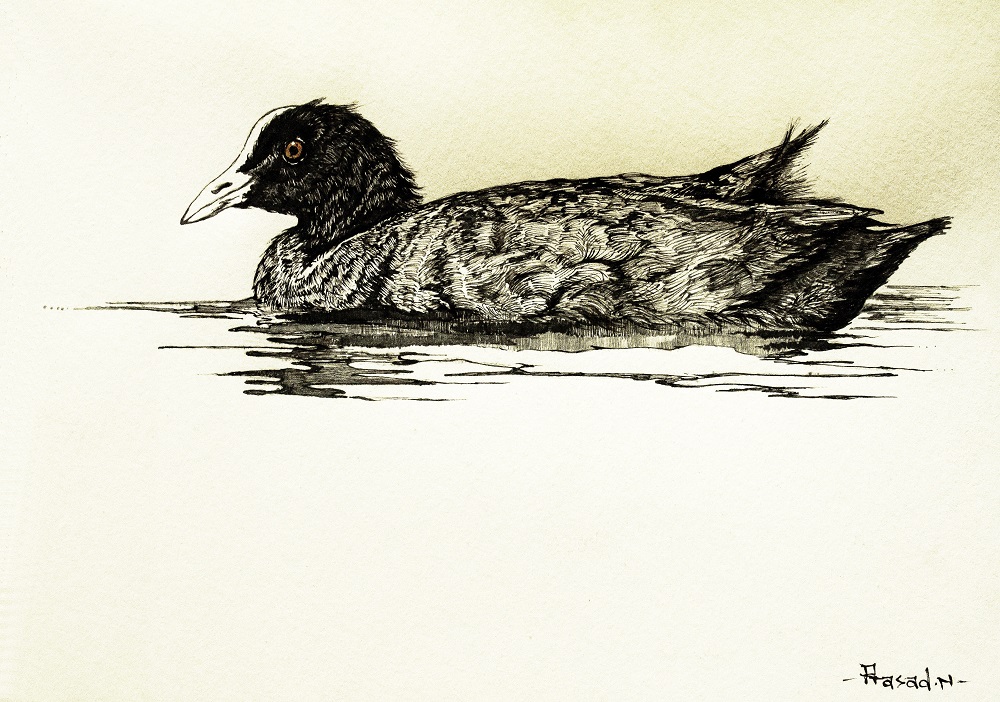 It’s already second week of our WildArt Talk and Monday is here, after a beautiful weekend observing Birds of Bangalore I am back with this post. This weekend I spent time on few of the wetlands around my home, which took me back to my childhood days when there where large farmlands, water-wells and lakes.

However as I grew up like all the other kids of Bangalore from the 80’s who witnessed one the major urbanization, saw farmlands,water-wells and lakes disappear at great pace. There was a brief disconnect with nature during those few years, however after watching couple of nature based painting exhibitions my love for nature got rekindled. That’s when I decided to make wildlife art as my main stream.

Shocking report states we had about 280 lakes in the 60’s however as per 1993 survey only 80 lakes remain. As per recent survey there were 51 healthy lakes in Bangalore during 1985 however only 17 remain. Why am I going on and on with lakes and wetlands today any idea? Any guess on the bird we are talking about this week?

Our bird today is Common Coot (Fulica), they can be easily spotted at most of the common lakes. Black plumage dominates their body, with a clearly visible white colored smooth forehead, red colored eyes and light yellow marking on the tarsus(leg). Their web feet is really beautiful to observe, this not only helps them in wading on water but also helps them make a those quick dashes on the surface of the water.

Being omnivorous they are prolific breeders and have seen them increase in numbers at all the lakes I frequent. They are believed to lay about nine eggs and two to three make it to adulthood which is still a great number. Have observed them defend their territory from other birds, sometimes killing and feeding on other birds chicks.

Though breeding at great pace, they have been hunted in large numbers by fishermen around lakes, have observed them getting stuck on long line fishing nets that stretch across the lake. With disappearing lakes, wetland birds and migratory birds of Bangalore are facing a depleting future. One such lake is the Rampura Lake, which has been on onslaught from land-grabbers; this lake was part of the birdwatch in 2014 however I hardly can see any water left. Every morning trucks carrying huge loads of leftover debris from construction sites dump them there.

What is happening with these birds today will also happen to common man tomorrow, where common man will be evicted from his land by such land mafia! Hope we wake up before it’s too late!

Hope my post made you think and was engaging? So see you next week when we tick off another bird from Bangalore. Until then keep watching!