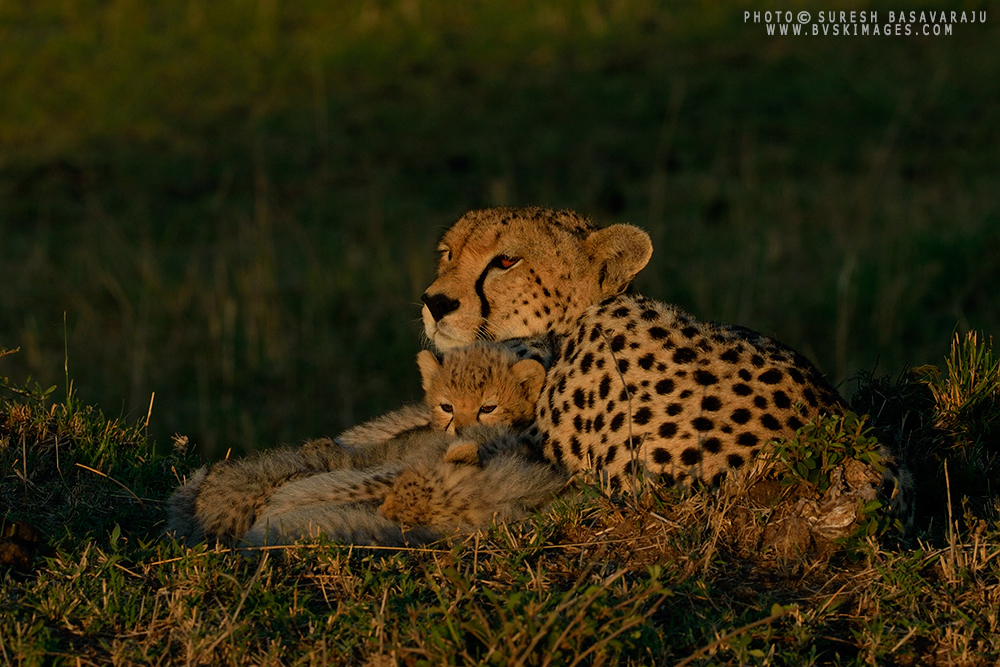 I was managing a unit of bright, enthusiastic, and young people for a MNC couple of years ago and as part of my routine, I would walk across the bays chatting up with the teams saying a word of encouragement here and lending an ear to some technical problems the team was trying to resolve! "Management By Walking" was the term someone had used long time ago in one of my jobs abroad. It was the way to connect and the unit in a cohesive manner. I liked it and adopted it. In one such walk, I paused by the desk of a team member and noticed the above proverb printed along with a background of sunrise and a silhouette of a gazelle and a lion. Searching the web for this proverb attributes this to many sources. I am not sure of the author but seems reasonable to attribute it as an African proverb.

Usually Lions would hunt larger prey I guess and Cheetah would hunt the gazelle. Doesn't matter which big cat is depicted here, we get the point!

So in my first trip to Africa, this proverb which was stuck inside my head popped up one day.

First four days went with no sightings of Cheetah. On the evening of the fourth day, we got to see the famous "Malaika" with six cubs. As the evening was setting, we went back to the camp and Simon our guide++ promised to bring us back next morning. Of all the species in Africa, I was more fascinated with the Cheetah for some reason!

True to his word, Simon brought us early morning to the area and since our camp was located in the centre of the mara, reaching the place early was no problem. As we moved in and took a position, I noticed that the area Malaika had chosen was in depression, a small crater, and the sun needed to be a little above for the subject to be lit. The hot air balloons were rising against the eastern sky. In a few moments, the sun rose along the ridge and the first light hit the subject and from nowhere the proverb popped up and I asked for the vehicle to be placed for a position suitable to capture the scene.

What makes the images with early light so attractive? Perhaps the light itself. soft, golden, from the side illuminating details that are not visible in any other light, or perhaps the deep shadows that are cast which brings in emphasis to the subject. Also, the photographer by choosing the early light showcases scenes that the average viewer does not get to see ordinarily.

Landscape photographer have done it for years, rising many hours before the sun rises, trekking to the location, setting up and waiting for the greatest show to begin. The moments do not last and a lot of preparation is needed to capture the vision of the photographer.

Wildlife photographers don't have it easy either. Many a places in India allow entry into the sanctuaries and national parks depending on clock timings and not relating to sunrise/sunset. So as one enters, sun is already up and the light is harsh. Then there is the uncertainty of sighting subjects themselves. For this reason, I love Africa where you can attempt first light images provided your camp within mara. This year I was outside the park and not a problem as there were animals close to the camp.

So what to do you need to make images of first light? Just be there at the right time. Without even planning for a subject, inspiration can strike by just being there!

Coming to Malaika, when we arrived on the scene, all I saw huddled shape that no where resembled a Cheetah. The shape was Malaika and six cubs squeezed around her. As the first light hit her she got up sleepily and one of the active cubs got up too. The mother bonded with her cub licked the cub clean and slowly the other five cubs got up. They were up and running, chasing each other, tumbling down. Never venturing for more than couple of meters away from the mother. To me, it seemed Malaika was enjoying the motherhood watching her cubs play. She stretched, yawned, stood up surveyed the surroundings. 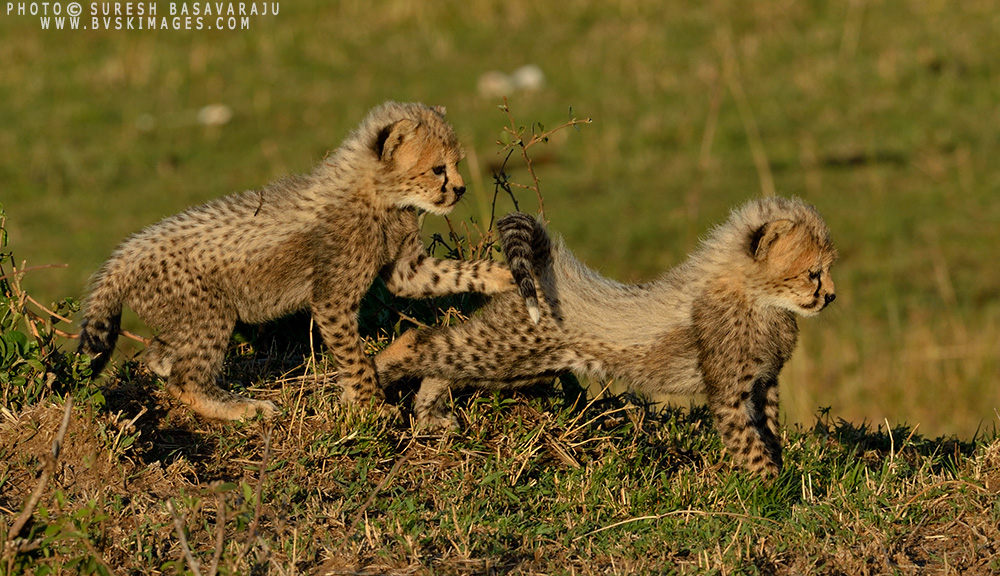 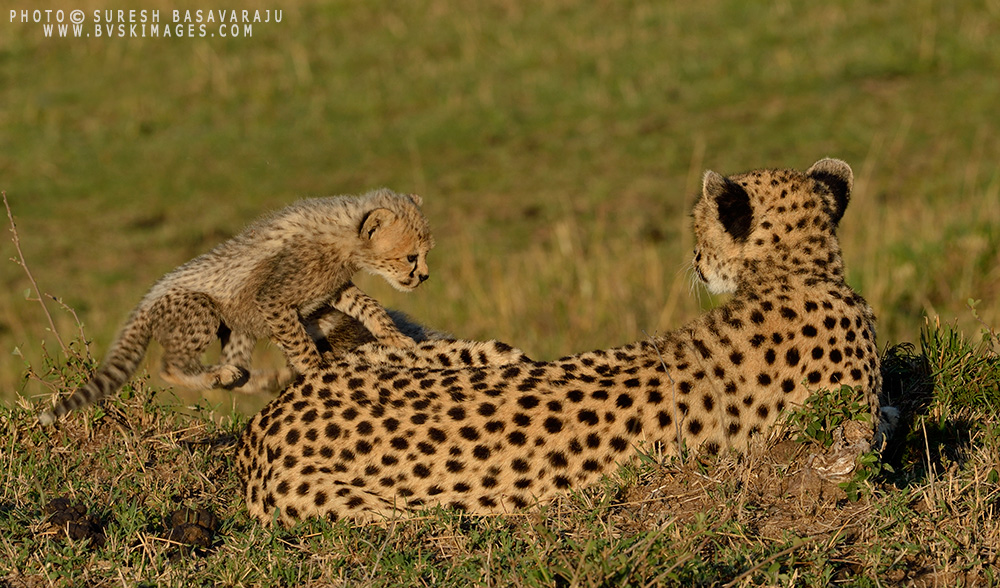 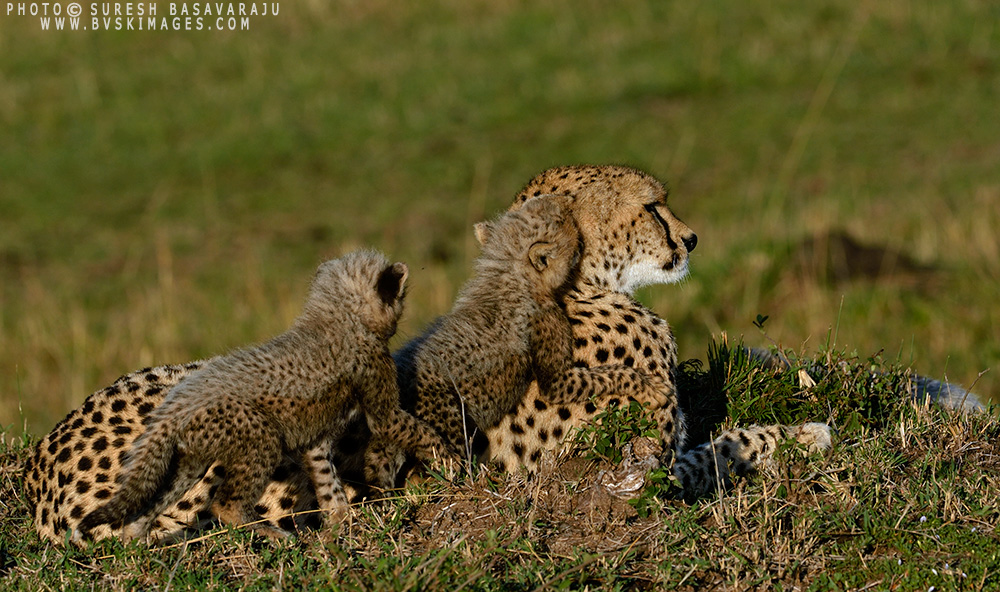 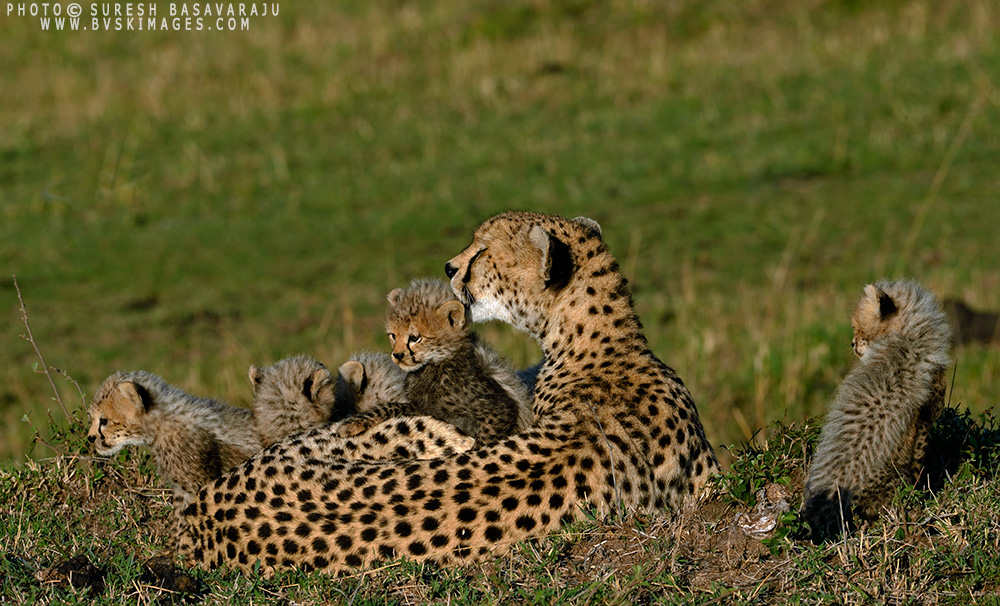 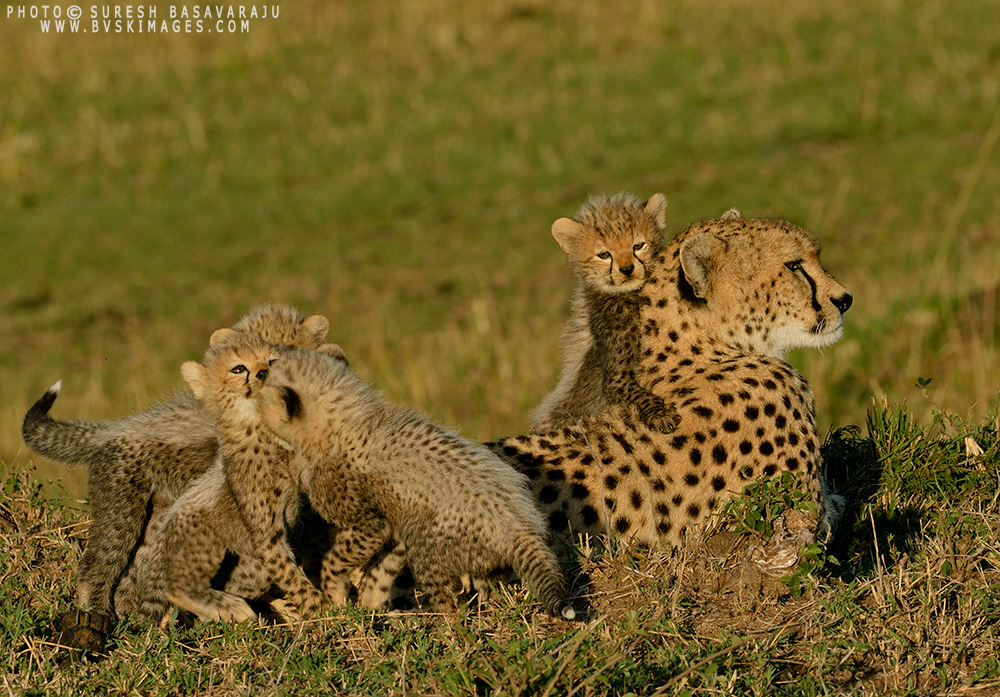 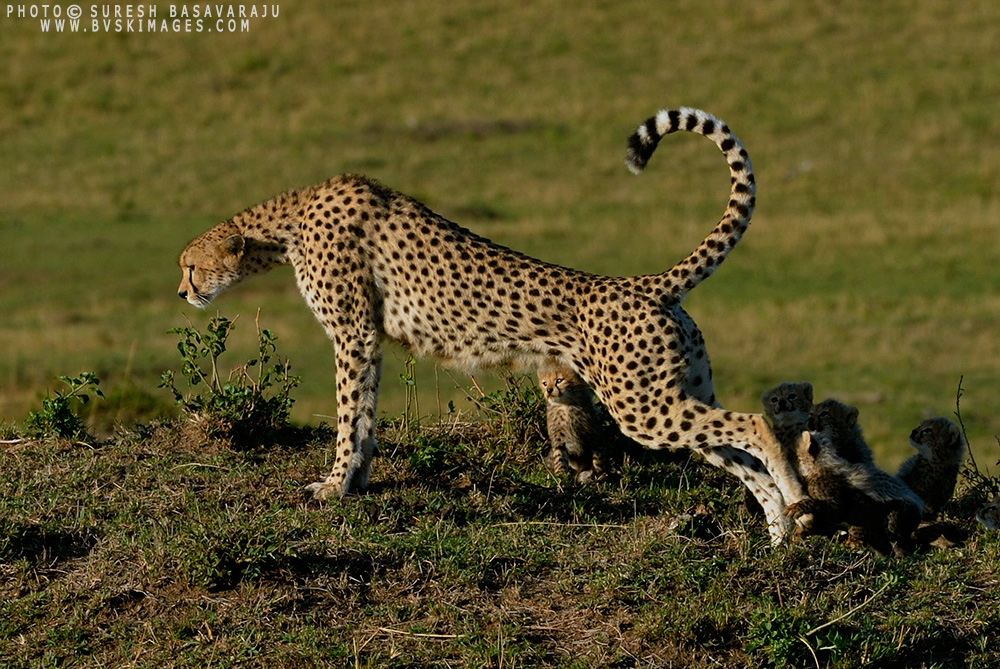 The proverb while it condenses the entire African day in a sentence is true but for Malaika the hunt would come later in the day. For now, at first light, she was bonding with her family in the glorious rising sun. The cold and dark night filled with uncertainty was over, where predators larger than her were roaming around and danger lurked at every turn.

So when the sun rises what does a Cheetah do? She bonds with her family. Do you?!!