You know those sceneries that are so sublime that you struggle to put them into words? Well my recent trip to Bali was one of those. My brain stumbles to find the appropriate collection of adjectives to write about my experience that will not sound like I just made it up or utterly ludicrous. In a nutshell, I was lucky enough to experience the gorgeousness that is Bali. I have explained the technical details as well for some of the images (Especially for fellow photographers). Look at the images, be amazed and book your tickets right away for a one of a kind experience.

On my first day in Bali I was repeatedly taking multiple shots from dawn in Sanur Beach. I was frustrated because I wasn’t getting the right shot. But that moment when a fisherman walked into the frame casually, it was a blessing in disguise. 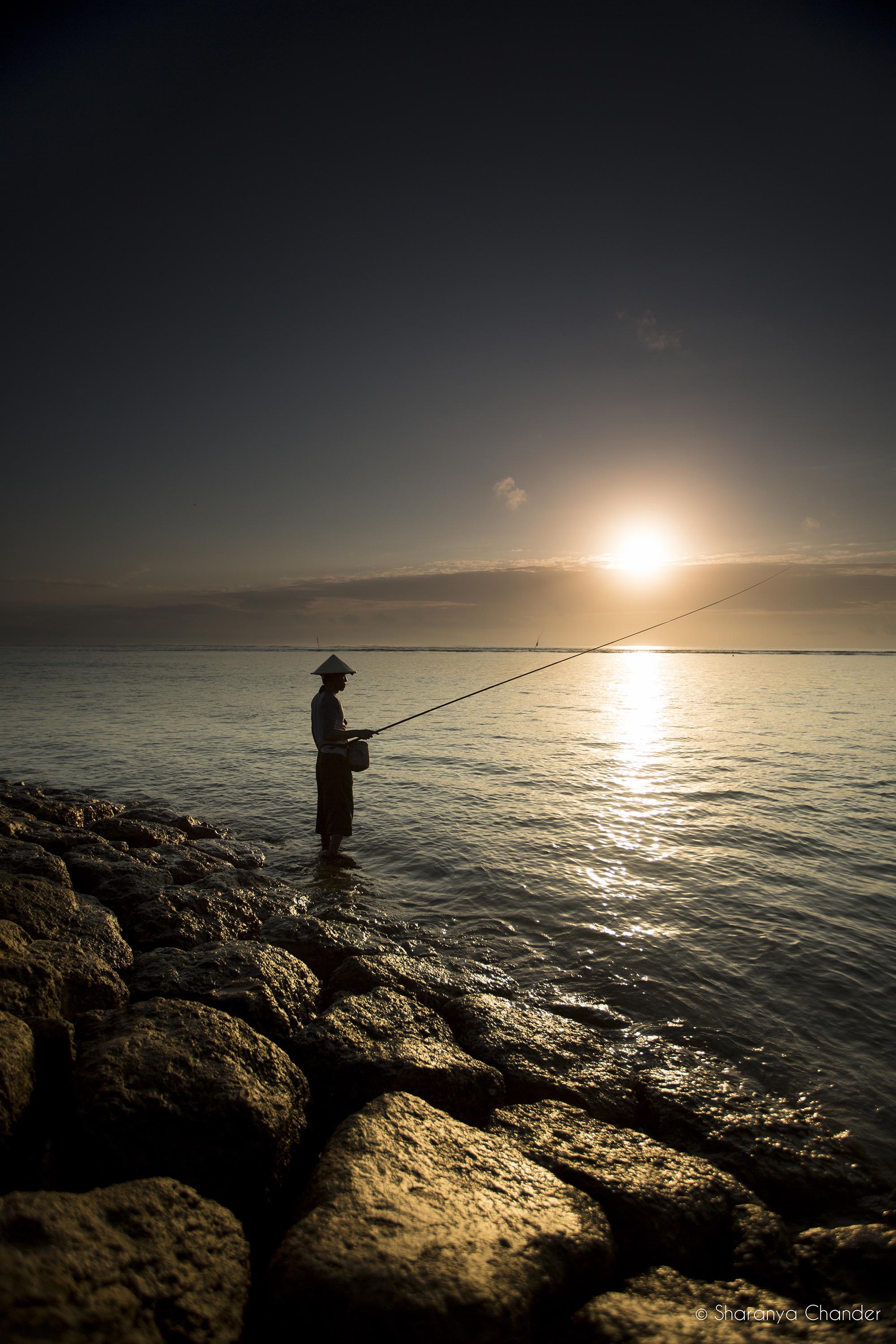 Tremendous rain clouds as seen from Sanur Beach around sunset. I used a singh ray hard 3-stop graduated neutral density filter to get an even more dramatic view of the sky. 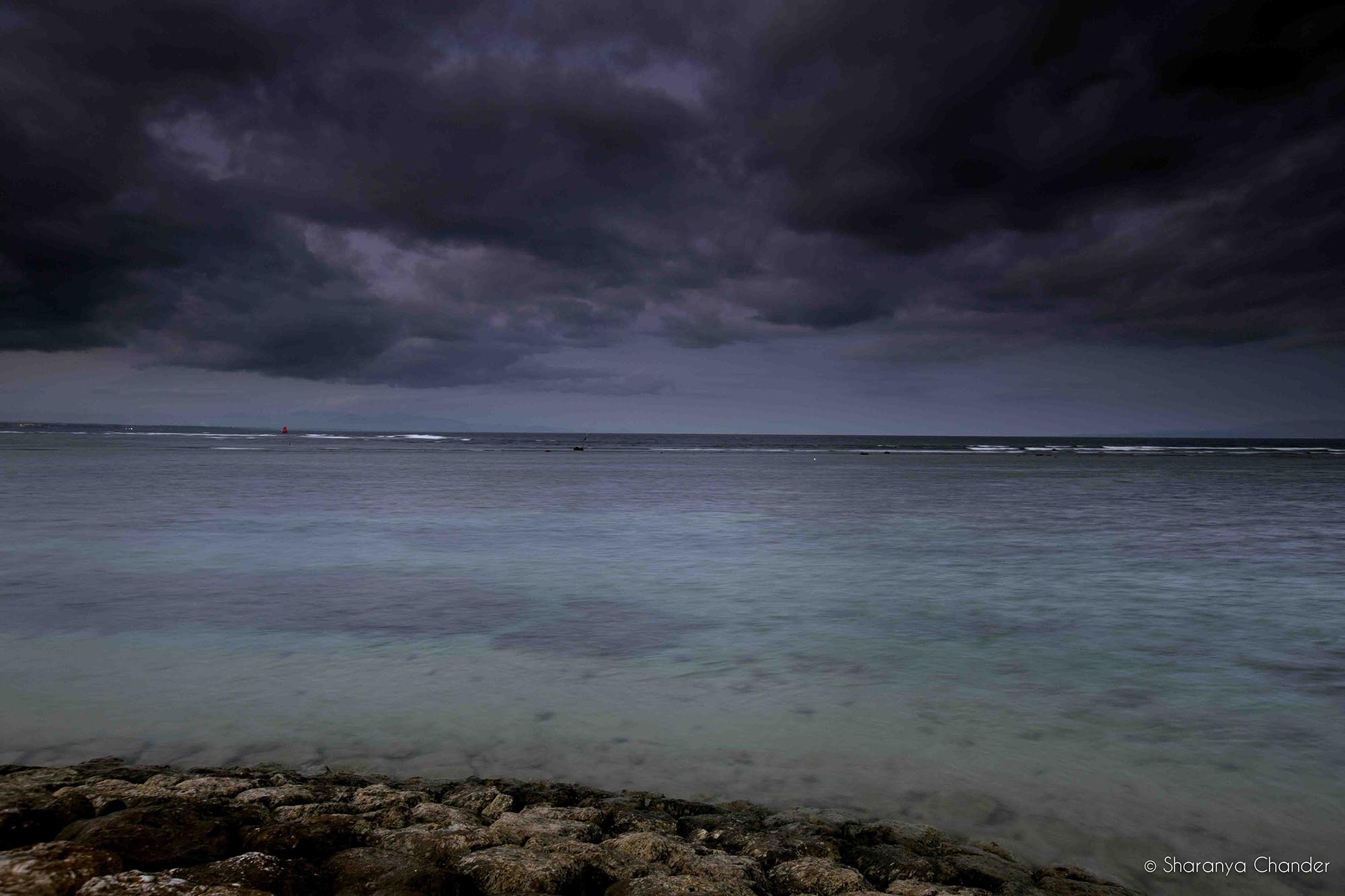 This shot as well as the previous shot was taken at almost the same time. On the west was this really radiant and breathtaking sunset filled with puffy purple clouds while a storm was brewing on the east. Again, in Sanur Beach. 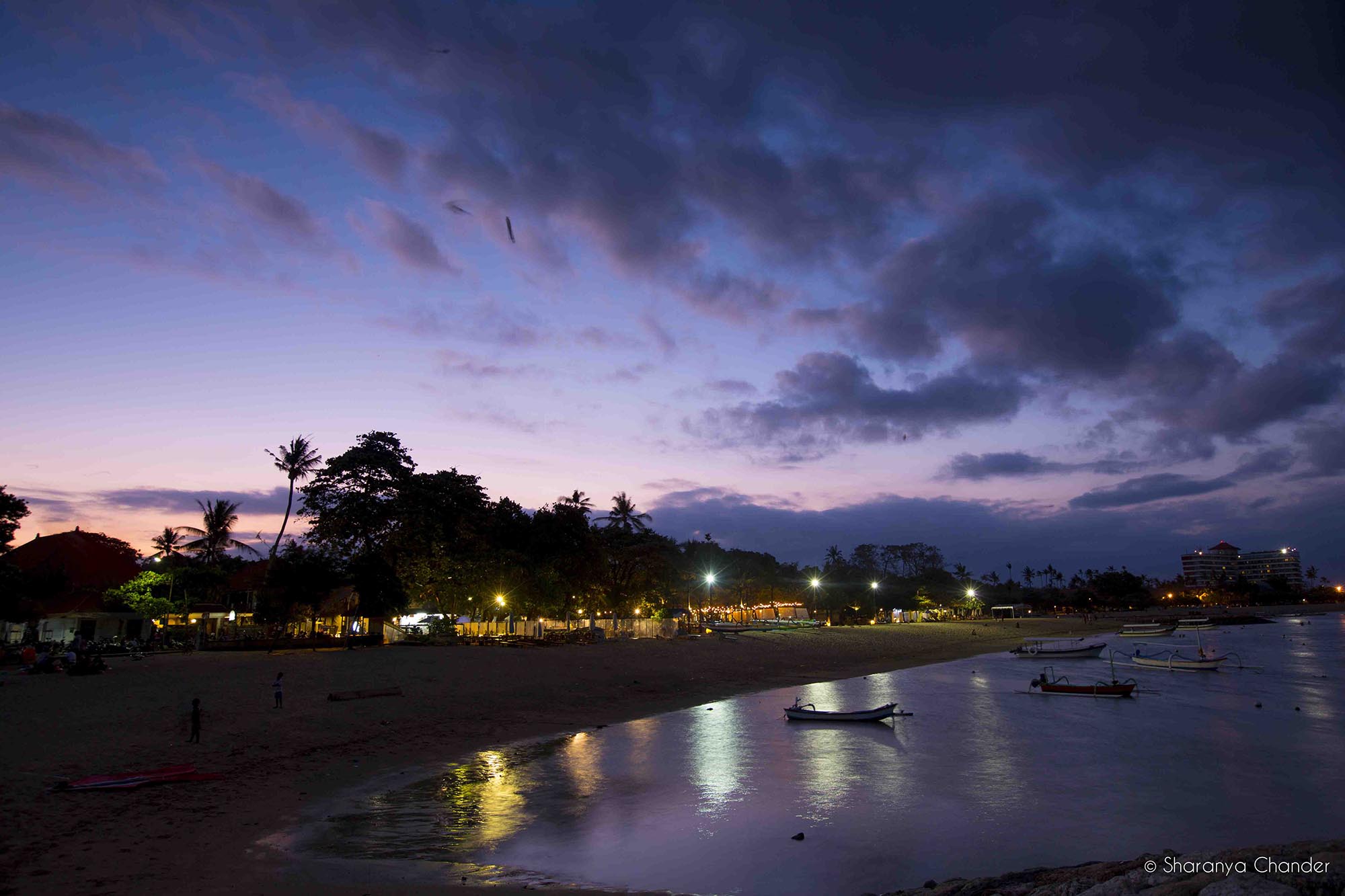 “Tanah Lot” was the sole reason for my visit to Bali after reading about it a couple of years back. It is home to the pilgrimage temple Pura Tanah Lot (literally "Tanah Lot temple"), a popular tourist and cultural icon for photography and general exoticism. I was fascinated to learn that the temple sits on a large offshore rock, which has been shaped continuously over the years by the ocean tide. The tide was kicking in so fast that I did not manage to carry my tripod since I already had my camera, filter and myself to take care of. I was trying hard to capture a different perspective of the temple since it has been photographed millions of time. 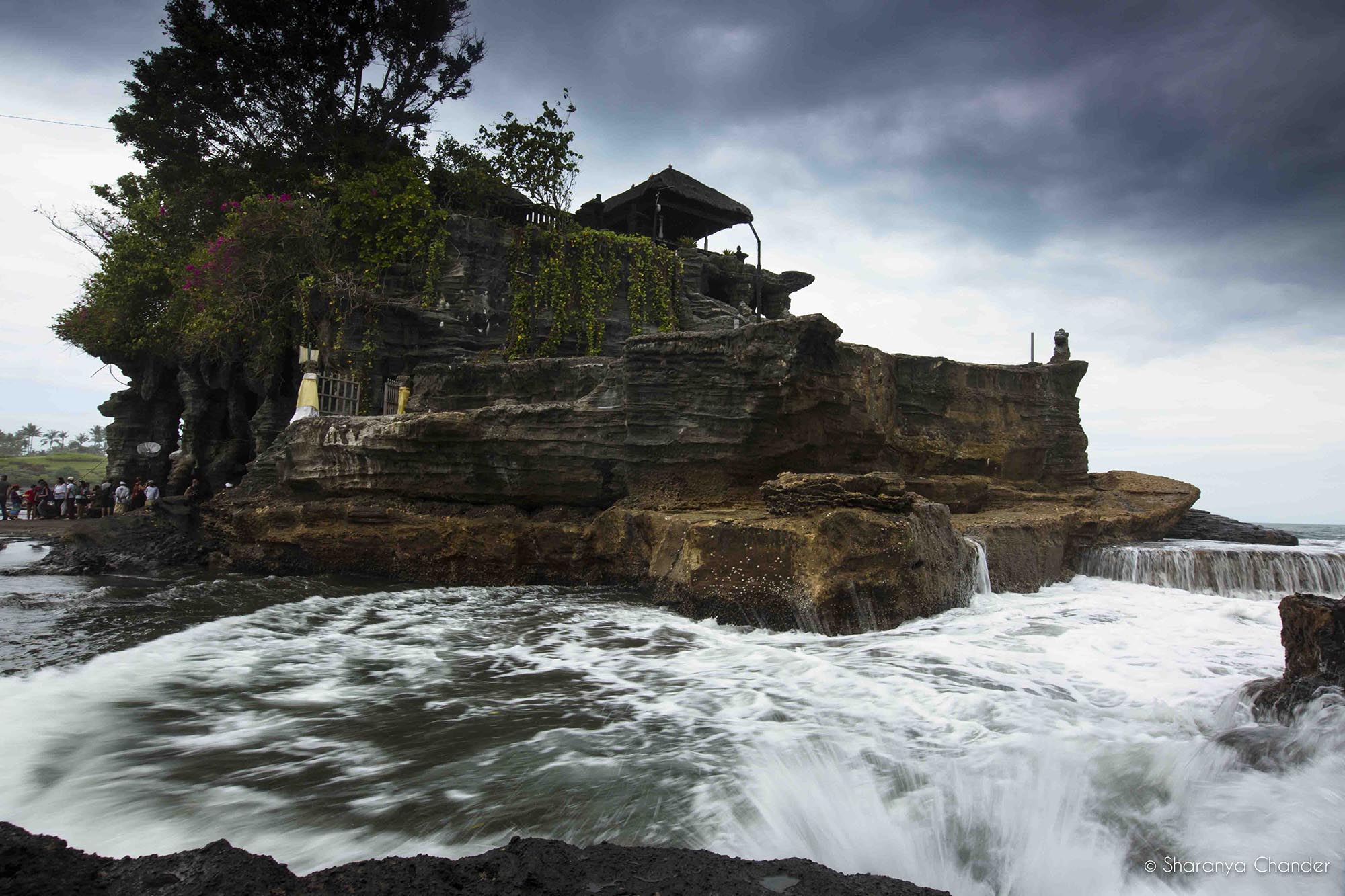 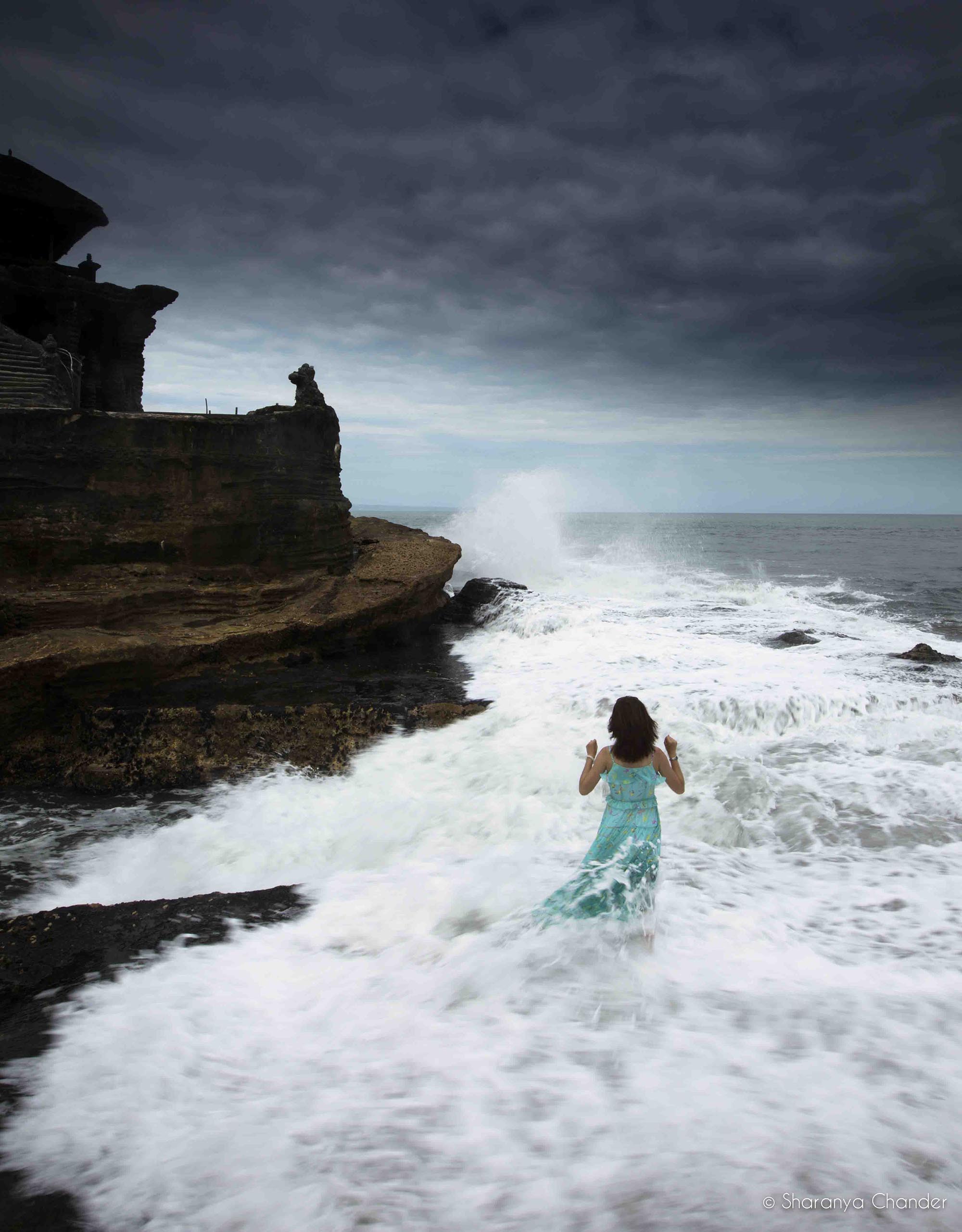 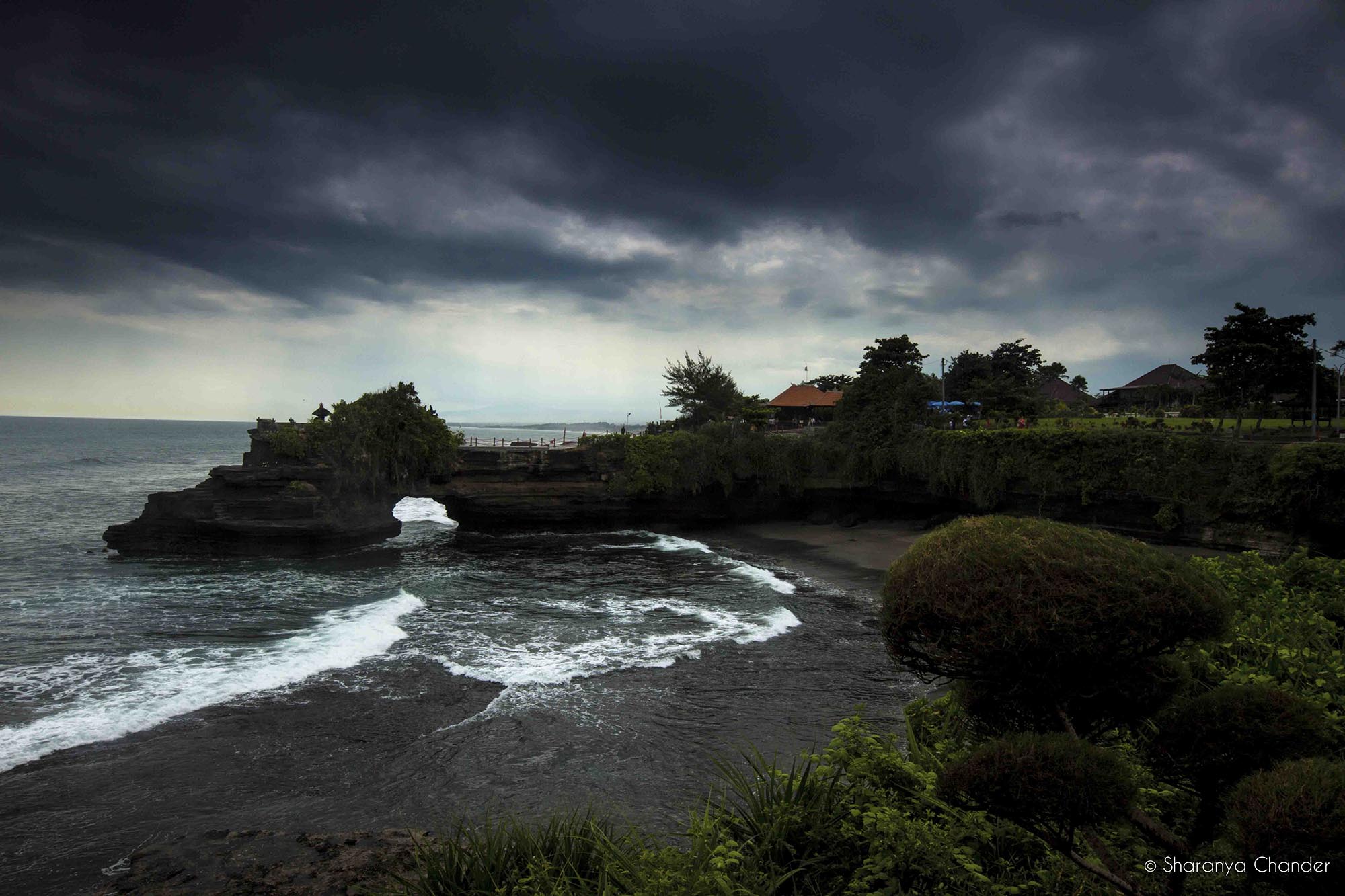 PuraBatuBolong, another temple in the Tanah Lot area.

Lake Bratan in Tabanan was my next destination. I reached there just when the sun was about to set. I go crazy post sunset, high blue sky and nothing can get better than that. I preplan my destinations in such a way that I reach the location at the appropriate time. I used a 10-stop neutral density filter for this image. 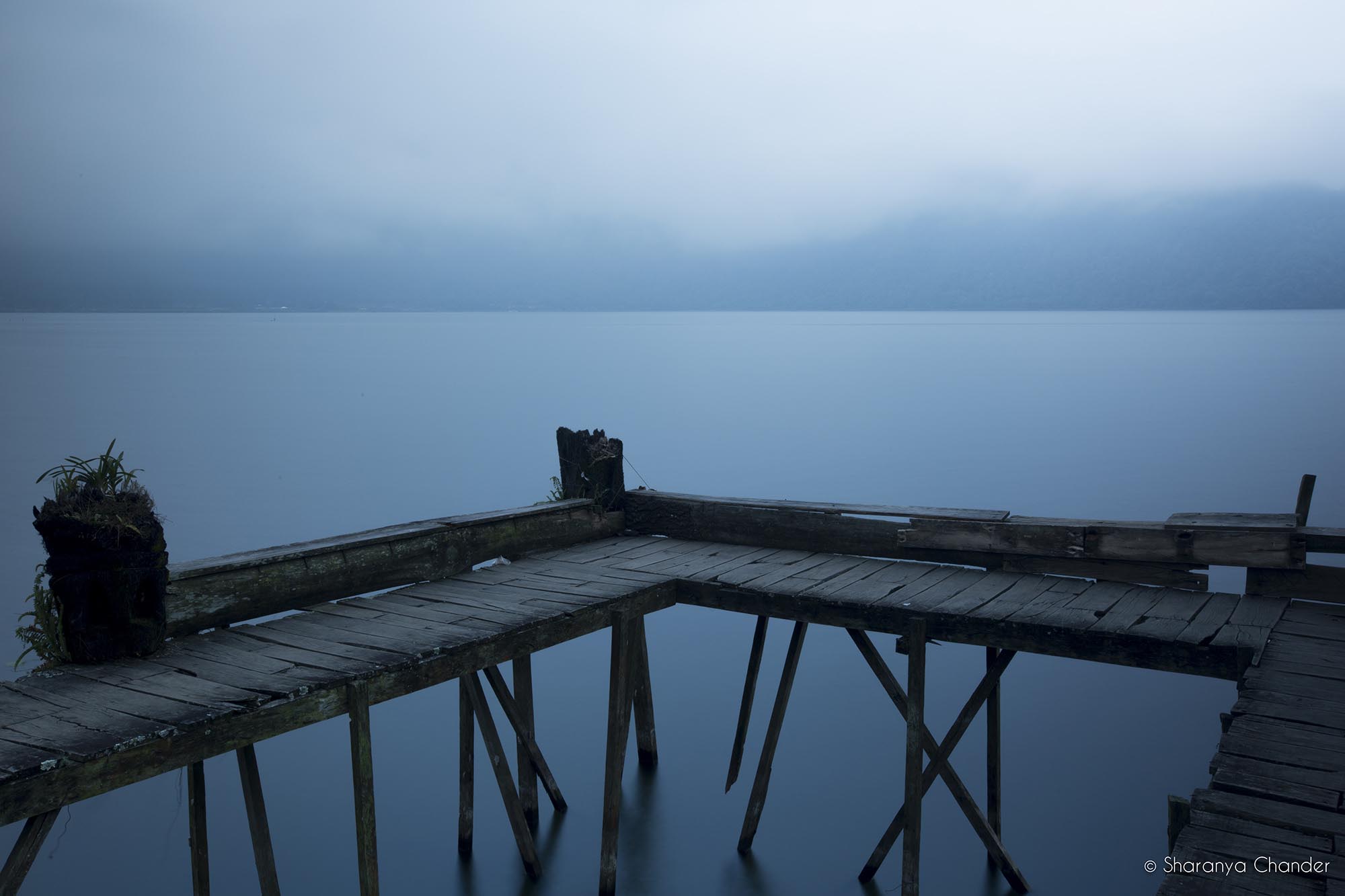 After a beautiful but moody sunset at Lake Bratan, I reached Lovina, which houses the famous Lovina Beach. It is a coastal area on the northwestern part of Bali, Indonesia. Lovina Beach is popular amongst people who love culture, nature with quiet and peaceful surroundings. It is also famous for sighting dolphins. 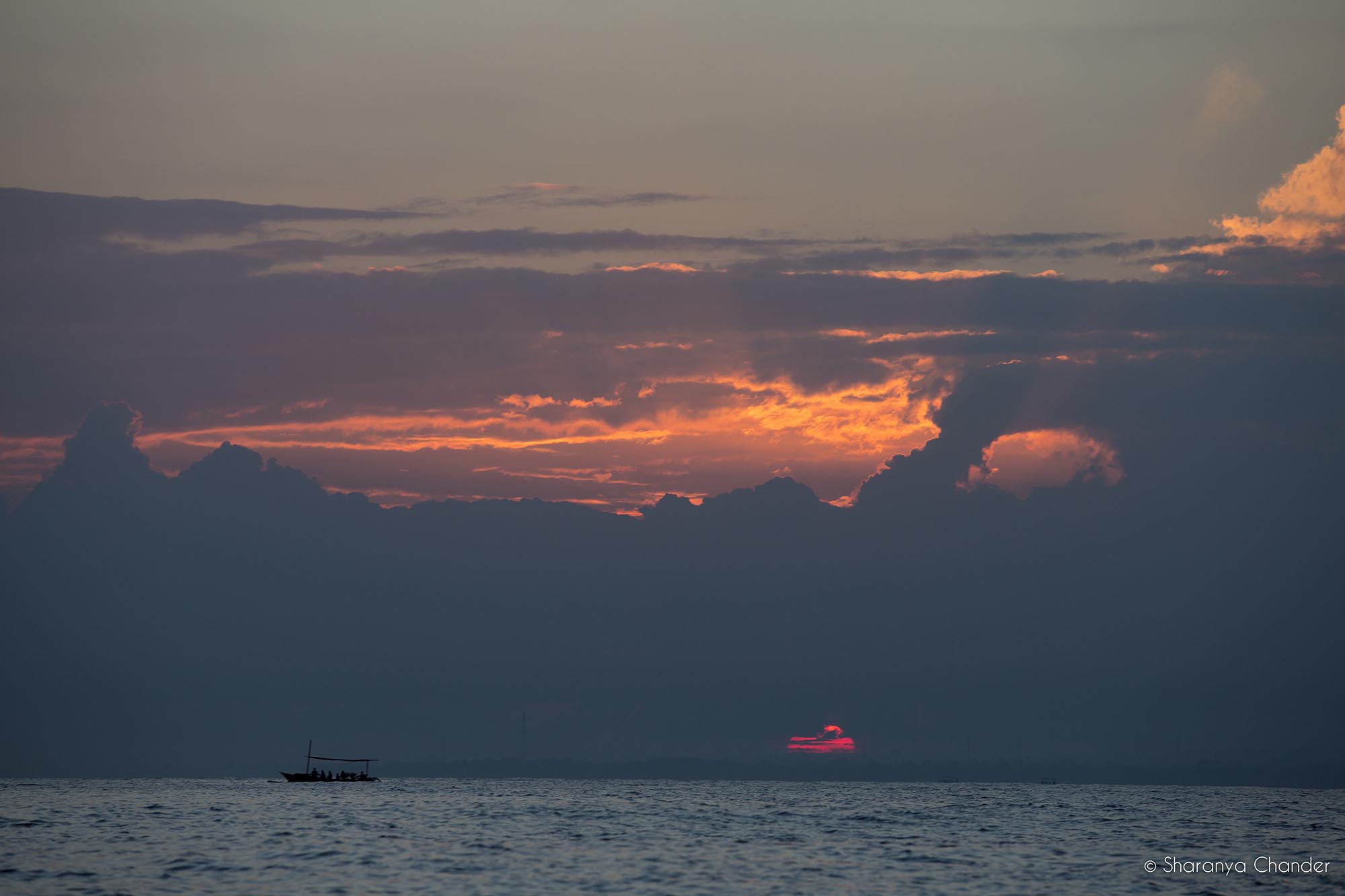 I drove through the ancient colonial capital of Bali, Singaraja and was on route to Ubud when I stopped for a coffee at around sunset. This was the view from my table. 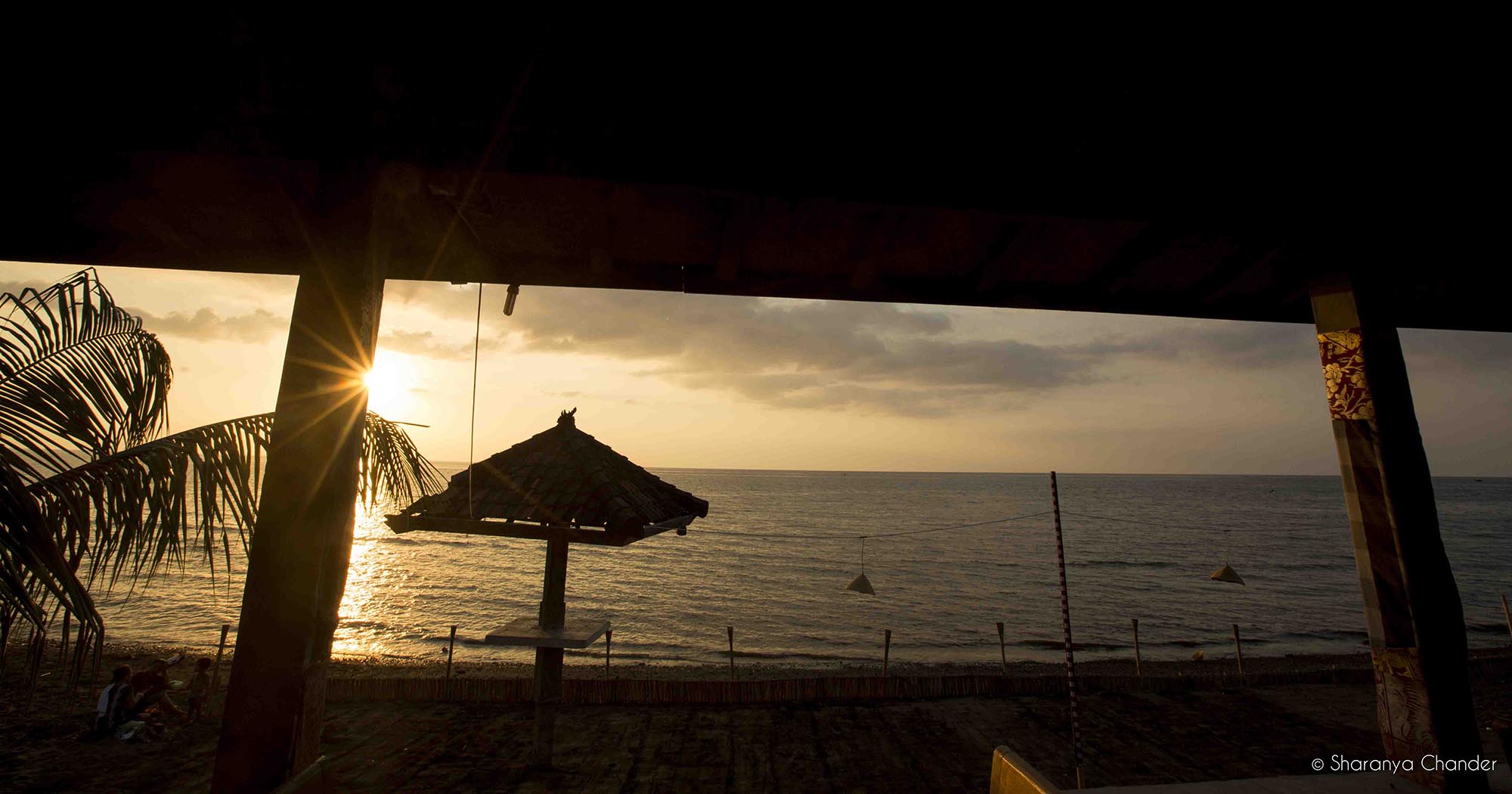 Just outside Ubudone, one can find these magnificent rice fields. Rice fields never seem to get boring. Even after seeing many of them while travelling in Bali, I was looking forward to see more of them. The Tegallalang rice fields were one of the best looking rice fields in Bali. 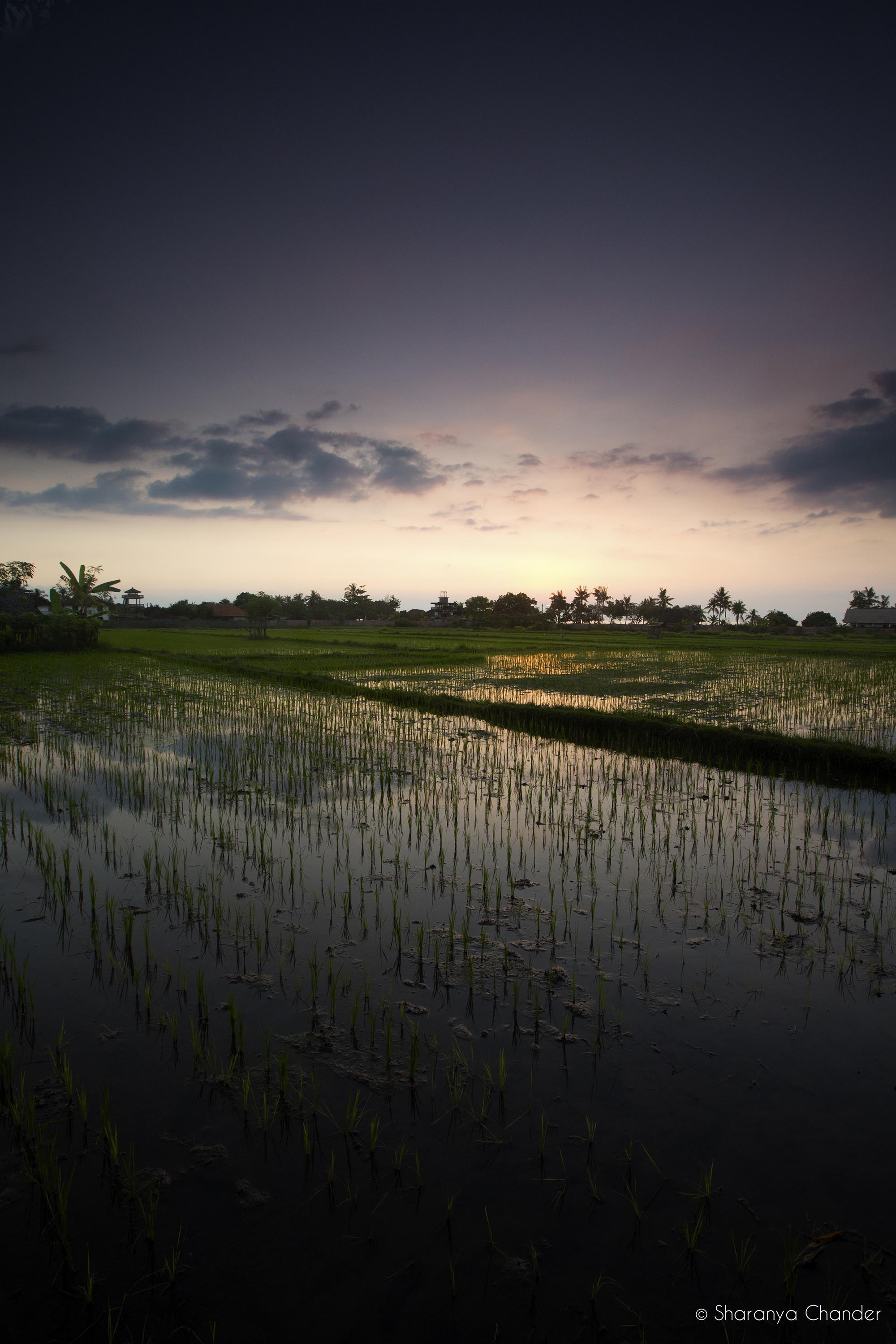 Tulamben is a small fishing village on the north-east coast of Bali. It is among the most popular dive sites on Bali due to a wreck of the Liberty, a US Army Transport ship torpedoed by a Japanese submarine in 1942, the wreck lies just off shore. During tourist season, up to 100 divers descend to the wreck each day.It was a star-studded sky when I reached there. I decided to walk to the beach from my hotel around midnight, (instead of calling it a day and hitting the sack) when I saw these beautiful rocks. I immediately knew that it was going to be a long, very long sleepless night. 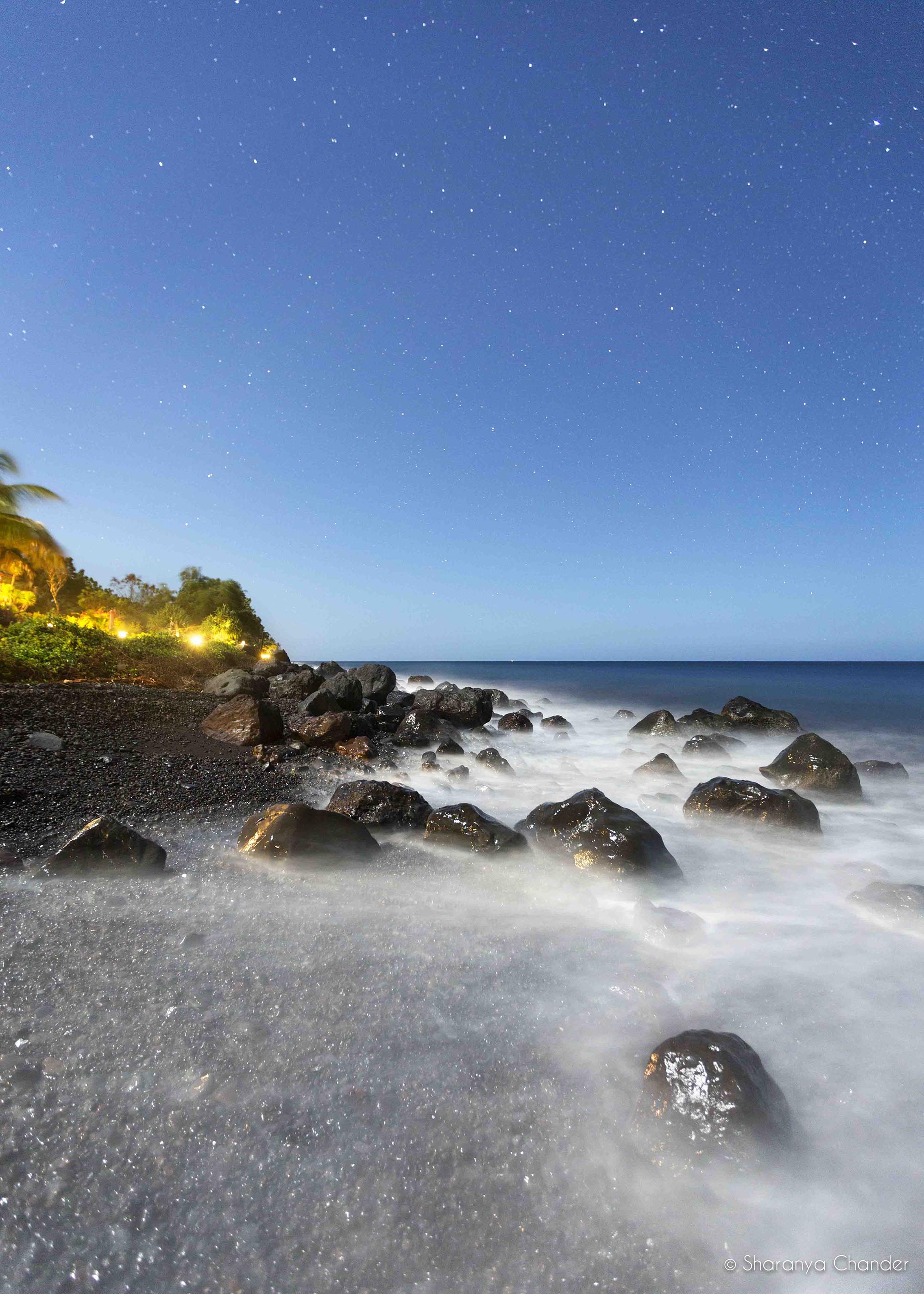 PuraBesakih is a temple complex in the village of Besakih on the slopes of Mount Agung in eastern Bali, Indonesia. It is the most important, the largest and holiest temple of Hindu religion in Bali, and one among a series of Balinese temples. PuraBesakih is a complex made up of twenty-three temples that sit on parallel ridges. It has stepped terraces and flights of stairs which ascend to a number of courtyards and brick gateways that in turn lead up to the main spire or Meru structure, which is called PuraPenataranAgung. All this is aligned along a single axis and designed to lead the spiritual person upward and closer to the mountain, which is considered sacred. This is yet another temple that has been photographed repeatedly and the key is to strive to be different. 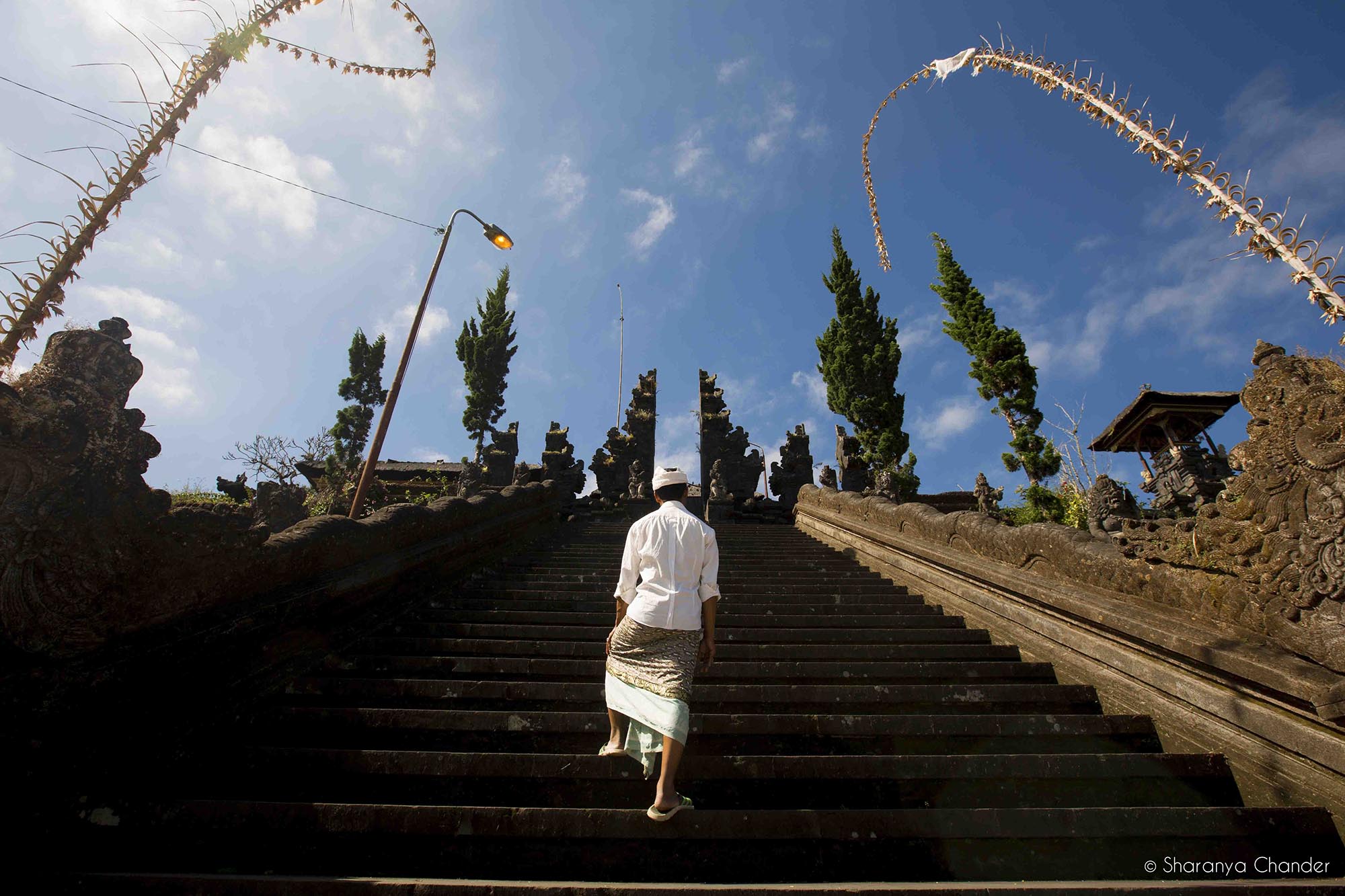 I reached “Tukanunang waterfalls” after 5 hours of travelling and was perplexed to find it filled with tourists. I was a little concerned and was wondering if I will be able to get any usable shot. I waited for about an hour and voilà! It was worth the wait. 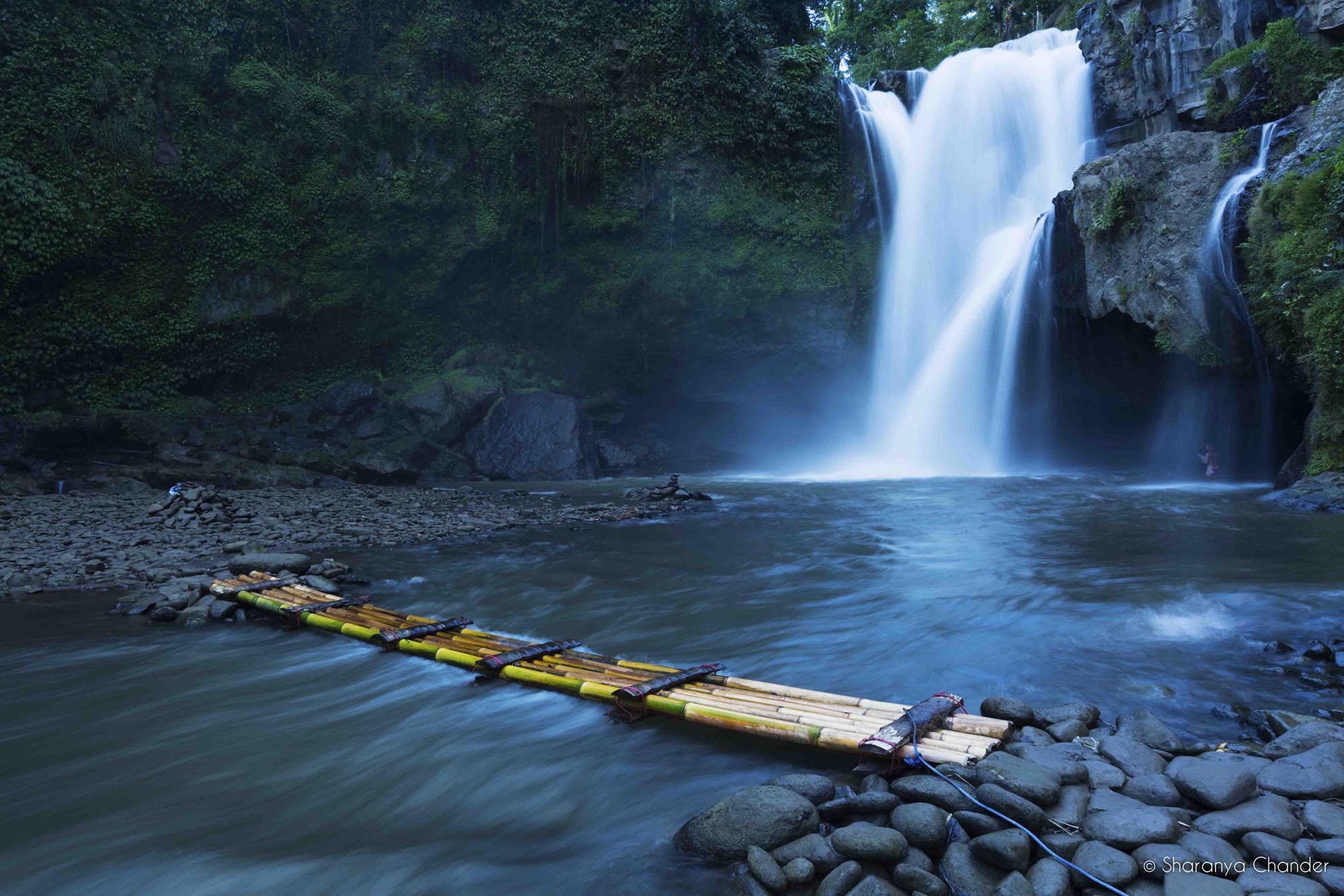 After a peaceful nights' sleep at Nusa Dua, I reached “Uluwatu Temple” which was at a walking distance from my hotel at 5.30am. I was attacked repeatedly by a mob of angry monkeys who were too interested in my equipments (especially my filters). The view turned out to be fabulous and a memorable commencement of my trip. 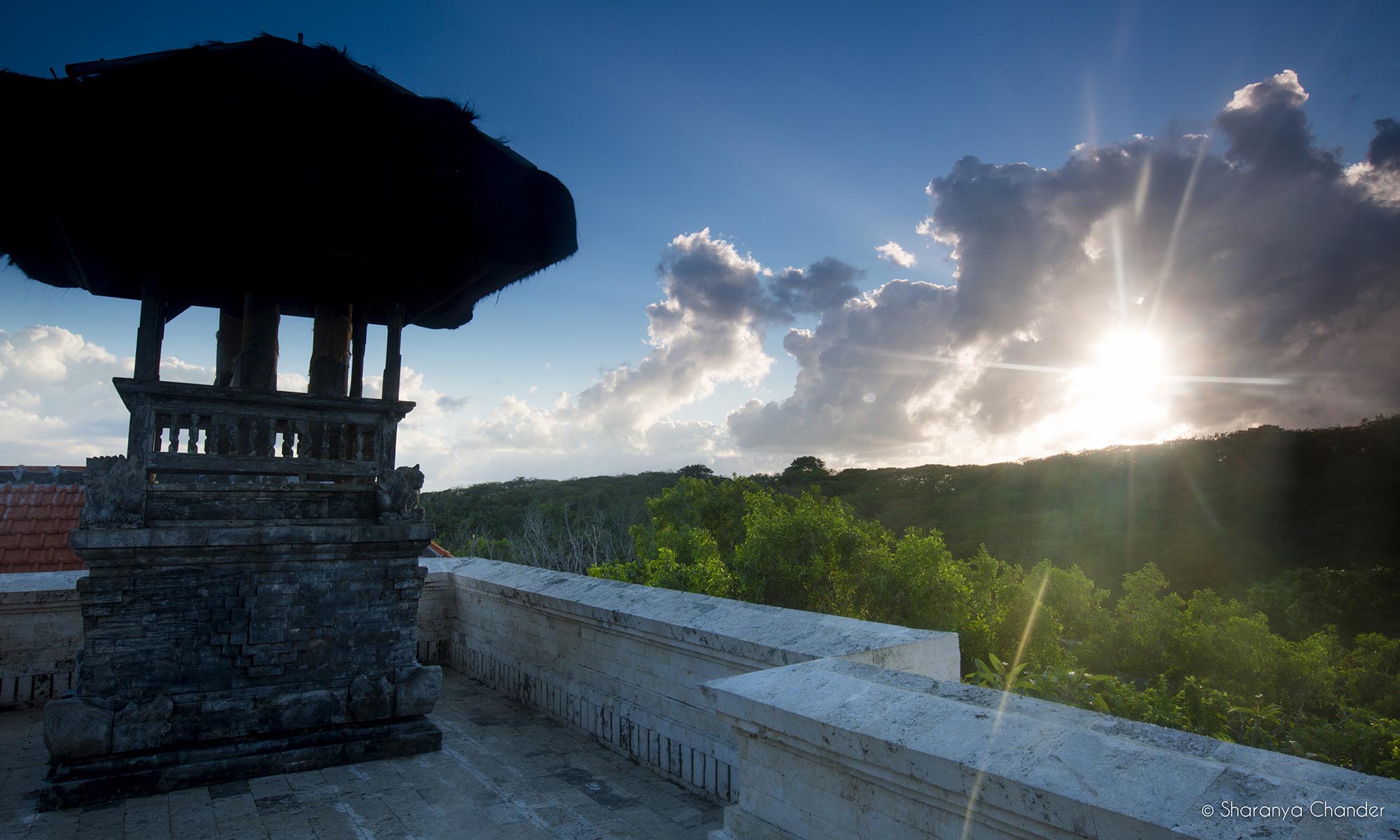 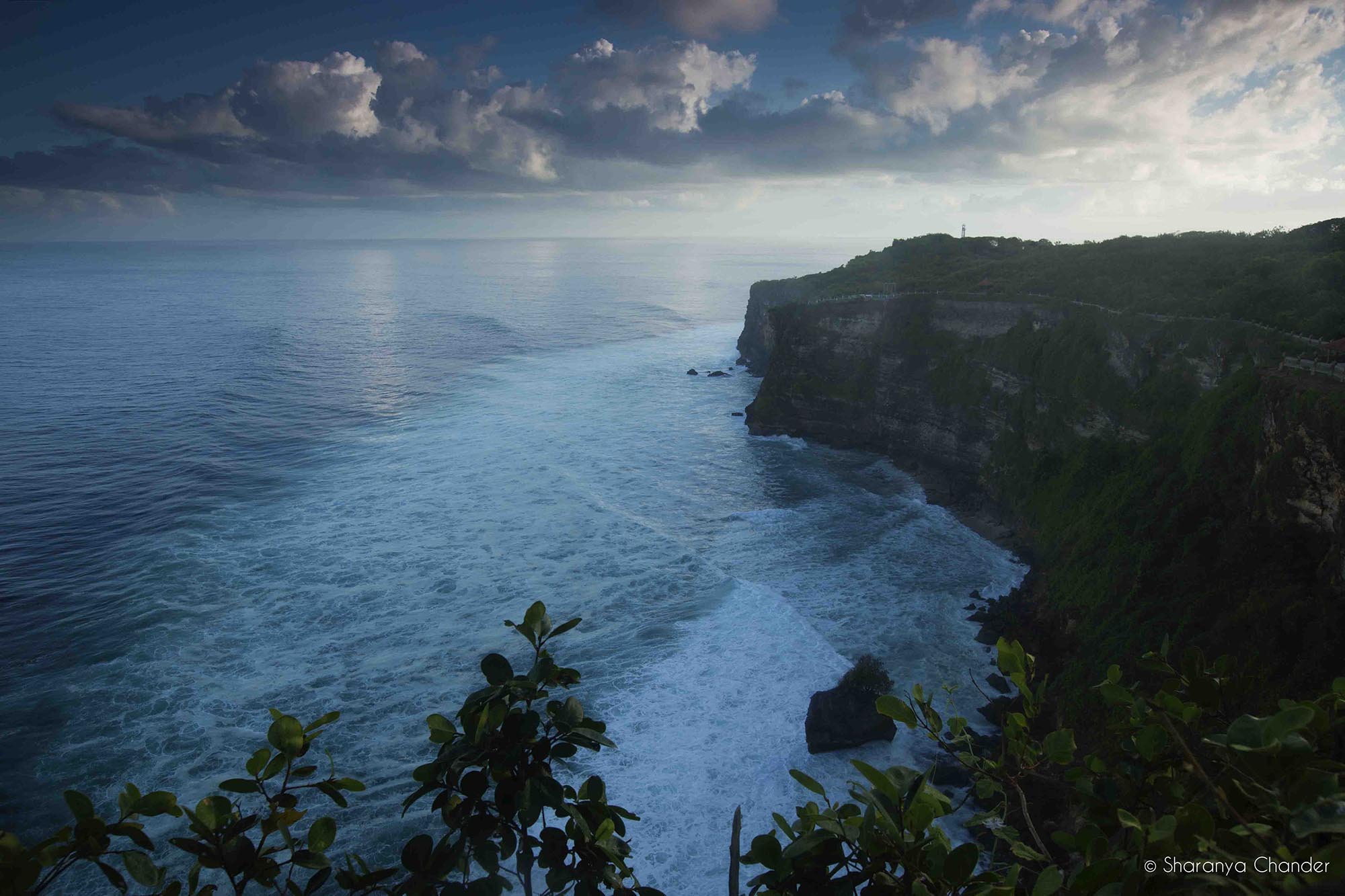 have you booked your tickets yet???