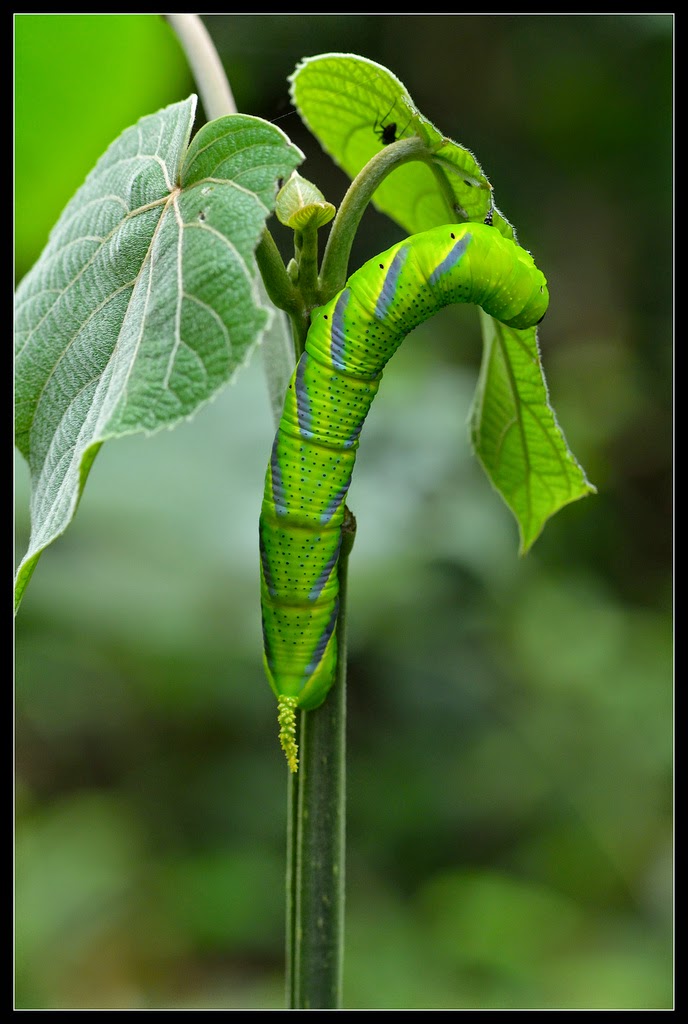 It was monsoon, sometime during the end of June 2013. We were in Coorg to capture macro photographs as the monsoon offers myriad opportunities.

During a morning walk, we saw a huge (10 to 12 cm long) caterpillar munching on a leaf. It was as green as any fresh leaf and had interesting "S" shaped blue and yellow stripes in the body. It had a prickly horn like single projection on its tail. We spent some time observing the beautiful green creature munching its way around the plant, leaving no leaves to survive. It ate so quick, one could not have imagined the capacity of this caterpillar, it was an eating machine! 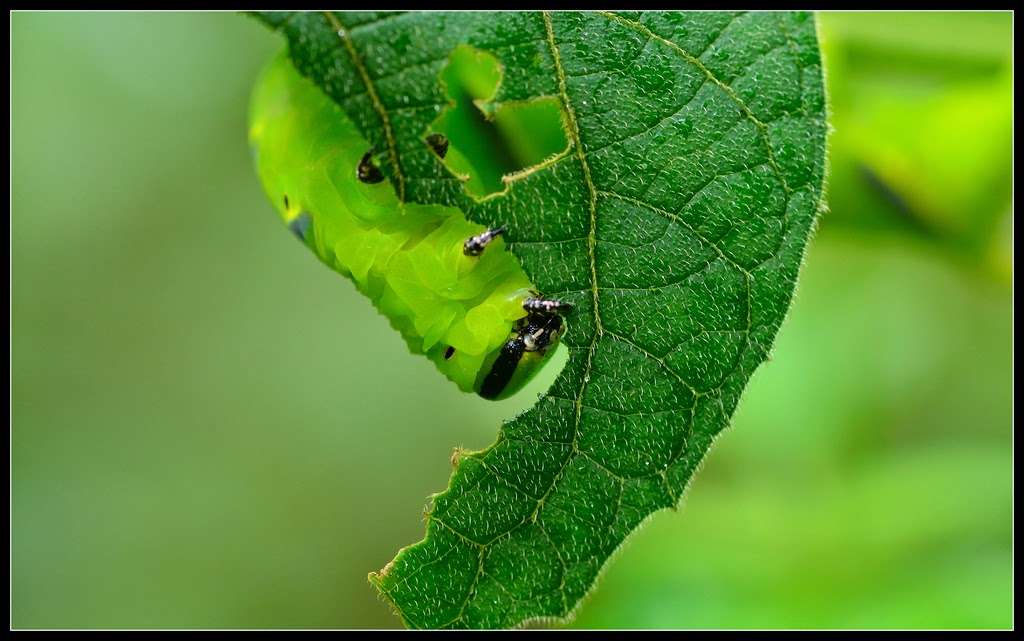 One of us touched the plant by chance and the caterpillar was alert in a second. Immediately it changed its posture on the plant. The head freed from the munching leaf, facing upwards and folding all its tiny legs towards its face, it almost looked like it was praying. Back then, it was just another situation where we realized nature is so diverse, even behaviours of each animal varied so greatly and assumed that the change in position was a warning. 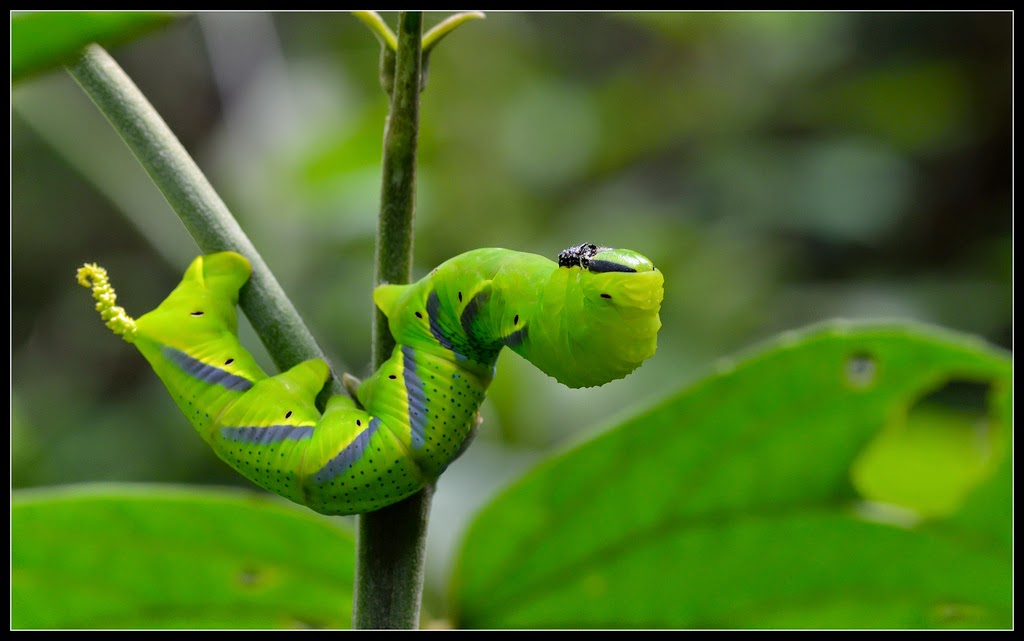 Later, when identifying the caterpillar, I understood that it is a Death's-head Hawkmoth's (Acherontia lachesis) caterpillar. Death's-head Hawkmoth got its name because, this massive hawk moth has a spooky image of a skull on its thorax and it's horizontally banded body reminds us of the ribs of a human skeleton. Adding to this fact is that the death's head hawk moth can squeak when alarmed and that it's huge caterpillar can also make clicking sounds.

I learned that this was a defensive/camouflage posture to make the caterpillar looks less food like to hungry predators. Also, when disturbed, late instar hawkmoth caterpillars get into a good position to employ another defensive response: clicking and puking.