I had heard that near Bikaner one can easily spot vultures. In Nov 2013, I had the chance to visit this place. What I saw there was actually beyond my imagination.

“Jorbeed”, around 12 KM drive from Bikaner is probably the largest dumping yard of carcass in Asia. The smell there is unbearable. However for a birder, this is a raptor paradise. I was overwhelmed by the sheer number of raptors at this place. “Steppe Eagles and Egyptian vultures are the crows of this place. They were present everywhere”. When we reached the place, almost every tree was dotted by some raptor. We had a problem of plenty and it was “Raptor Mania”.

Here are some details that I could capture. 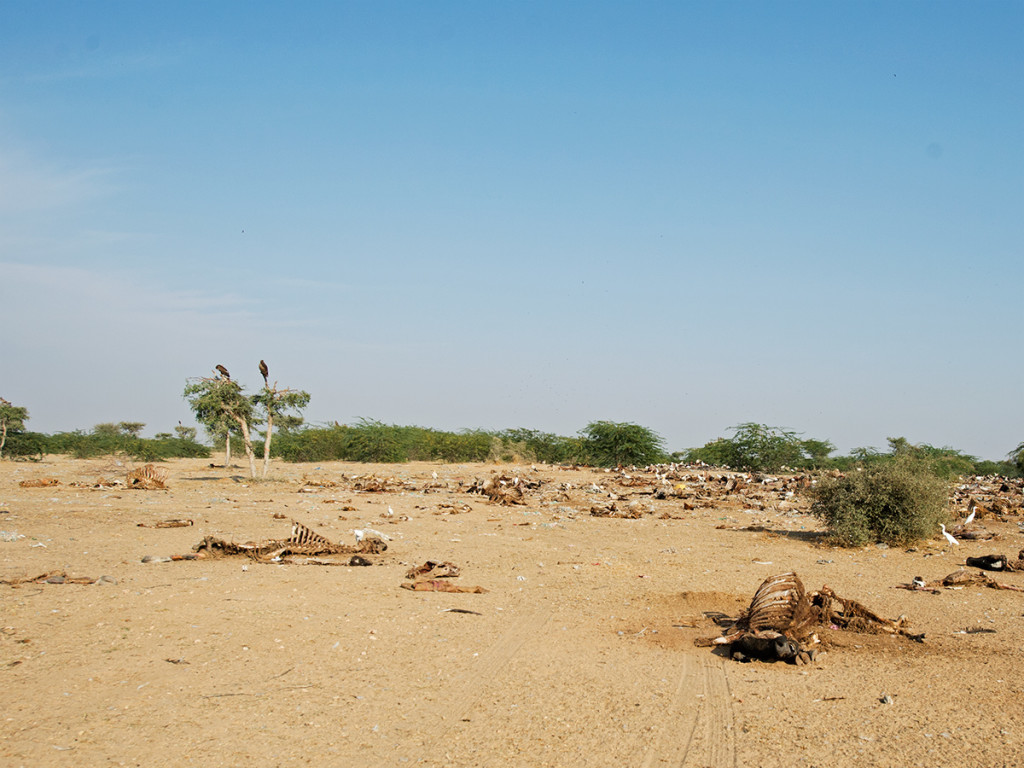 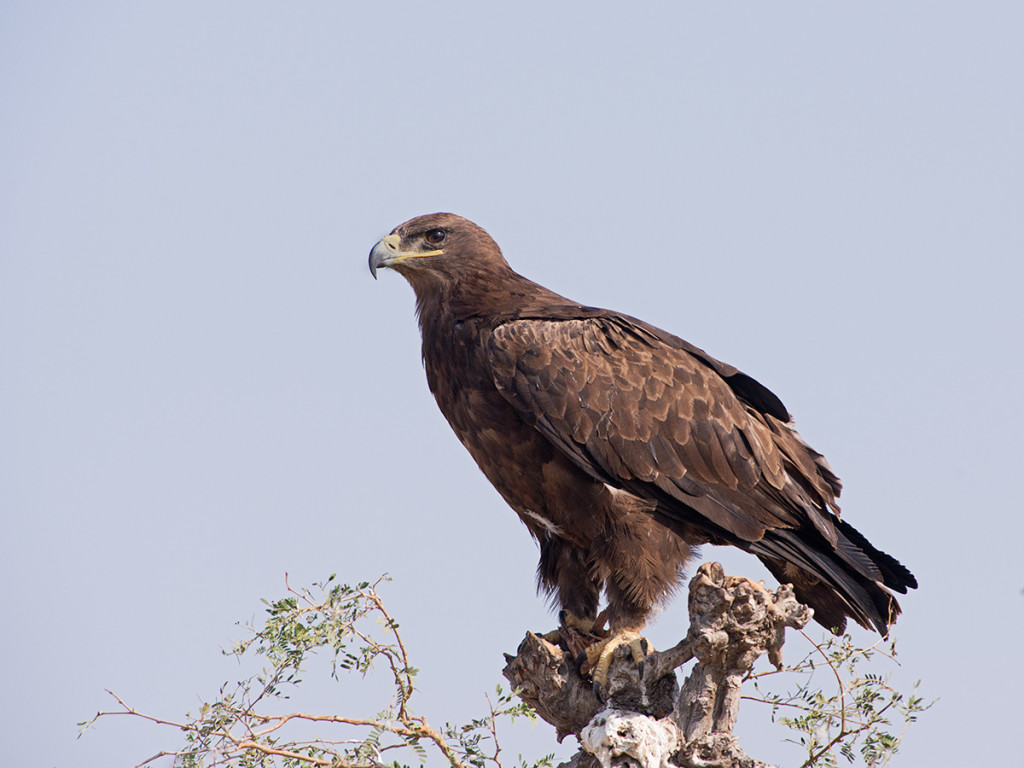 A Steppe Eagle as we were entering Jorbeed. Later we spotted a number of these. 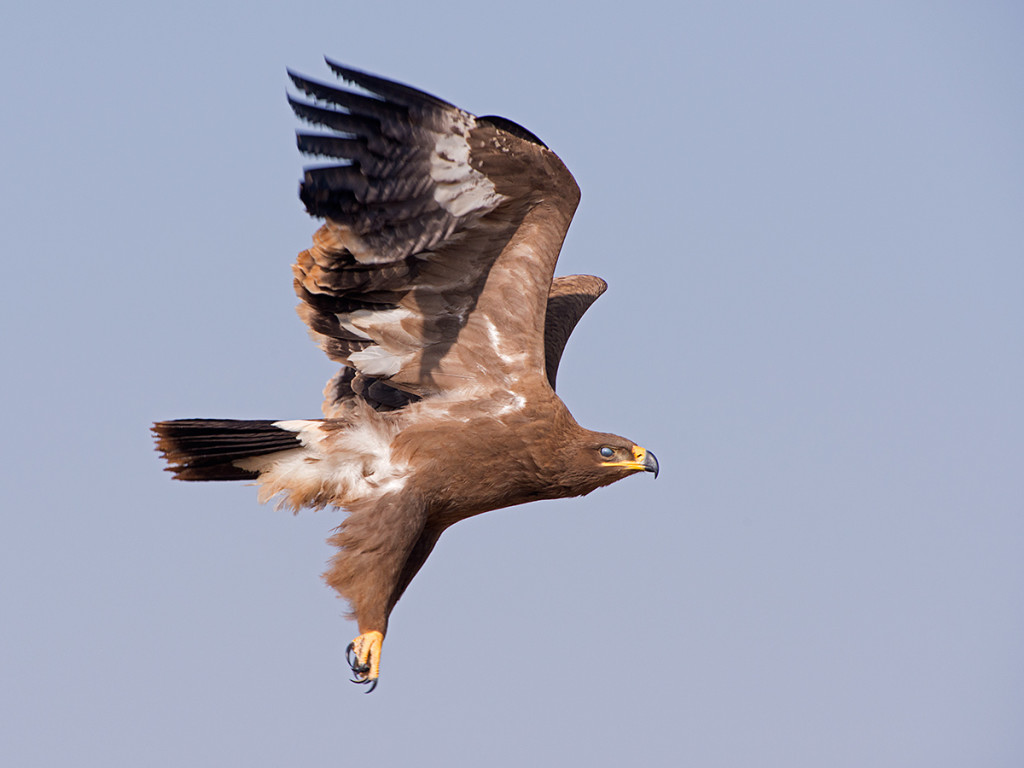 A Steppe Eagle showing of its broad wings. 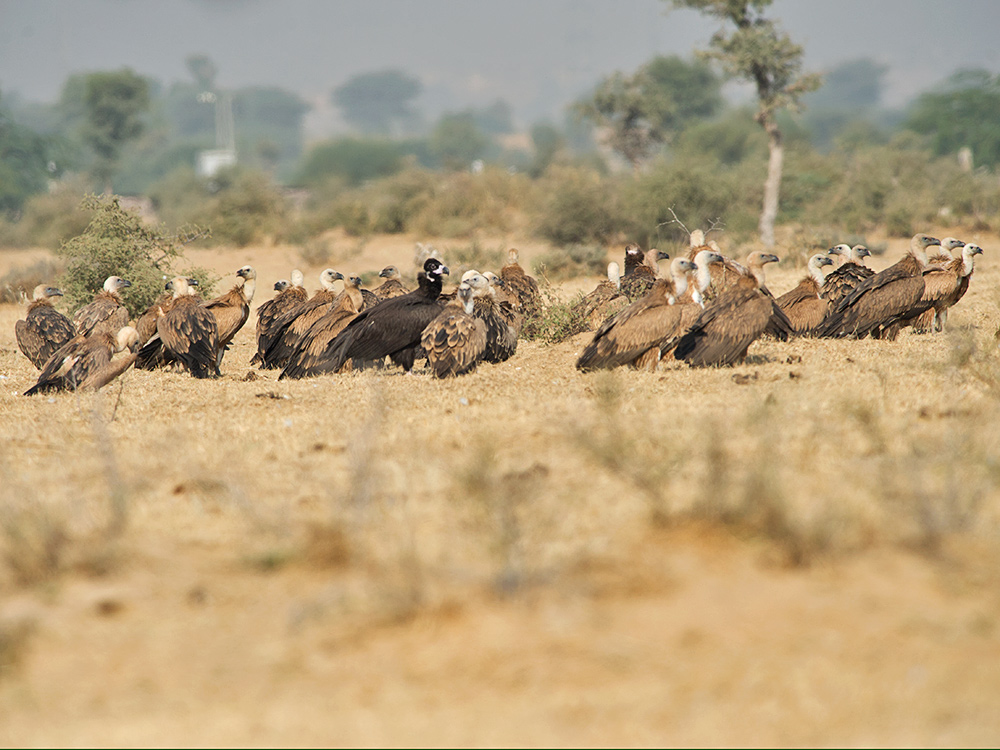 A colony of Griffon Vultures with a single juvenile Cinereous vulture.

A lonely Griffon Vulture on the tree. 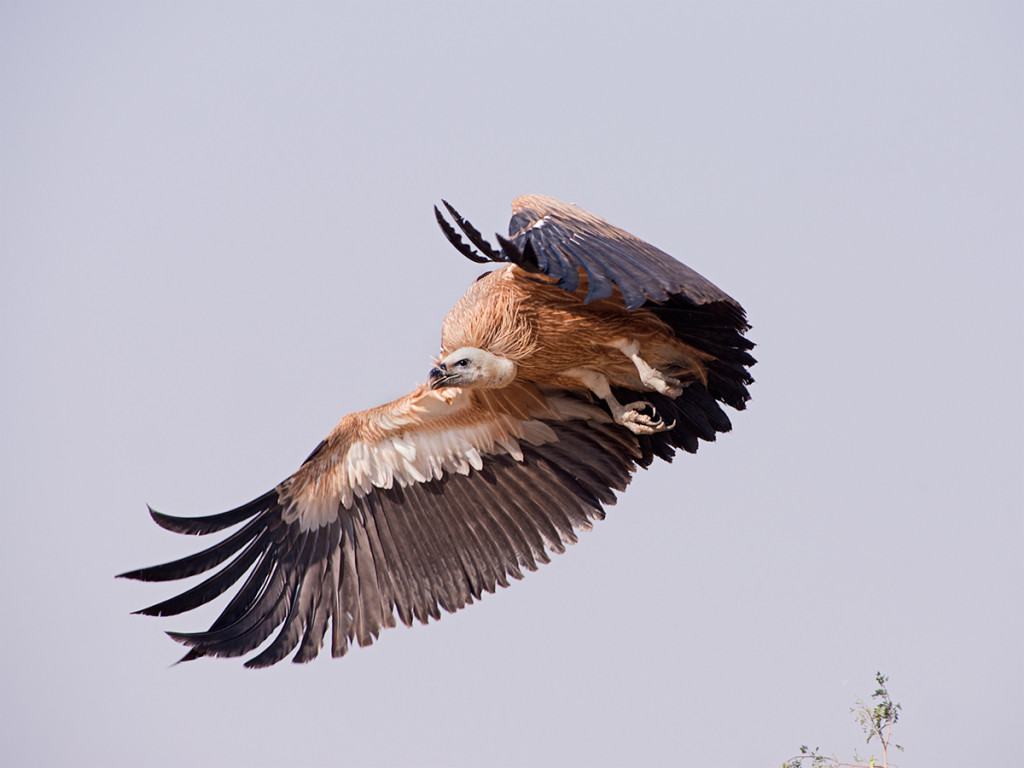 A Griffon Vulture spreading its wings. 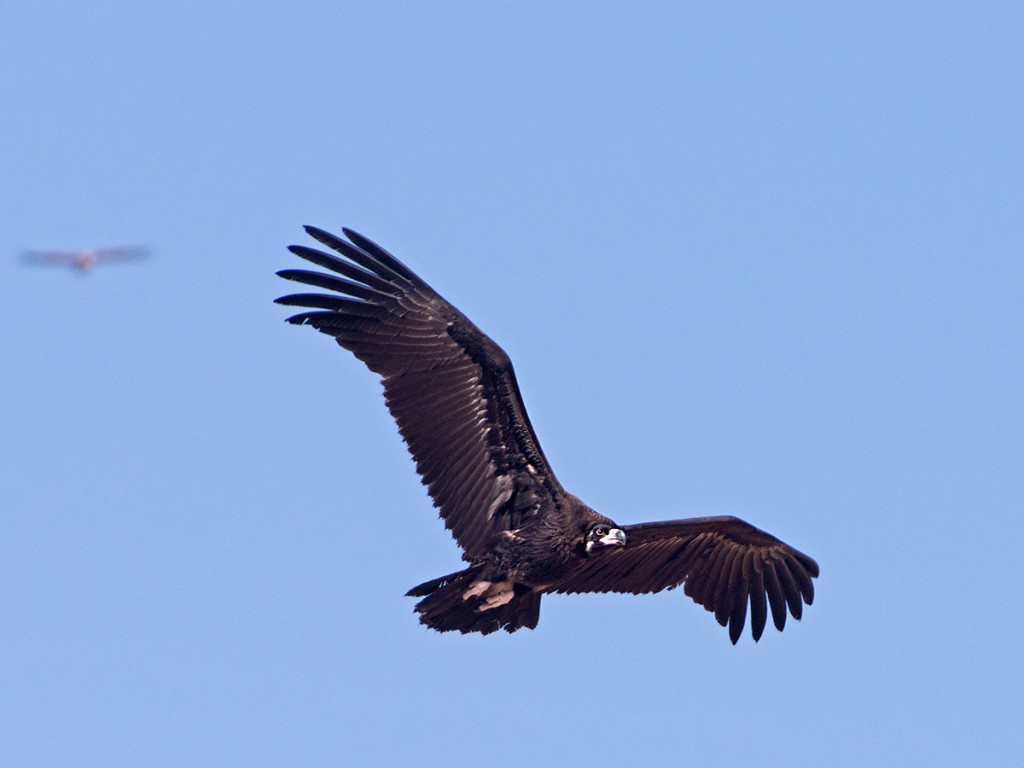 A Cinereous Vulture in the sky. 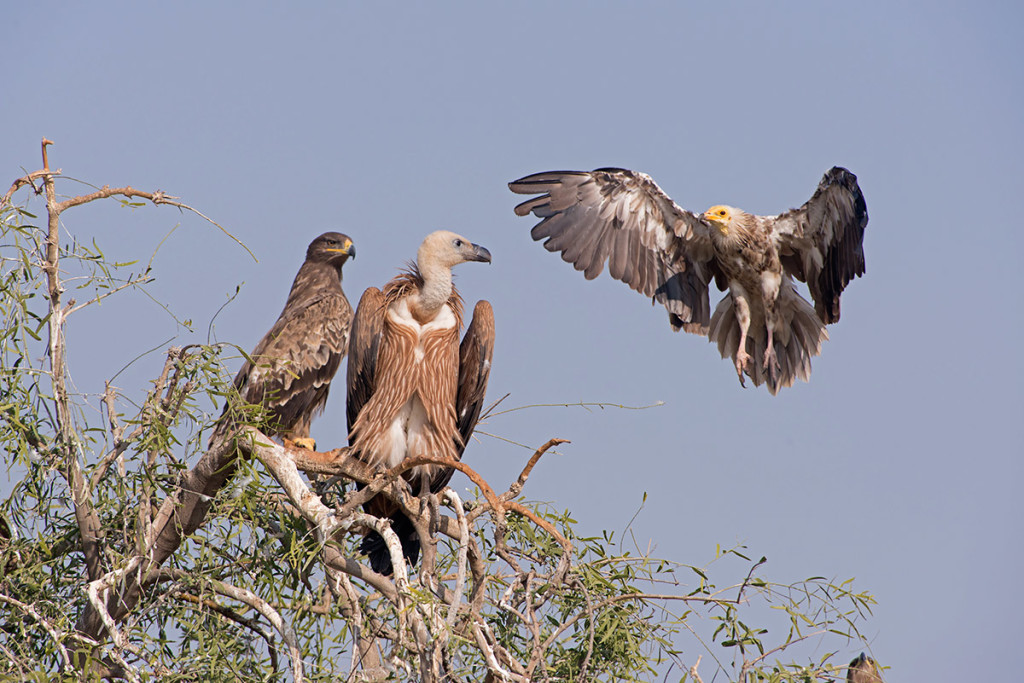 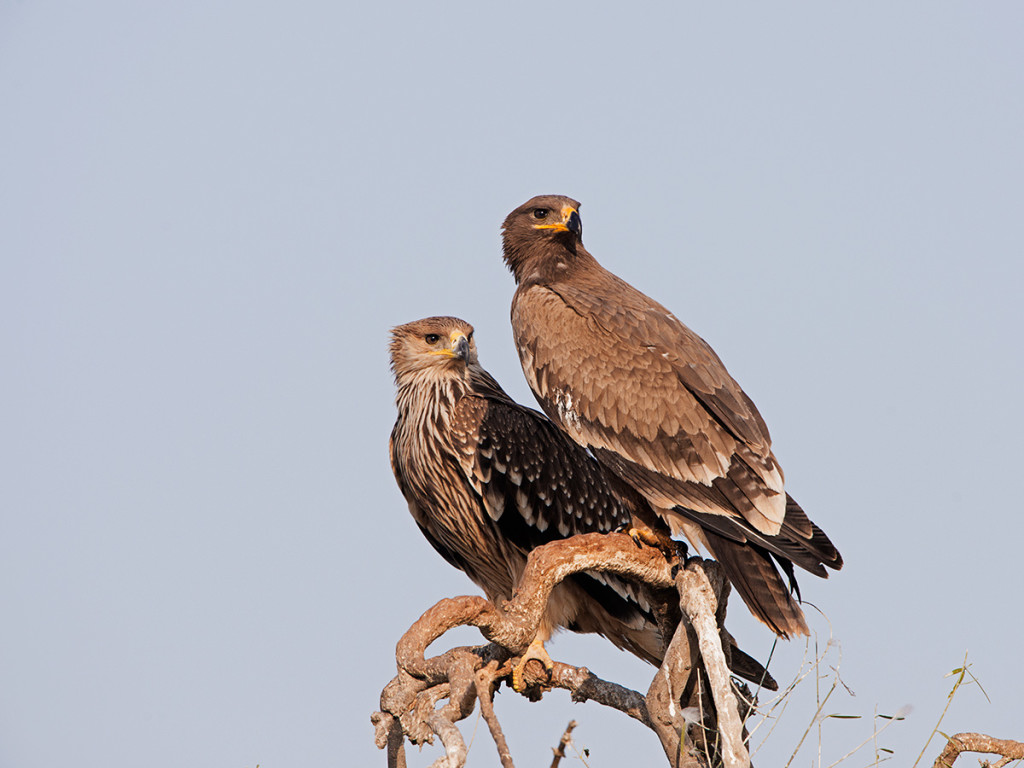 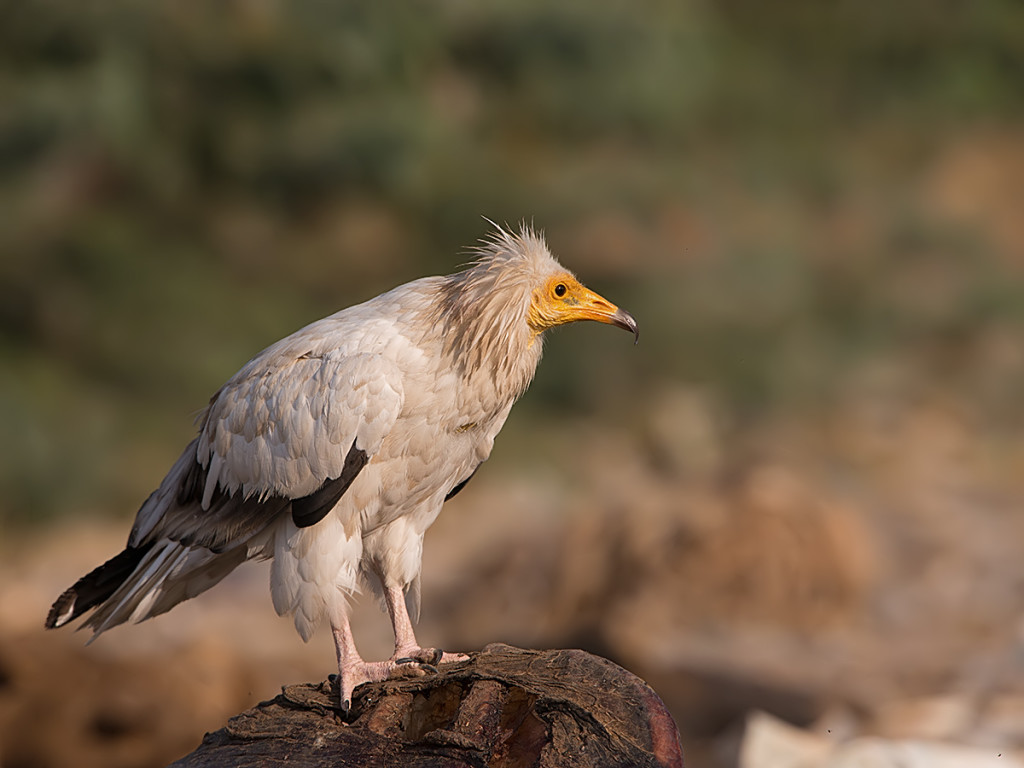 An Egyptian Vulture gorging on a carcass. 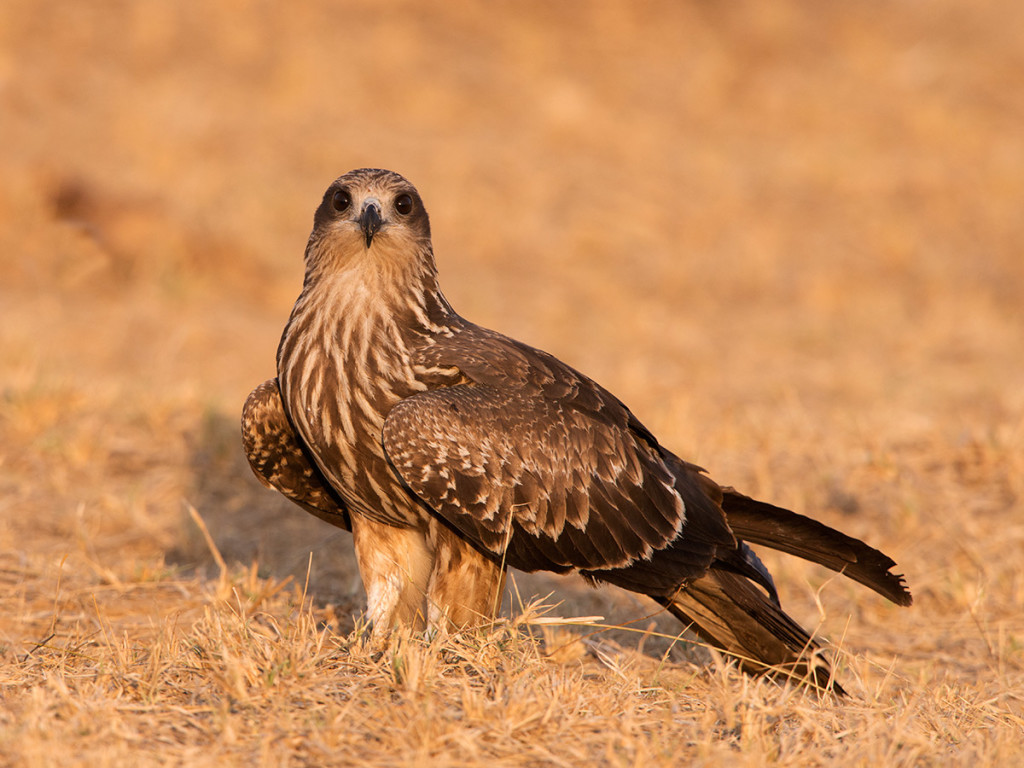 A Black-Eared Kite juvenile. Was really an odd man out in the mela of Steppes. 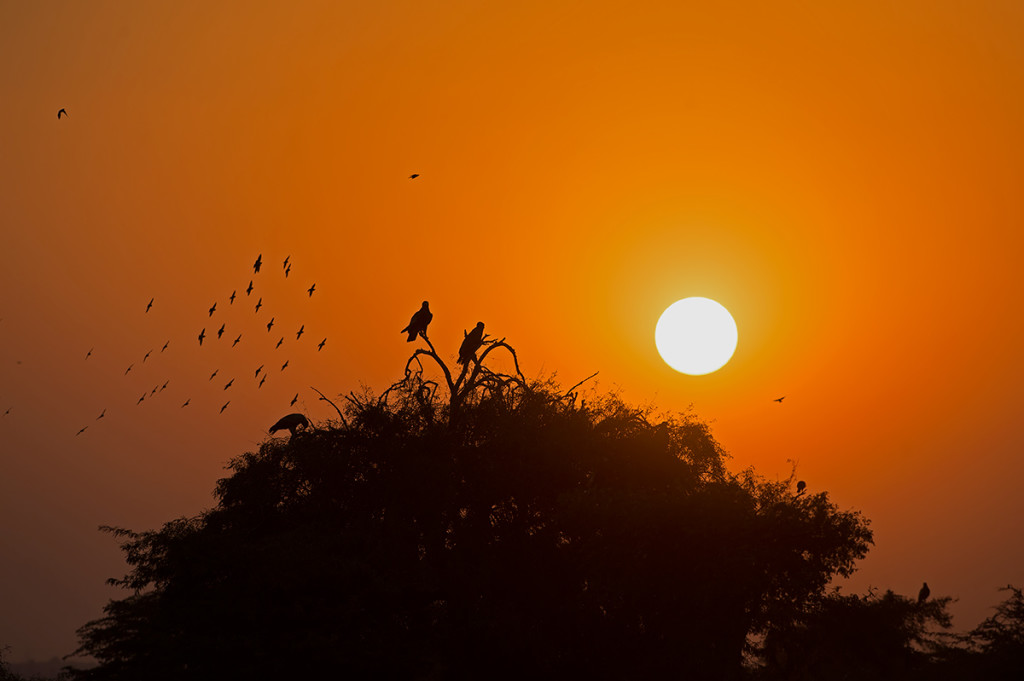 This is how we ended our day at Jorbeed. A couple of Eagles on the trees and a flock of Yellow-Eyed pigeons flying all around.