It’s all about a ‘FISH’ for these wonderful water birds called the River Terns. Fish, not only constitutes a major part of the bird’s diet, but also has a very pivotal role to play in the bird’s life cycle. Birds of the Tern family, these River Terns , as their name implies, are mostly confined to the fresh water areas and are resident breeders along the inland waters in most parts of India. Each year, from early March till June, is their breeding season and these birds come in their thousands to a small island on the backwaters of the Bhadra reservoir in Shimoga. They flock to this place to start a new chapter in their lives, to find a prospective mate and bear their young. It is here, that all seems to get very fishy, fishy… :-) The little fresh water ‘fish’, known as the ‘Minnows‘, found abundantly in these backwaters, become a very crucial part of their lives. Everything starts with the male river terns trying to woo the prospective females. Female river terns sit quaintly on the island waiting for a male to entice them with an irresistible trinket. When a male has to approach a female to pop the question ‘will you marry me’ , it isn’t with a resplendent diamond ring, but with a juicy little ‘FISH’ :-) It turns into a complete melee out there, with the males flying around relentlessly and diving into the backwaters in an attempt to catch a fish. Fishing is no mean task. It takes a lot of effort, skill and numerous attempts to finally make the catch. The males, which have been able to successfully fish, return to the island, looking for a female to offer it to. 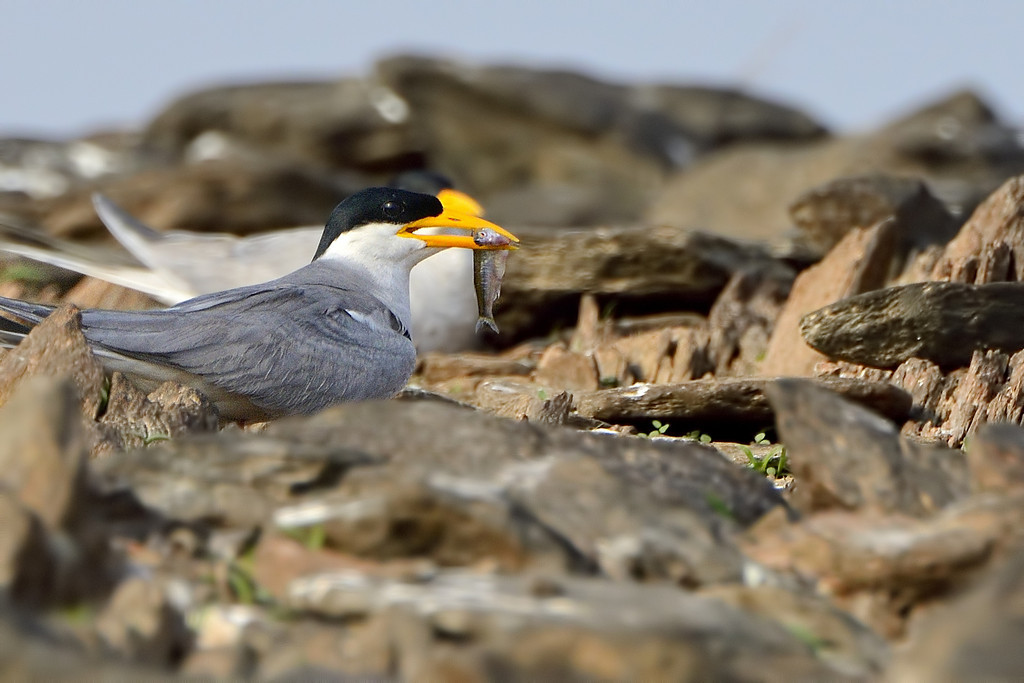 Some of the lazier river tern males seem to try and take an easier way out, by stealing the fish from other males which have made a catch. They can be seen chasing those with a fish, to claim it for themselves and try their own luck with the females. 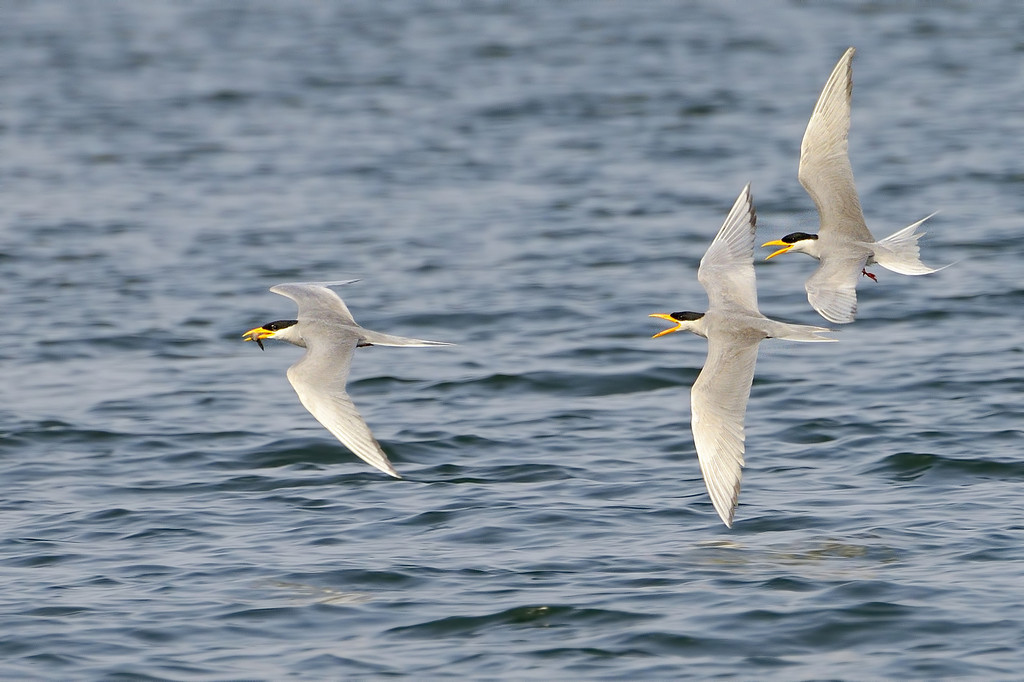 Amidst all the chaos and the reverberating cacophony of the multitude of river tern calls and squabbles, the males have to keep their attempts going. Constantly flying around with their catch…… 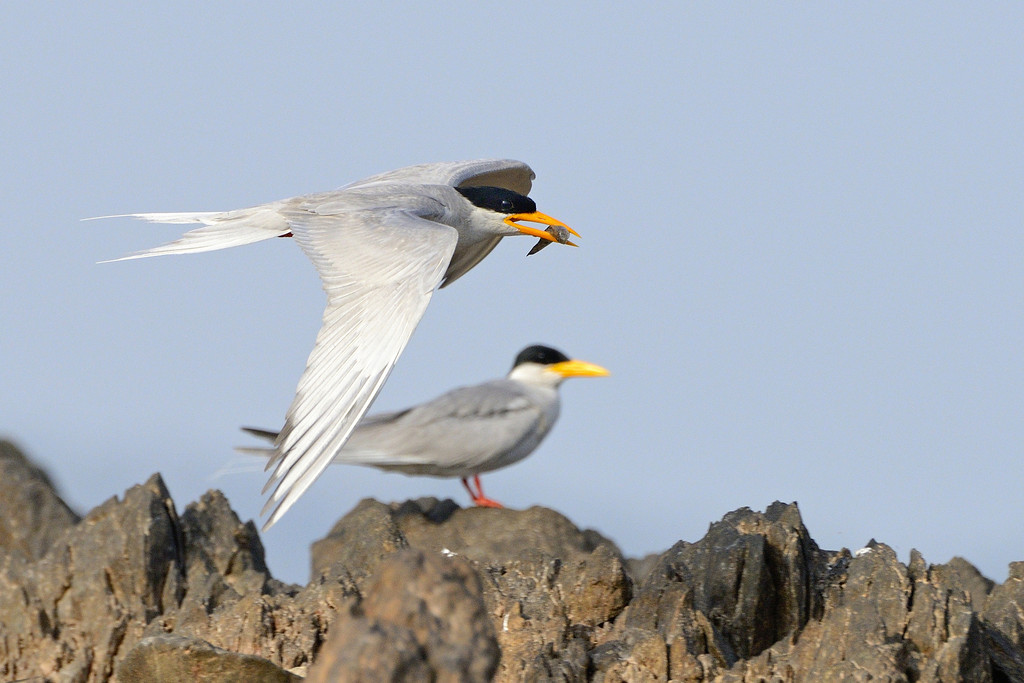 And landing on the island now and then, to try their luck with the awaiting females. 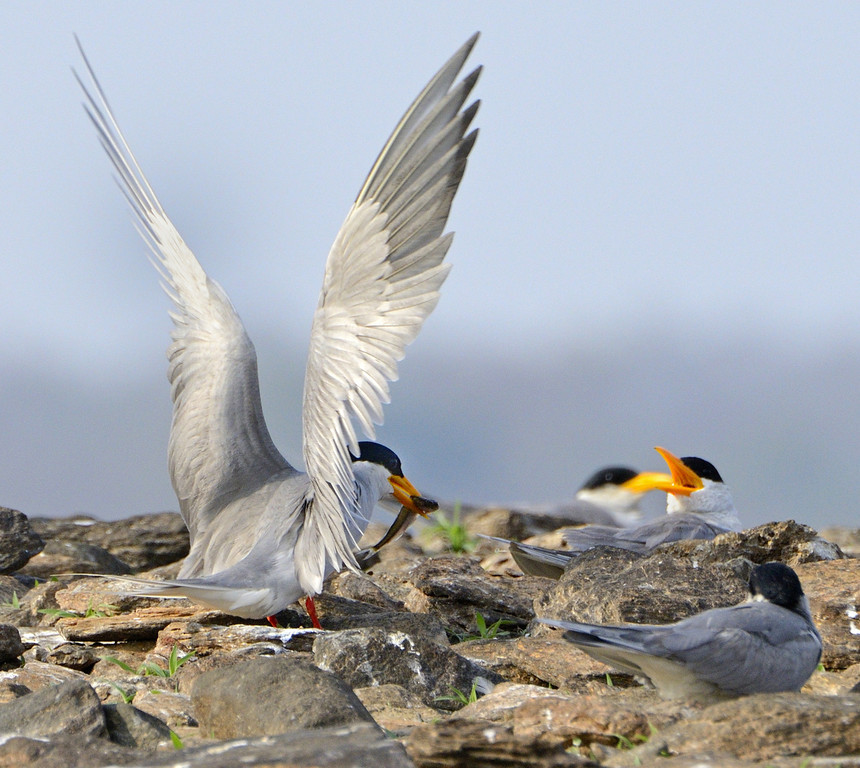 After many such attempts, a male might, at last, find an accepting suitor, with a female finally choosing to take the offering, a way of saying ‘Yes, I will or I do’…. 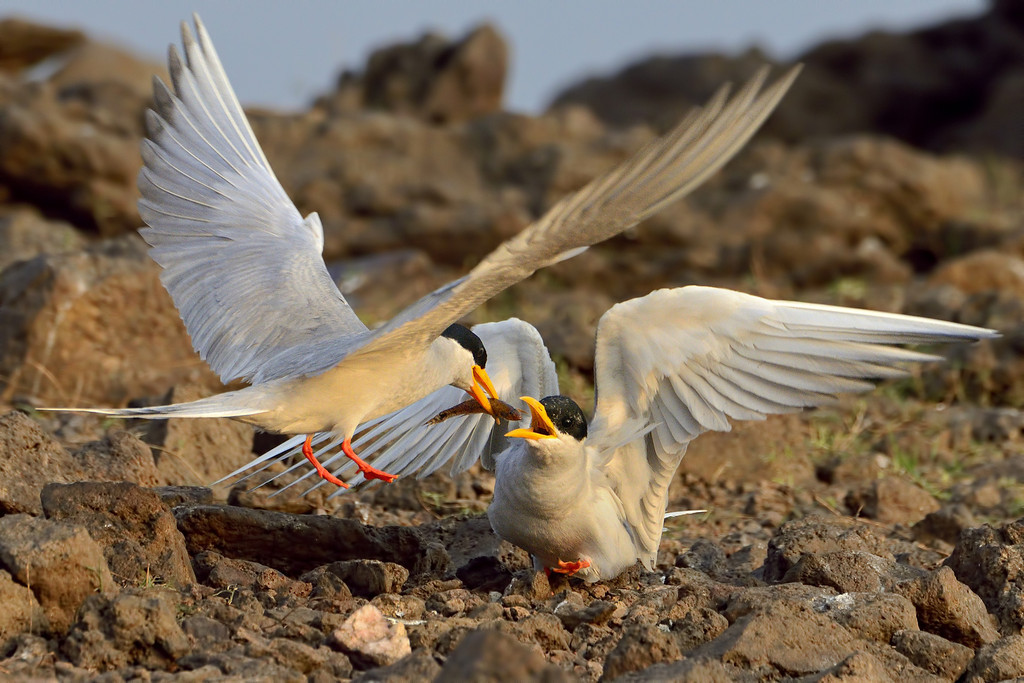 Thus, they become a pair and their courtship begins, marking a new phase in their lives……

Mating is yet another challenge for the pair. Many of the other males around try very hard to disrupt the pair’s time together, with all their cracklings and squabbling and also attempt to take over the female. 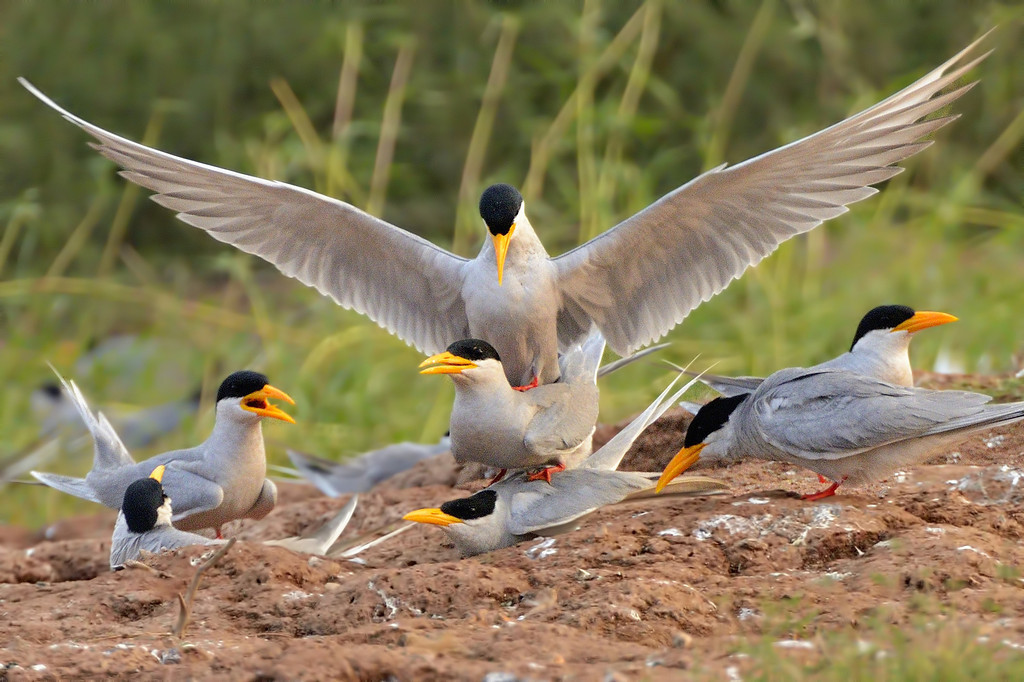 Tirelessly, having gotten past all the hurdles, the pair does get together. Then, follows the period of nesting. A small pit of sorts is dug up on the rocky island or space made among the crevices between the rocks, wherein the eggs are layed. Once the eggs are layed, the parents take turns in caring for them. While one sits on the nest, the other goes out to find food, coming back with a ‘FISH’, mostly. This mode of fending for themselves and their young ones as they hatch, goes on till the young are old enough to find food on their own. Just as the heavy monsoon sets in, the water levels start rising and slowly the small island begins to go under. The river terns are then ready to bid adieu to the place and fly away on their life’s journeys, to be back the same time, next year, for yet another fishy encounter. A little fish of the fresh-waters, thus, partakes in the river tern’s life cycle in quite a big way, a very ‘fishy’ tale indeed…. :-)