Before the break of dawn at Daroji Sloth Bear Sanctury we heard the calls of sweet bulbul's sing notes of romance which promised to be a day to remember and a day to full of excitement. The sun was early, as we got ready for morning tea, our jeep was eagerly waiting for us like morning flower in full bloom. Sharply at 6 AM we left our campus for our first safari of the day, we were on the look out for an apex predator in the rock area.

The man made canal which are built with huge rock boulders are great Eagle Owl habitats, on the four wheel drive my heart pumped the desire to watch those predators in their natural habitat. Scanning through those rocky canals we spotted a Spotted owlet, who had made her nest in one the holes on those canal walls. Masters of camouflage are these tiny owlets, without great binoculars and knowledge, one could easily miss them and without a steady tripod it would be tough to get the camera to focus on them as well. We spent few minutes admiring her adaptation to this rocky habitat.

As we surged forward, our guide stopped for a moment and within few seconds our guide was pointing out to a spot. After which even I started scanning that spot through my binoculars, was not able to make out what we were looking for or what I need to look for. This is was the first time I was going to catch a glimpse of this predator however even with the binocular it was tough to spot him. Then my wife asked me to watch out for the orange color eyes of the owl straight ahead. Finally I spotted him looking right at us, what a spectacular individual, such bright and captivating eyes and what blending in. We spent about half an hour watching this individual, she hardly moved. Moving on we spotted two more indiviuals, an adult and an juvenile. It was a great morning safari! 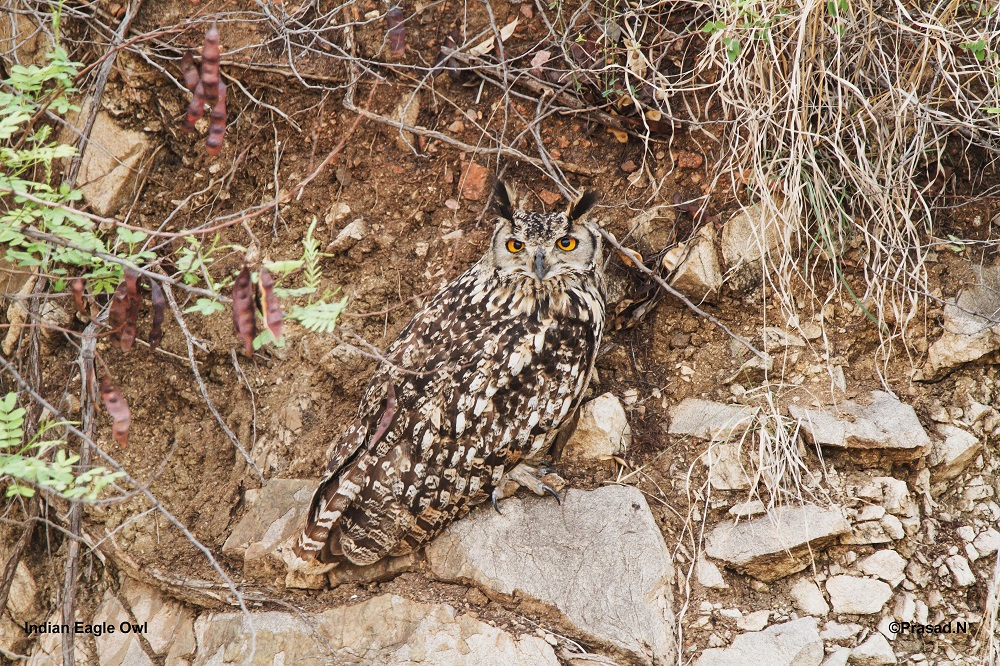 After a exciting morning safari we had a delicious breakfast and continued our birding inside the JLR campus. They have few waterholes inside the campus which attract all the native birds, there is a hide built for birdwatchers, we could sit down quietly and watch all these native birds at close distance without disturbing them. Two juvenile Grey Francolins greet us as soon as we sat inside the hide, they were constantly looking up before drinking water, later in the day I was informed that a Shikra was patrolling the area hence this caution. 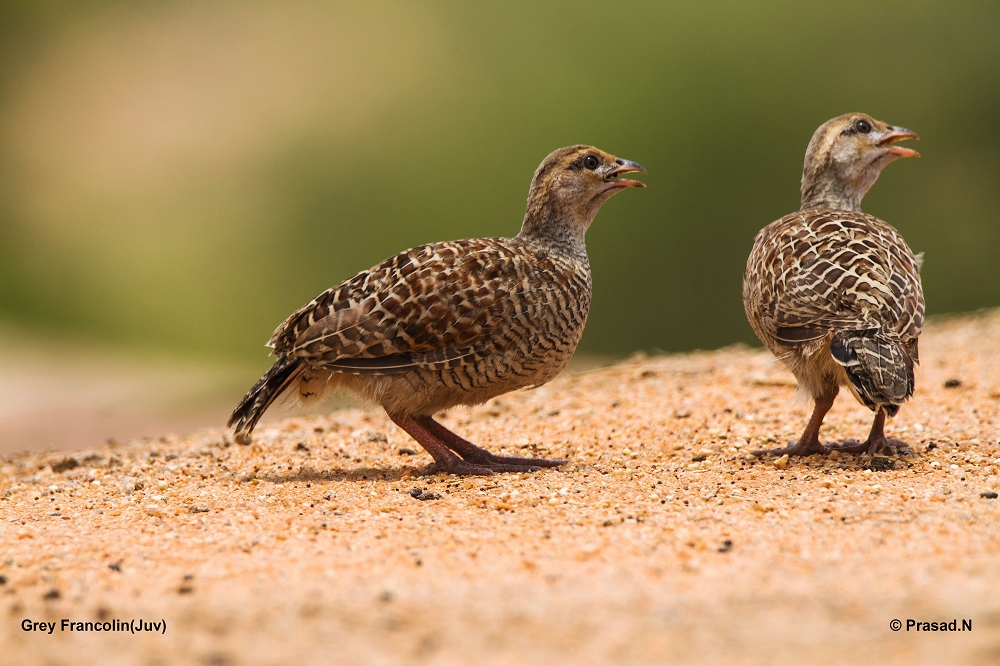 Until lunch we watched many native birds like Redvented bulbuls, Silverbills, Whitebrowed bulbul, Laughing dove, spotted dove, it was thrilling to watch these many birds at this close distance. We headed for lunch and I was looking for the evening session already. At the start of evening session, we saw two adult Grey francolins at the waterhole, with same behavior, while one kept watch, the other had a drink. 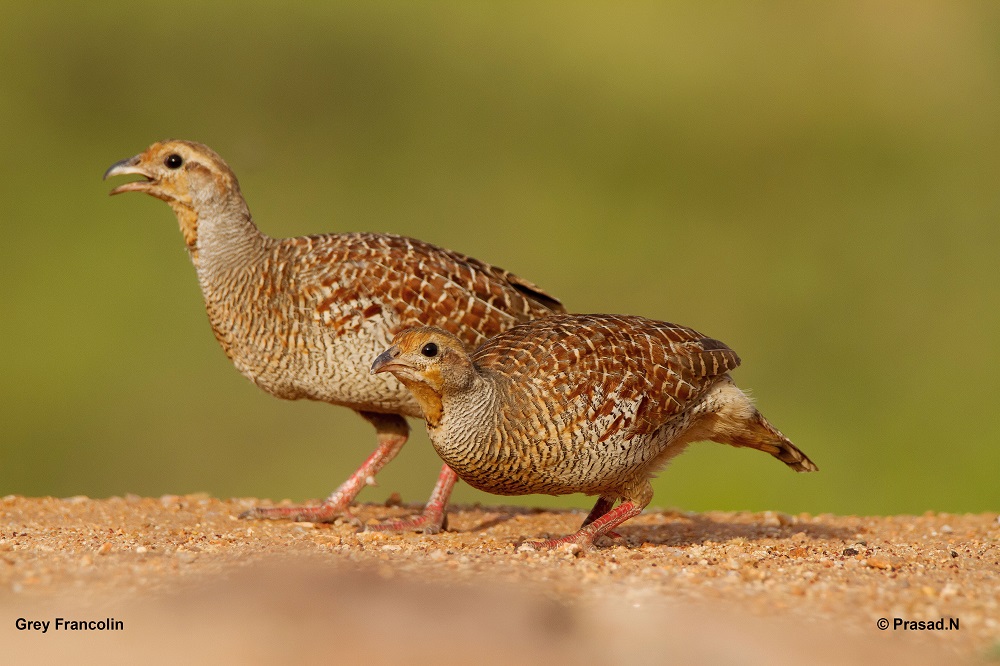 Brahimny Starlings made their way, not only did they have a drink they were noisy as well however they were not looking up, strange isn't it. 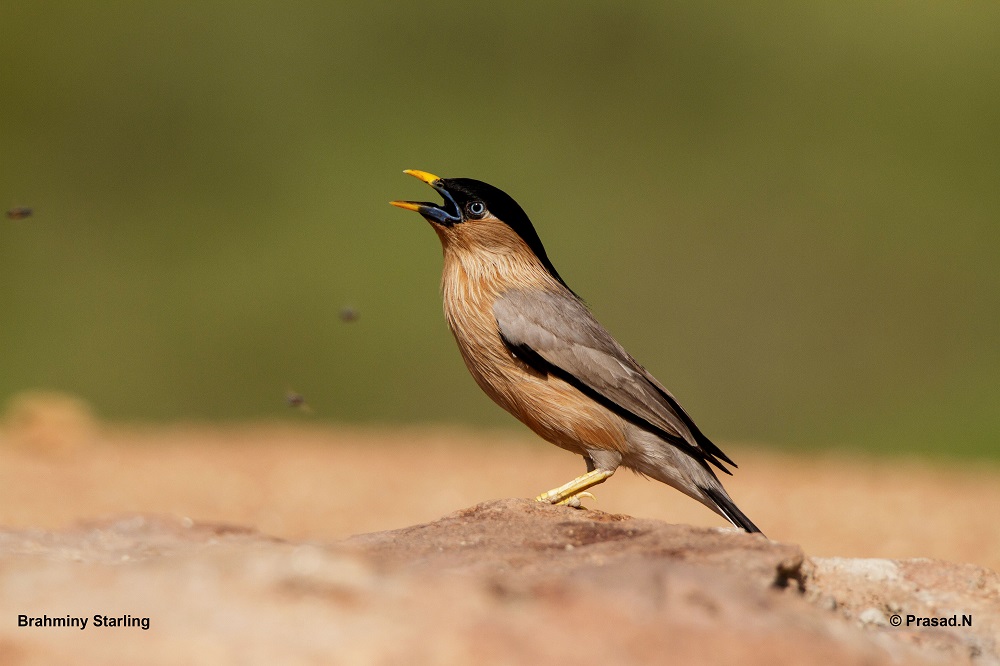 Few Jungle babblers also visited the waterhole, they are called seven sisters since it is believed they travel in groups of seven. However we were not able to spot more than two at a time. Even they were not looking up, may be the Shikra had already moved on. 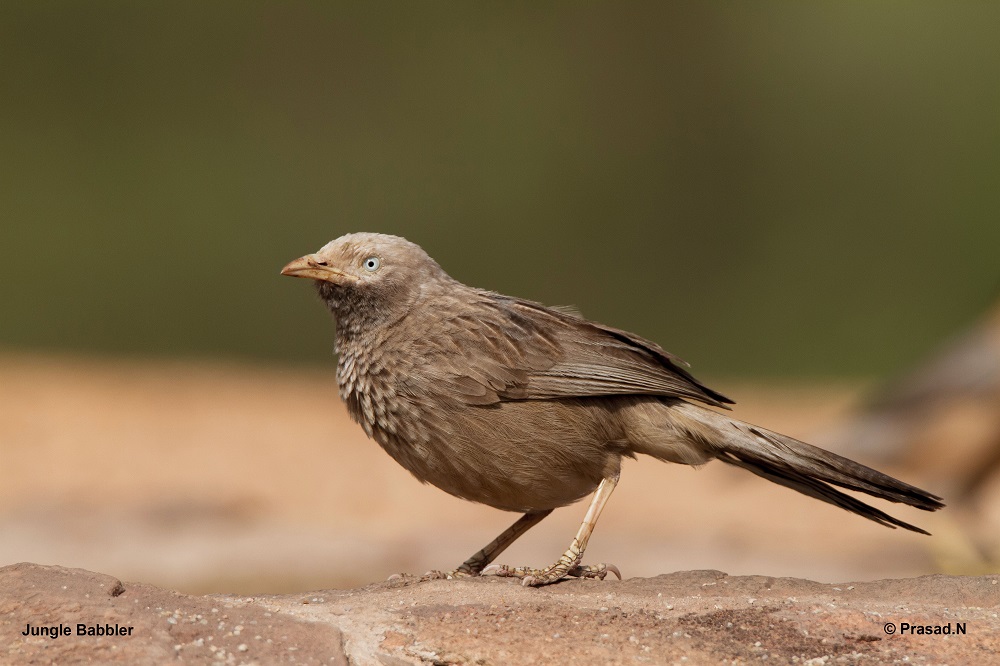 This campus is Sparrow friendly, why I say that is because they have so many bird feeders at the reception area which feed so many sparrows, occasionally these sparrows visit the waterhole as well for a dip or two. 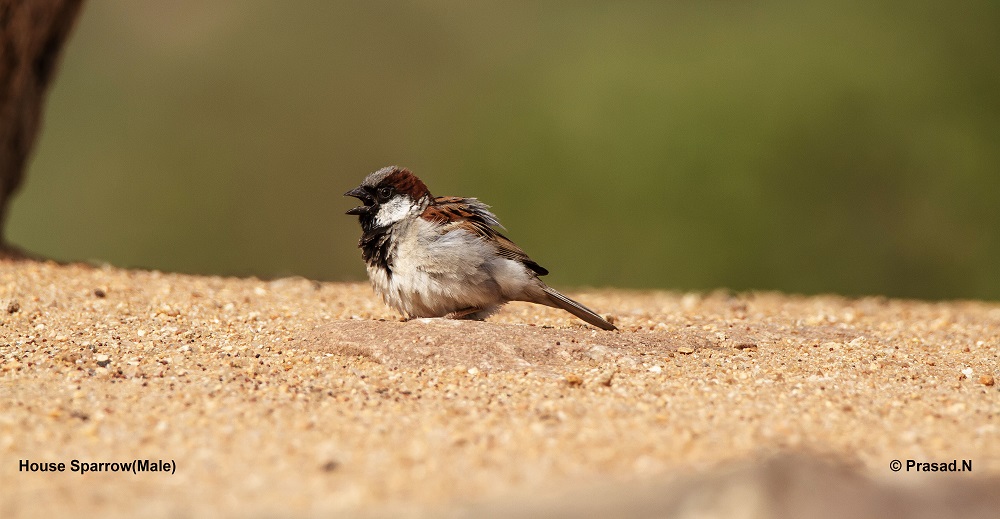 I was excited to spot this Long tailed Shrike, she was trying to catch few flying bees around. 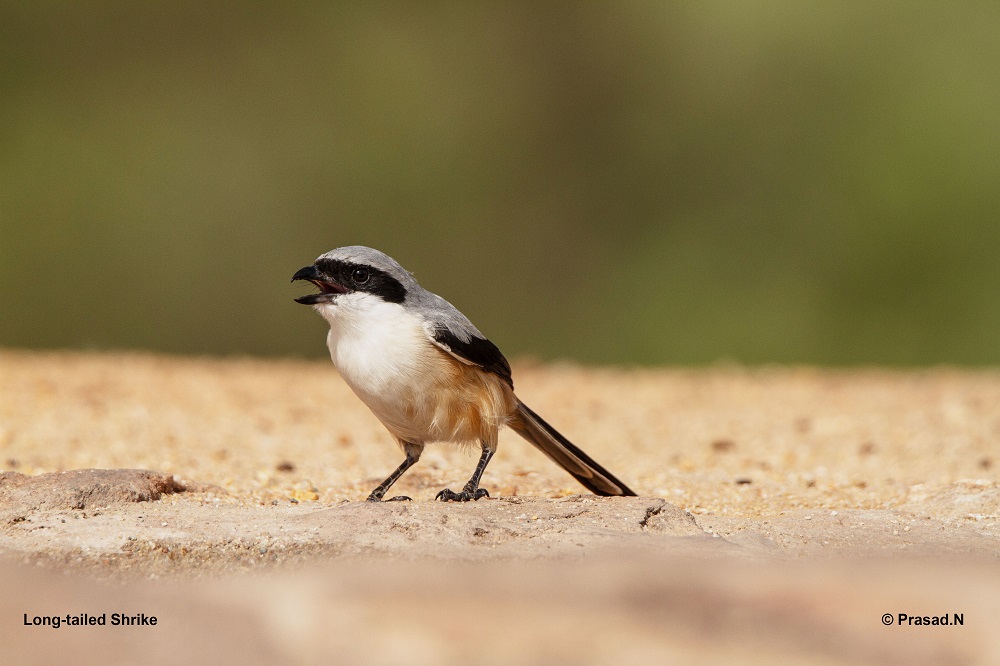 Sun was setting in the far west and we were still waiting for the stars and all of a sudden a bunch of Jungle bush quails made their way, it was the most memorable sighting of the day, to be able to watch both male and females so close is more than one can ask for! 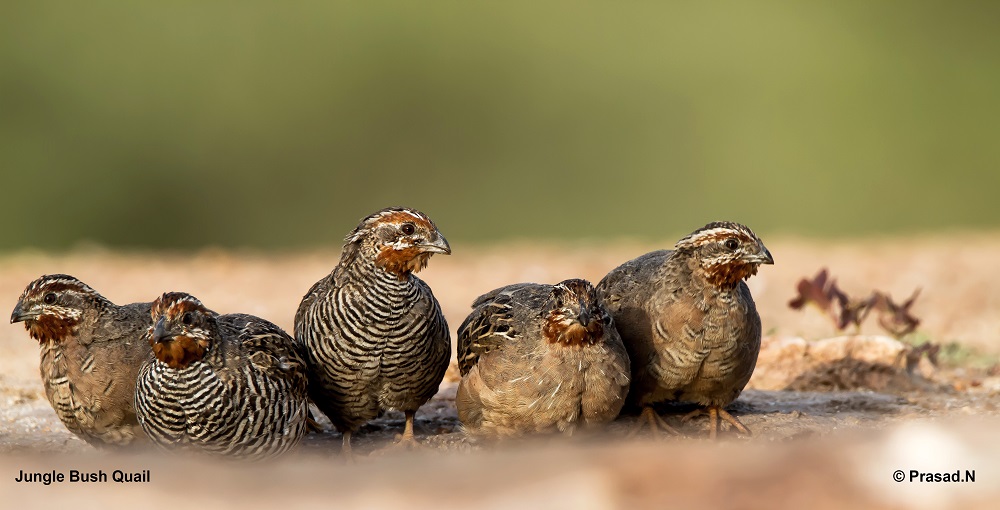 Then in the end last but not the least the most colorful of them all came through, the Painted spurfowl(Male)-Bannada Chittu Koli. He had all the colors from my color palette, apart from the peacock, he's the most colorful bird down south, what a bird! Males being so colorful have a role to play, they need to attract females by displaying these colors. The more vibrant his colors the healthy his genes, its nature's way of natural selection of the fittest! 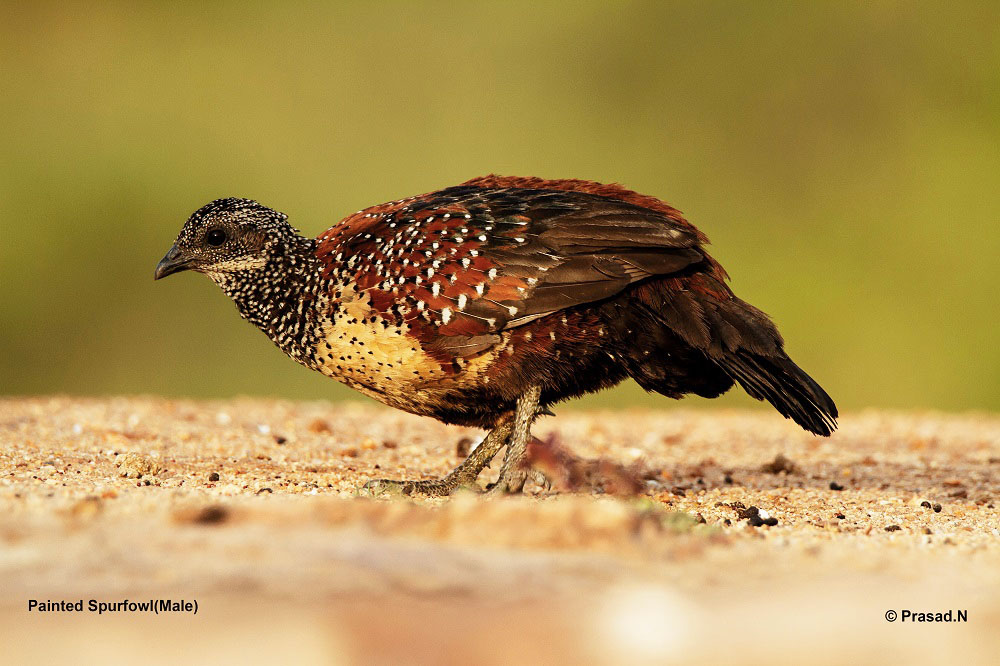 Not far behind Painted spurfowl(Female) also made her way through, at one point of time we watched almost all the native birds quenching their thirst at sunset and so did we from the hide! 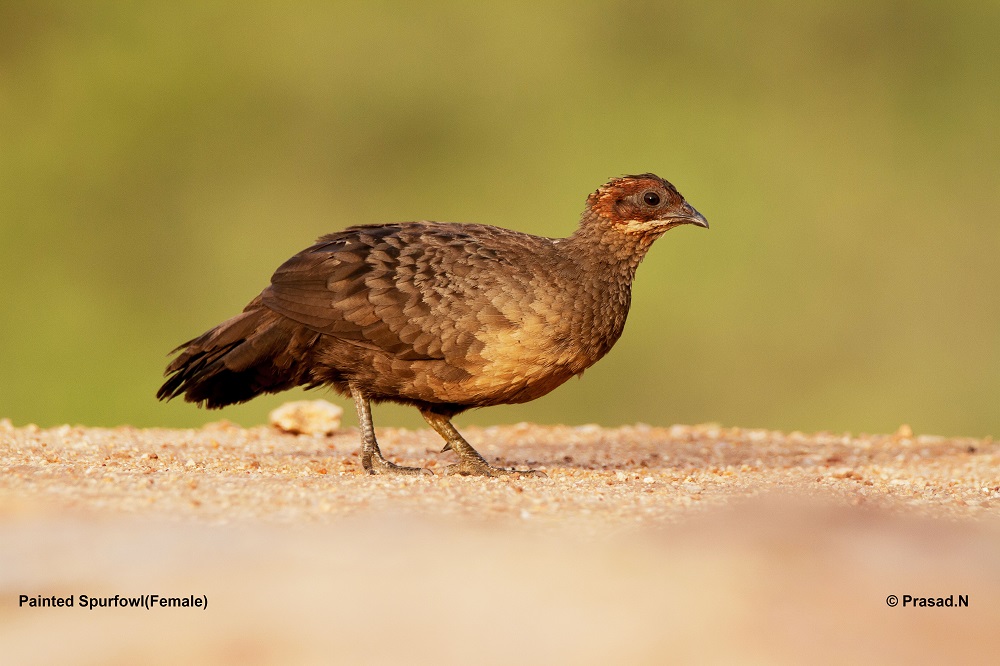 As the sun pulled down his curtains on us, we bid enchanting Daroji Bear Sanctury goodbye with lasting memories!