During my trip to Jog Falls, back in August of 2011, I went out for an evening birding session around the estates that surrounded the home-stay where we were boarding. As I was walking by a small muddy path, I heard some screeching and weird noises from the bushes. I had never heard such a sound before and was not sure what was making such a weird noise. It took me a minute or so to find the source and to my surprise, it was a green vine snake trying to eat a frog.

Surprising element was the frog putting up a fight against the snake! As each second passed by, I could see that the frog was bloating itself to make itself larger, which would make it harder for the snake to swallow.

I observed this struggle between life and death for a minute or so, from both the predator’s and prey’s perspective and then within a couple of seconds, the snake vanished into the thick bushes.

So who do you think won that evening : Frog or the Vine Snake ? 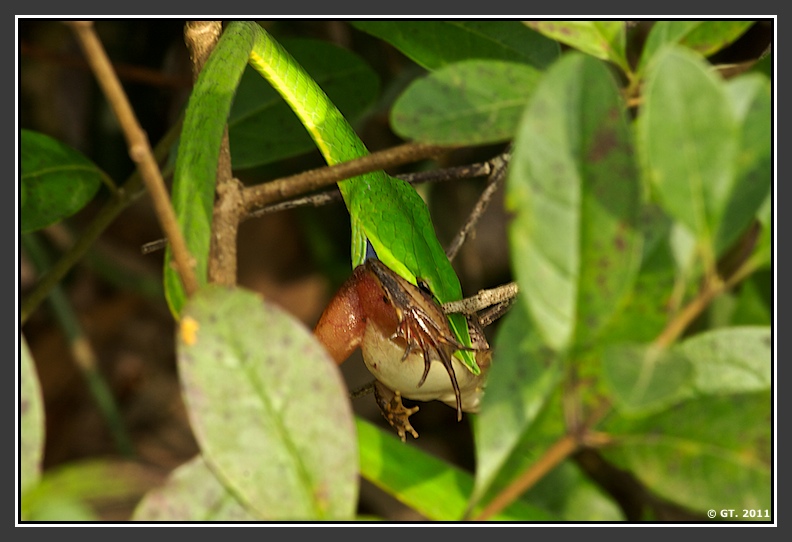 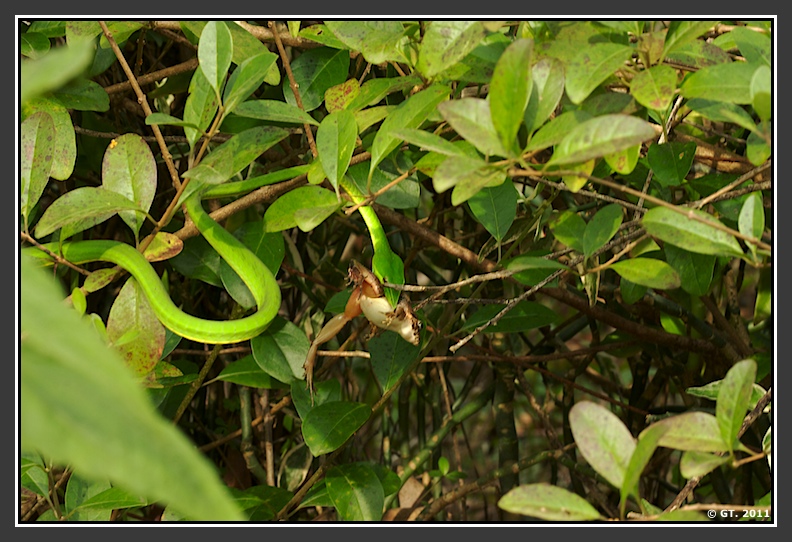 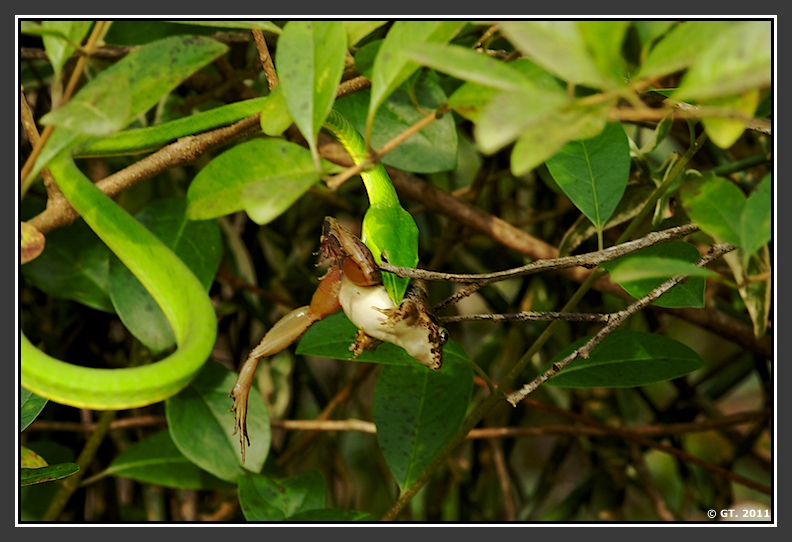 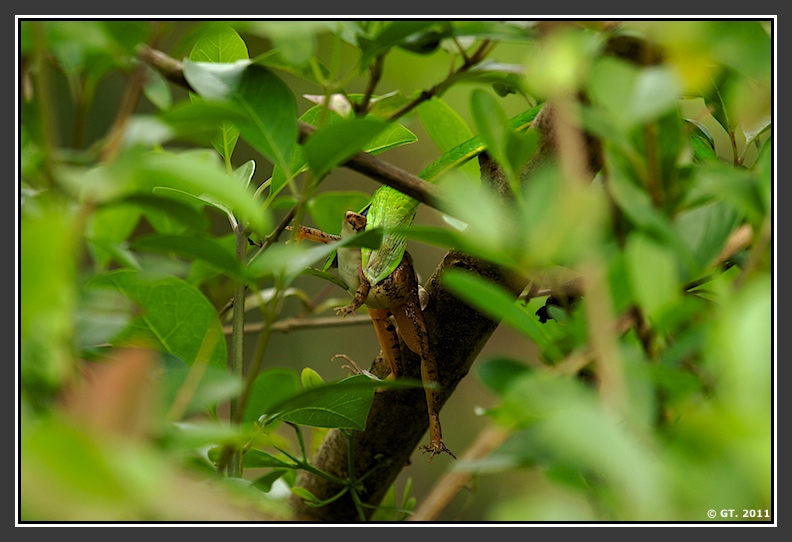