Shy, elusive, charismatic, stealth are few known characteristics of a leopard. Spots all over their body, gives them an appalling fancy look. They primarily inhabit tropical rain forests, evergreen forests, moist deciduous forests, dry deciduous forests and temperate forests. They are also often seen in the fringes of cities and villages.

Similiar to other parts of its distribution, human-leopard conflict is present in Karnataka too. As Nagarahole National Park lies between Coorg, Hunsur and HD Kote, reported sightings and appearances of leopards close to human habitation are high.

It is generally observed that forests with high density of tigers are not home for many leopards, is this because leopards are not known to outsmart tigers? May be. Leopards generally enter human inhabited villages and lurk around those areas in order to spend less time hunting, as food is easily available around humans(Cattle like goat, cow and buffalo). Domesticated animals are generally easy prey when compared to wild animals.

This was an unplanned visit to one of my favorite place-Nagarahole National Park, also known as Kabini. Fondly, the place is called 'The Leopard country', this forest perhaps has the highest population of Asiatic leopards found anywhere in India and offers an amazing wildlife experience. 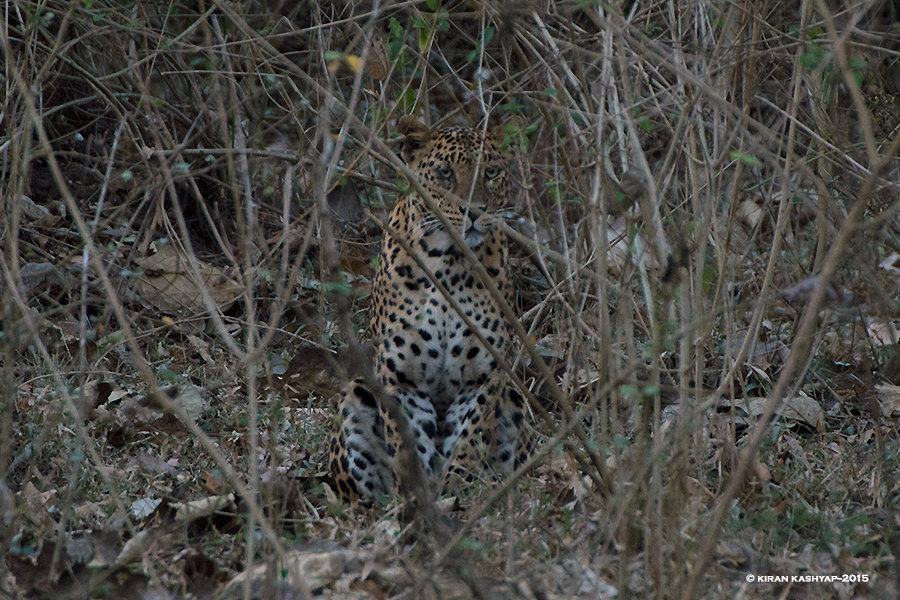 We set off on an evening safari with hopes of finding these royal cats. Two hours of extensive search did not yield anything. JLR vehicles roamed from one zone to another in search of action. We then heard a call from hanuman langurs. Their continuous calls alerted the whole forest. We drove in the direction from where the call came, stopped and waited.

Summer had begun, the forest was dry. Thickets of forests had turned from green to dark shades of brown. There was hardly any movement in the bushes. Dusk was closing in quickly and light was low, but we managed to find the elusive cat! It was extremely difficult for us to spot the cat as it blended with the color of dry bushes. 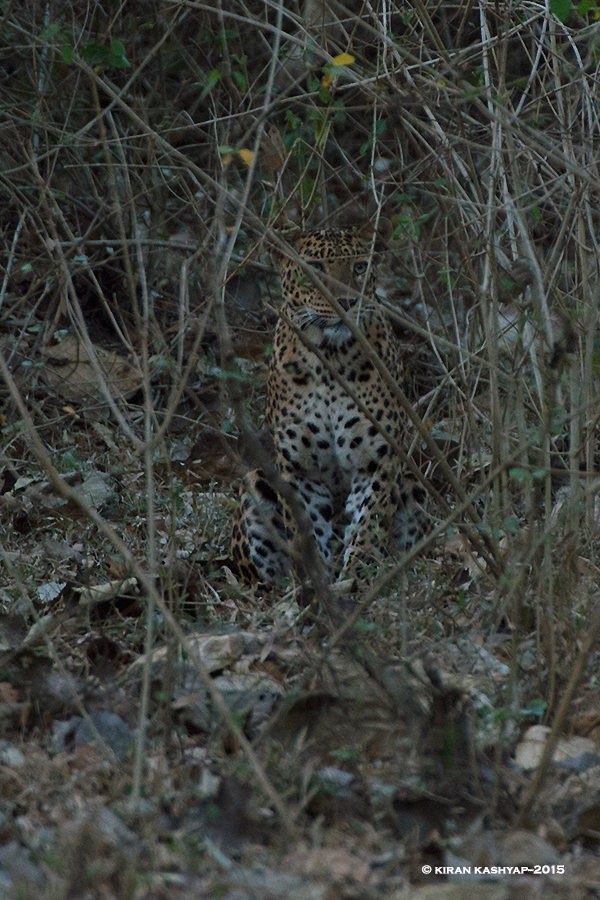 The following day was also an action packed journey amidst the dry jungle. We entered Mastigudi range without a naturalist. We spotted a prowling leopard hardly few yards away from the range entry gate. It was behind a fallen tree, waiting for the right moment to pounce on a herd of deer. But the noise made by our jeep engine distracted the herd, the leopard immedietly retreated into the bushes. 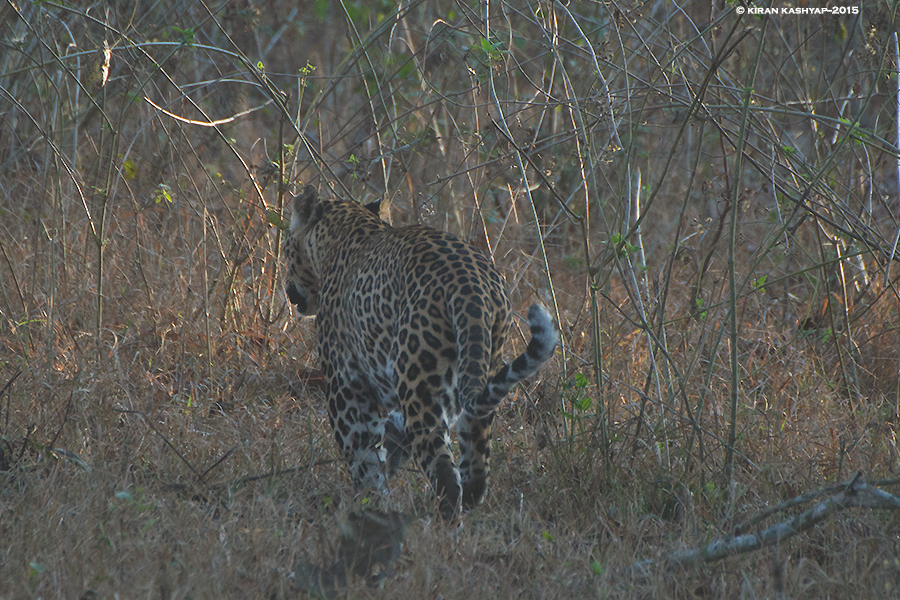 All I could capture was the leopards back!

It was difficult for us to keep track of this prowling cat, it evaded us completely. The phantom was in desperate need of prey. After several rounds of intense search we finally found him on top of a tree, possibly trying to sleep. Leopard perched on a tree? Yes, it is a WOW moment!

The Phantom on tree

Apart from leopards, the forest also offered us sigtings of other interesting wildlife. Jackal with puppies, fight between two elephants siblings and a peacock dancing were some of the highlights. 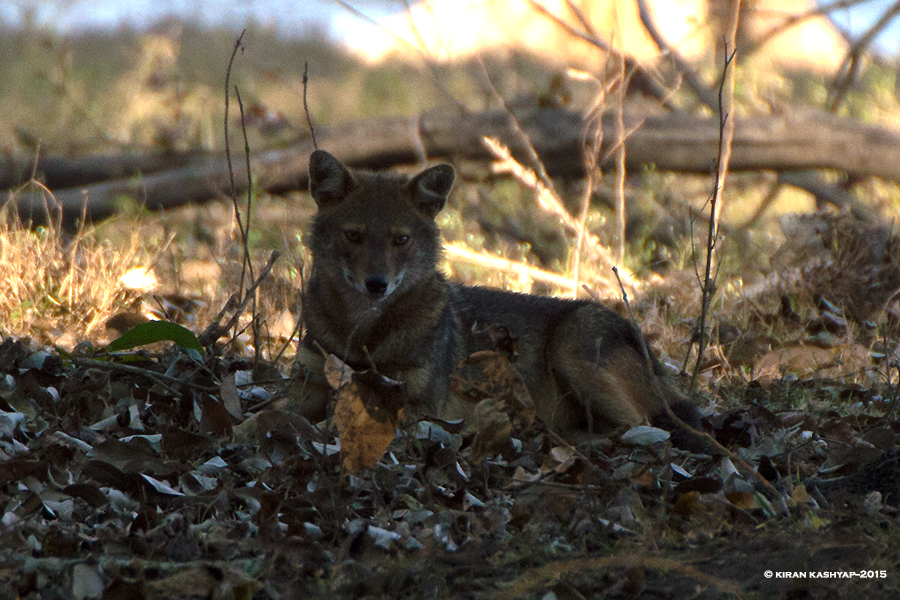 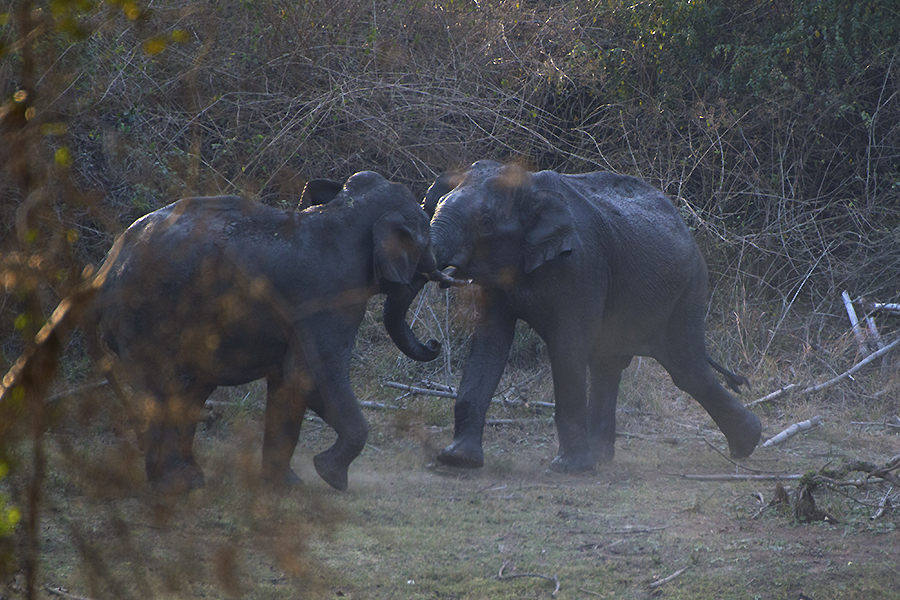 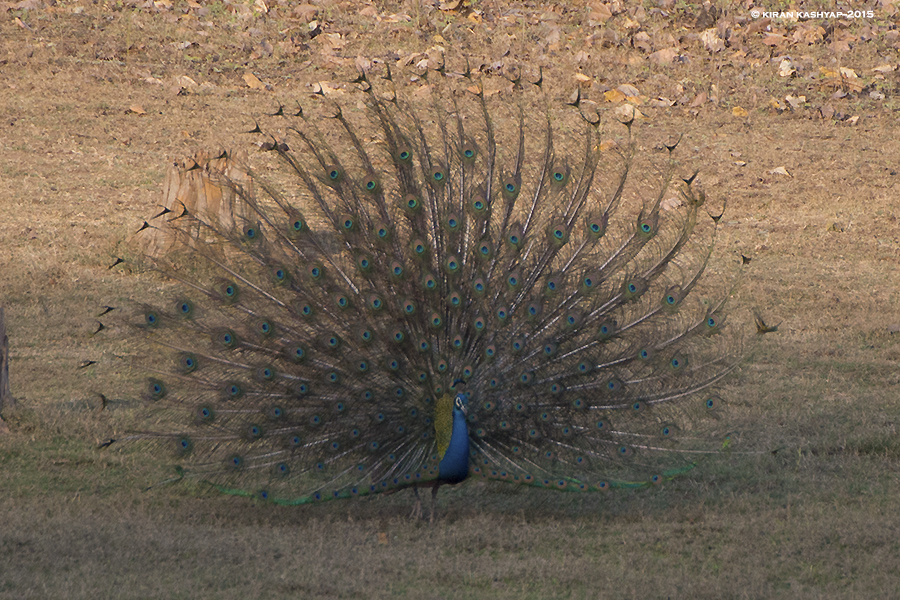 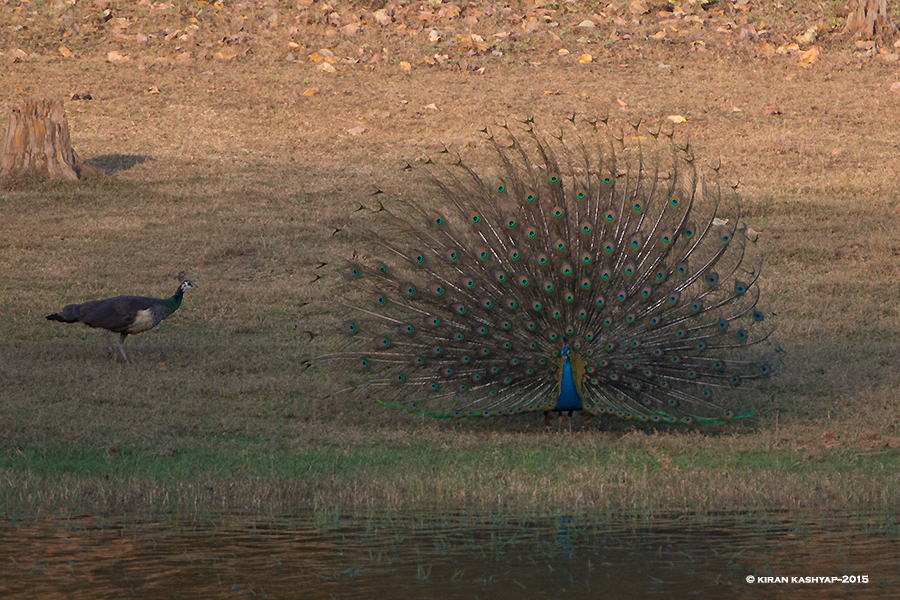 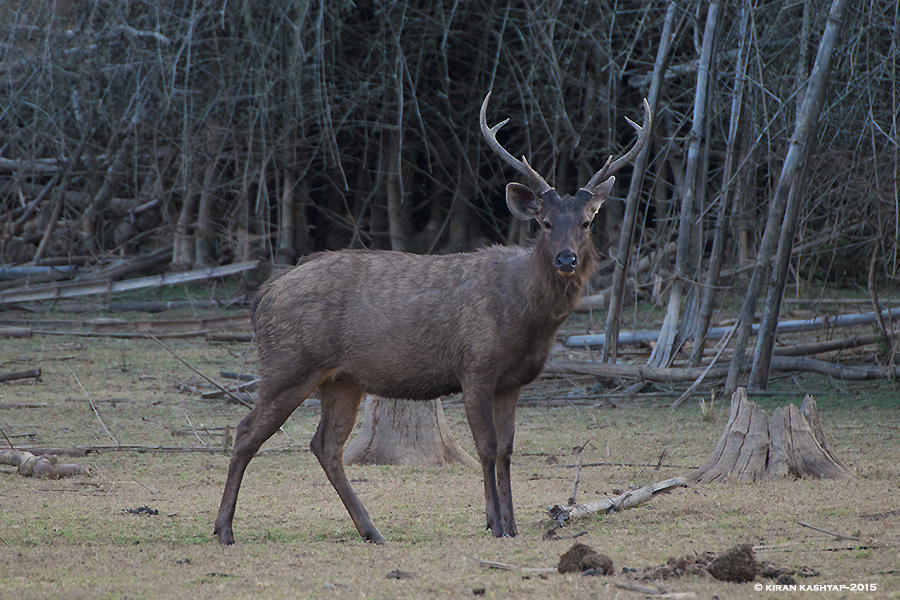 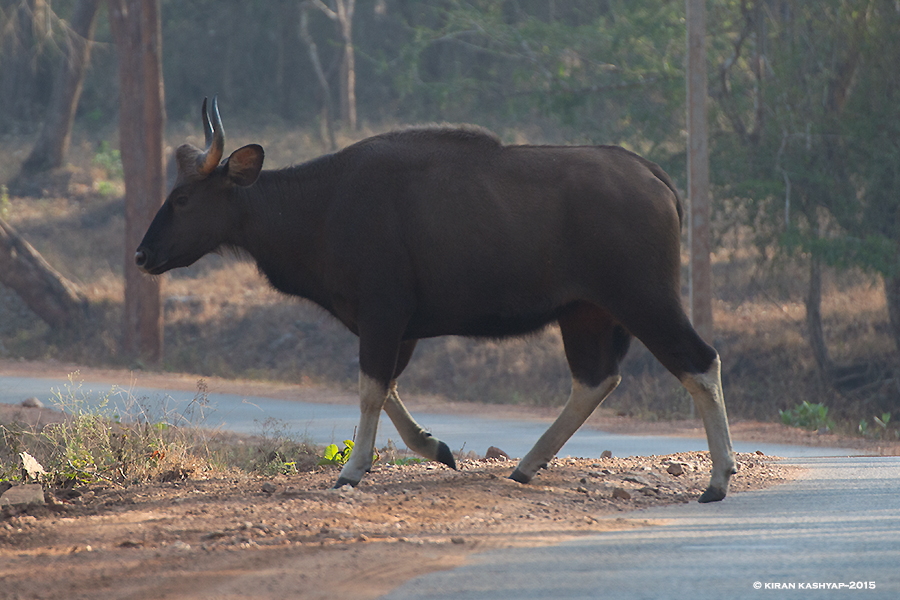